We are here for you to provide the important Current Affairs December 11 2018, which have unique updates of all daily events from all newspapers such as The Hindu, The Economic Times, PIB, Times of India, PTI, Indian Express, Business Standard and all Government official websites. NITI Aayog Launches Global Hackathon on Artificial Intelligence
NITI Aayog in partnership with a Singapore based AI startup ‘Perlin’ launches ‘AI 4 All Global Hackathon’ to develop AI Applications to make significant positive social and economic impact in India.
i. NITI Aayog is inviting developers, students, start-ups and companies to participate in the Hackathon.
ii. This Hackathon is a part of National AI Strategy which has a vision to expand the idea of “Artificial Intelligence, AI for All”. i. The Tourist Circuit will consist of destinations including:
Delhi, Bodhgaya, Nalanda/Rajgir, Varanasi/Sarnath, Lumbini, Kushinagar, Sravasti and Agra.
ii. According to the IRCTC website, the train will depart on December 8 and December 22 completing a 16-day tour.
Portal for booking of tickets are: https://www.irctcbuddhisttrain.com/.
iii. Earlier, Indian Railways launched another tourist circuit train called the Shri Ramayana Express.

Kazakhstan opened consulate, under Dilip Chandan, in Gujarat to push business ties
On December 10, 2018, Kazakhstan opened a consulate,under the leadership of the managing director of Chandan Steel Limited, Dilip Chandan,in Gujarat to further business partnership.
i. The consulate was inaugurated on the eve of the 27th Anniversary of the Independence Day of the Republic of Kazakhstan.
ii. It would help in enhancing development of mutually beneficial cooperation between Kazakhstan and India in the fields of IT industry, engineering, tourism and transport and logistics infrastructure, as well as agriculture.
Other News:
i. On his visit for the inauguaration, Kazakhstan Ambassador to India Bulat Sarsenbayev, delivered a lecture at the University of Gujarat about the latest achievements in the India-Kazakh bilateral relations.
ii. He also addressed the round table of the Chamber of Commerce of Gujarat, to showcase the investment opportunities in Kazakhstan.
Background:
Kazakhstan has plans to link Gujarat’s Mundra Port via multimodal transport through Iran.
Kazakhstan:
♦ Capital: Astana.
♦ Currency: Kazakhstani tenge.

Second edition of exercise AVIAINDRA 2018 commenced between IAF and RFSAF at Jodhpur
On December 10, 2018, 11-day long AVIAINDRA 2018, the 2nd edition of bi-annual air service exercise between Indian Air Force (IAF) and Russian Federation Aerospace Force (RFSAF), commenced at Air Force Station Jodhpur,Rajasthan.It would conclude on 21 December 2018.
i. The exercise would be conducted in 2 phases and is unique in nature, where in the foreign participant does not bring its air assets.
ii. The inaugural IAF-RFSAF,Ex AVIAINDRA was conducted in 2014.

Shi Yomi became 23rd district of Arunachal Pradesh
On December 9, 2018, Arunachal Pradesh got Shi Yomi as its 23rd district after its inauguration by Chief Minister Pema Khandu in presence of Union Minister of State for Home Kiren Rijiju.
i. The district,consisting of four circles — Mechuka, Pidi, Tato and Monigong — was carved out of West Siang district.
ii. This including two other districts- Pakke-Kesang, Lepa Rada– was created after the approval of District Re-Organisation Bill, 2018 on August 29, 2018.
iii. The Pakke-Kessang district was carved out of East Kameng district with five administrative units namely Pakke-Kessang, Seijosa, Pijiriang, Passa Valley and Dissing Passo with district headquarters at Lemmi.
iv. Lepa Rada was created by bifurcating the Lower Siang district with headquarters at Basar with four administrative units – Tirbin, Basar, Daring and Sago.

TN Government launches 24-hour helpline 181 for women
On 10th December 2018, Tamil Nadu Government launched a 24-hour toll free helpline number 181 for women facing domestic violence and sexual harassment to get assistance ranging from police help, legal aid or medical services including ambulance.
The Service developed at a cost of 62.70 lakh will be available round-the-clock on all days of the week and women can also get information about the welfare schemes aimed at their benefit. 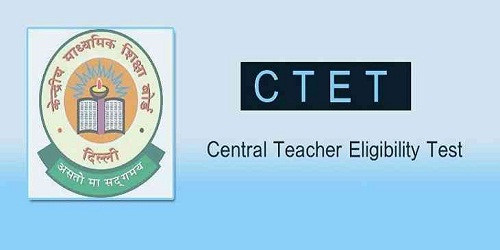 Key points:
i. As many as 16,91,088 teaching job aspirants took the Central Teacher Eligibility Test (CTET). Among them the number of female candidates were 9,78,818 while male candidates numbered 7,12,071.
ii. 199 transgender candidates also participated in the 11th edition of the teacher eligibility test while 33,107 differently abled candidates filled their applications for the exam this year.
iii. This year onwards, the score cards and CTET certificate will be given to the candidates in a digital format. CBSE will create DigiLocker accounts of the candidates and digitally signed certificates will be legally valid as per the IT Act.
iv. The mark sheets and certificates will contain encrypted QR code and can be downloaded using the login credentials that will be sent by the board.
About Central Board of Secondary Education (CBSE):
♦ Chairperson: Anita Karwal
♦ Headquarters: New Delhi

UN conference adopts migration pact despite withdrawals
On 10th December 2018, A United Nations Conference in Moroccan city of Marrakesh adopted a global pact “The Global compact for Safe, Orderly and Regular Migration” to better handle migrant flows despite a string of withdrawals driven by anti-immigrant populism.
The pact is described as a “Roadmap to prevent suffering and chaos” by UN Secretary General Antonio Guterres.

RBI to implement an Ombudsman scheme for digital transactions
On 5th December 2018, the Reserve Bank of India (RBI) said that it will implement an ‘Ombudsman Scheme for Digital Transactions’ covering services provided by entities falling under Reserve Banks regulatory jurisdiction.
Key points:
i. The scheme will be notified by the end of January 2019.
ii. The ombudsman scheme will provide cost-free mechanism to redress grievances of customers related to digital transactions to strengthen consumer confidence.
iii. In another customer protection initiative, the RBI has issued instructions on limiting customer liability in respect of unauthorized electronic transactions involving banks and credit card issuing non-banking financial companies (NBFCs) and will very soon work out a frame work for the same purpose involving transactions of prepaid payment instruments PPIs like mobile wallets.
About Reserve Bank of India (RBI):
♦ Governor: Urjit Patel (resigned on 10th December 2018)
♦ Headquarters: Mumbai Click here to read the Entire Medal Winners
ii. Additionally, Singapore’s Mediacorp and CNN won a tally of 5 awards each.

DMK MP Kanimozhi gets the best woman Parliamentarian Award
On 13th December 2018, Dravida Munnetra Kazhagam (DMK) Member of Parliament (MP), Kanimozhi will be awarded as “Best Woman Parliamentarian – Rajya Sabha” by the Vice-President of India, M. Venkaiah Naidu at Dr. Ambedkar International Center in New Delhi.
Key Points
i. A 10-member board of Jury of eminent personalities headed by Murali Manohar Joshi selected Kanimozhi for the award presented by Lokmat Group of Newspaper.
ii. She has been awarded for her outstanding Contribution in Parliament and Strengthening Democratic Values and Principles for Several Decades. 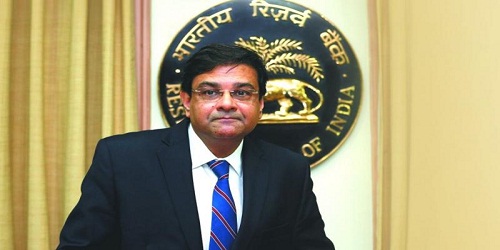 i. The resignation of the former governor was imminent from the recent government-RBI tussles on a host of issues, including:

ii. With his resignation,he has become the first governor since 1990 to step down before the end of his term.
iii. He succeeded ex-RBI Raghuram Rajan in September 2016 and his term was due till September 2019.
iv. Prior to being the governor of the central bank, he was the deputy governor in RBI.

Wasim Khan appointed as PCB’s Managing Director
On 6th December 2018, Pakistan Cricket Board (PCB) appointed Wasim Khan, CEO of Leicenstershire County Cricket Club as the Managing Director of PCB.
The former Warwickshire batsman, Wasim Khan who had played 58 first-class matches in his professional career will leave his role as CEO of Leicestershire County Cricket Club and will join PCB in February 2019.

Myntra CEO Ananth Narayanan Quits
On 10th December 2018, Ananth Narayanan Chief Executing Officer (CEO) of online Fashion Retailer Myntra which is a unit of Walmart Owned Flipkart has resigned from his post.
The Flipkart Executive, Amar Nagaram will head Myntra after the resignation of Ananth Narayanan.

RLSP chief Upendra Kushwaha resigns from Union council of ministers
On December 10, 2018, Rashtriya Lok Samata Party(RLSP) president Upendra Kushwaha resigned from the Union council of ministers on account of seat sharing for 2019 elections.
i. He was the Minister of State for Human Resource and Development.
ii. His resignation came a day ahead of the start of Parliament’s Winter Session.

India test fires nuclear capable Agni-5 missile, 2nd test in six months
On 10th December 2018, India successfully test fired the surface-to-surface ballistic missile Agni-5 from Dr Abdul Kalam Island in the Bay of Bengal off Odisha coast.
i. This is the seventh trial of the indigenously-developed surface-to-surface missile, while second one in the last six months.
ii. Agni-5 is a three stage missile with a length of 17 metre and width of two metre, can carry 1.5 tonnes of nuclear warheads and has a strike range of 5,000 km.
iii. Once inducted in the military, India will join an exclusive club of countries like the US, Russia, China, France and Britain which have intercontinental ballistic missile capabilities.

Long-lasting re-writable paper, controlled by temperature, developed by scientists
On December 8, 2018, Scientists from the Fujian Normal University in China developed a “rewritable” paper that can be drawn or printed on over and over again by changing the temperature.
i. The new material consisted of three layers in a sandwich-like structure where the text could be changed or wiped clean over 100 times by changing the temperature.
ii. According to a study published in the journal ACS Applied Material & Interfaces, the messages can last more than half a year, compared to other re-writable papers.
iii. It can be used in practical applications such as long-lasting information recording and reading, rewritable label, reprintable display.

Pune to host Khelo India Youth Games 2019; Jersey launched
On 9th December 2018, Col. Rajyavardhan Rathore, Minister of Sports and Youth Affairs, launched jersey for Khelo India Youth Games and announced that 2nd edition of the national-level competition is moving out of the Capital and will be held in Pune, Maharashtra from January 9 – January 20, 2019. i. In its second edition, the games, has expanded its scope, and will allow participants to compete in two categories, (Under 17) and (Under 21), besides allowing students from colleges and Universities to compete.Tennis and table tennis also to be part of 2019 edition of games.
ii. In 2019 the number of participants will almost be tripled with 9000 athletes as compared to 3500 young athletes that had participated in the games, in 2018.
iii. The 1st edition of the game had chosen 1500 children under this scheme, all of them are being funded with Rs 5 lakh each and are being provided the best training that they need to ensure that they win at the highest international levels. 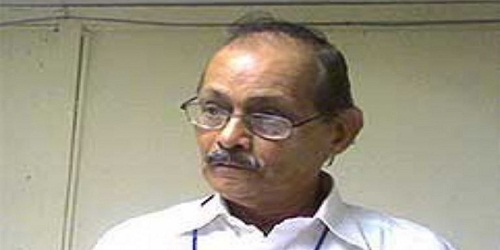 Key points:
i. The veteran journalist, Jagdish Thakkar has worked with Prime Minister Narendra Modi during his time as the chief minister of Gujarat and former CM Keshubhai Patel and was promoted as the PRO in the PMO after Modi became the PM in 2014.
ii. A native of Bhavnagar, Gujarat, Thakkar, had joined the state information department of Gujarat in 1966-67 and had retired in the year 2004, but continued to work with Modi.
About Gujarat:
♦ Capital: Gandhinagar
♦ Chief Minister: Vijay Rupani
♦ Governor: Om Prakash Kohli
♦ National Parks (NP) in Gujarat: Gir Forest NP, Blackbuck NP, Marine NP and Vansda NP i. Hasan was the Pro Vice-Chancellor of Jamia between 1992-96 and later became the VC between 2004-09.
ii. He was also the former director general of the National Archives of India.
iii. He also served as vice-chairman, Indian Institute of Advanced Study, president of the Indo-Iran Society of the Iran embassy and president of the Indian History Congress.
iv. He wrote extensively on Partition and the history of Islam in South Asia and had won Padma Shri in 2007 and the Ordre des Palmes Académiques.
v. Some of the books he authored include:
India Partition: The Other Face of Freedom, When Stone Walls Cry, Partners in Freedom: Jamia Millia Islamia (co-authored with Rakshanda Jalil) and From Pluralism to Separatism: Qasbas in Colonial India.