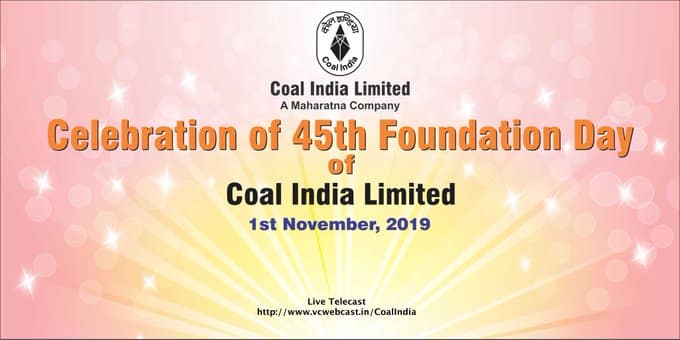 Key Points
i.Current production target: CIL currently has the target of producing 660 million tonnes of coal which is 82% of the country’s coal output. In-order to achieve the targets set by CIL, it would also create around 10,000 new jobs boosting employment. Govt’s recent decision of 100% Foreign Direct Investment (FDI) under automatic route in coal sector, would also be beneficial in minimizing coal import.

iii.Members present: The chief Managing Director of CIL Shri Anil Kumar Jha and other officials were present in the event.

About Ministry of coal: