On May 05, 2020, China has successfully launched a powerful white-large cargo rocket ‘Long March 5B’and prototype spacecraft towards the space from the Wenchang Space Launch Center on the coast of southern China’s island province of Hainan at 6 p.m. (Beijing Time). 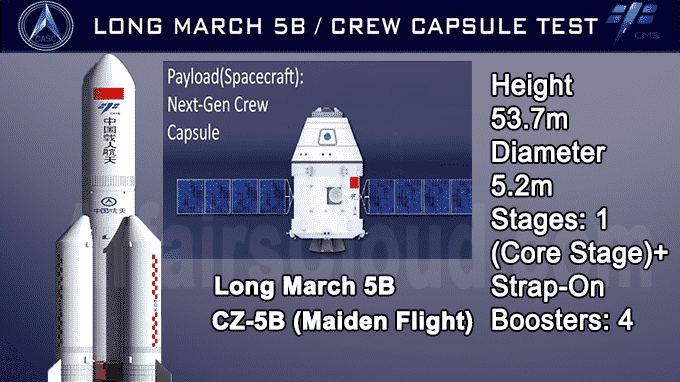 iii.US Vs China: The United States (US) is the only nation to have successfully sent humans to the moon. But China has made huge progress in its efforts to send astronauts to space, satellites in orbit and rovers to distant parts of the moon.

About Long March 5B:
Its lift capability to low Earth orbit is around 55,000 pounds, or 25 metric tons and has two hydrogen-fueled YF-77 core stage engines and eight kerosene-burning booster engines — with two engines mounted on four strap-on booster modules.