On 7th May 2020, The Central Board of Direct Taxes(CBDT) amended Rule 44G of Income-tax Rules, 1962 for making an application to invoke the mutual agreement procedure in Form no.34F which will be called Income-tax (8th Amendment) Rules, 2020. 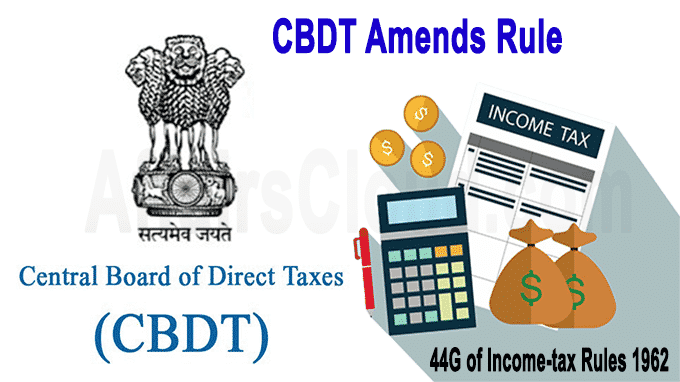 i.Regarding the issues contained in Form no.34F or in the reference of the competent authority of the nation  or in a territory outside the country calls for the relevant records and additional documents from the department of Income Tax to understand the actions taken by the Income tax authorities within or out of India that are not in accordance with the terms of agreement between India and the other countries or specified territories.

ii.According to the Agreements between India and the other countries or specified territory within an average time period of 24 months the authority in India will endeavour to arrive at mutually agreeable resolution of the tax disruption.

iv.The rule 44H has been omitted with this amendment.