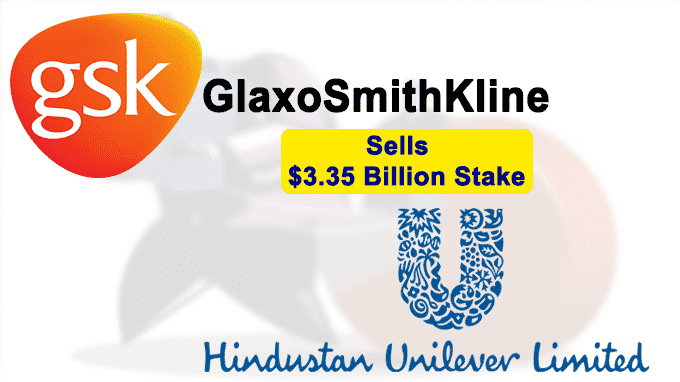 On May 07, 2020, GlaxoSmithKline plc (GSK), a British multinational pharmaceutical company, has sold its 5.7 % stake in Indian FMCG ( fast-moving consumer goods) company Hindustan Unilever Limited (HUL) for $3.35 billion (about 254.8 billion rupees) in the stock market through a largest ever block deal.
However, the names of the buyers could not be immediately ascertained.

i.GSK sold 133.77 million ordinary shares in Hindustan Unilever by its subsidiaries GlaxoSmithKline Pvt Ltd and Horlicks Ltd for an average price of Rs.1905. With this, the company raises Rs 254.8 billion.

ii.The cash injection will help GSK to boost its drug development pipeline, having made costly bets on experimental cancer treatments and future cell and gene therapies amid slowest revenue growth.

iii.Following the deal , GSK will no longer hold any HUL shares.It had taken the stake as part of a plan to merge its subsidiary company GlaxoSmithKline Consumer Healthcare Limited (GSK India) with Hindustan Unilever.

i.The bulk deal happened at around  Rs 1,902 per share & over 13.37 crore worth of shares were sold by Glaxo and Horlicks, where about 10 % of the shares were picked up by Societe Generale.

ii.On 1 April 2020, GSK announced the completion of the disinvestment of its popular healthcare drink brand Horlicks and other healthcare products from Unilever in India. It sold 5.69 % stake in HUL, which they got via an amalgamation deal for about ₹25,400 crore.