On December 6, 2019, According to list of the ‘Top 100 City Destinations’ of 2019 released by the UK based market research company Euromonitor International, 7 cities in India are included in the list including the capital Delhi (11th position due to the strong development in its tourism infrastructure, having a world class airport and is focusing on luxury, medical, sports and cultural tourism) .Other Indian cities in list includes, Mumbai (14th), Agra(26th), Chennai (36th), Pink City Jaipur (39th position), Kolkata (76th) and Bengaluru (100th). 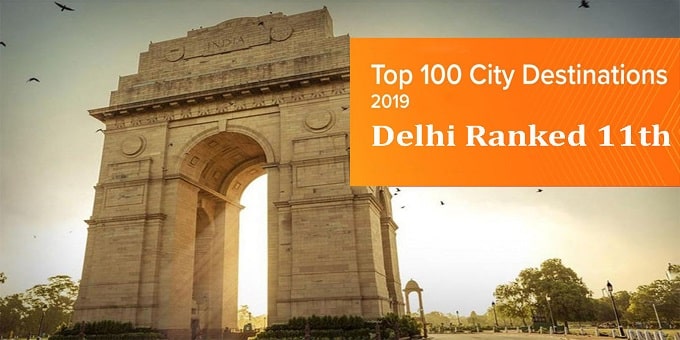 ii.The cities have been named as per their strong cultural resources, diversity of experiences and price competitiveness. The ranking of 2019 has been calculated with the average number of tourists visiting each year.

iii.Asian regions are most preferred for tourism in the world because 43 cities are in the top 100 cities of Asia.

v.Euromonitor International Research researches the visits of tourists in 400 cities of the world who live in a city for less than 24 hours to one year.