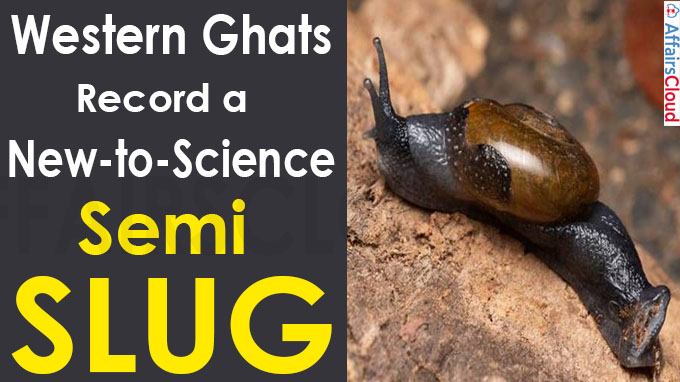 Two different discoveries conducted by separate groups of researchers have identified 2-endemic species of snails from the West Ghats region.

i.The species has the ability to detect slightest climatic fluctuations & have a unique genetal anatomy

ii.It is named after famous Maharashtra- based taxonomist Varad Giri

iii.Zoologist Amrut R. Bhosale from Shivaji University, Kolhapur is the primary author of the research, which was published in the ‘European Journal of Taxonomy’

ii.Scientists have been calling for conservation of various species that are endemic to Western Ghats region as they are threatened to go extinct due to Climate change.

i.Western Ghats are also known as ‘Sahyadri’ in Maharashtra

iii.Anaimudi is the highest peak in the Western Ghats & South India as a whole