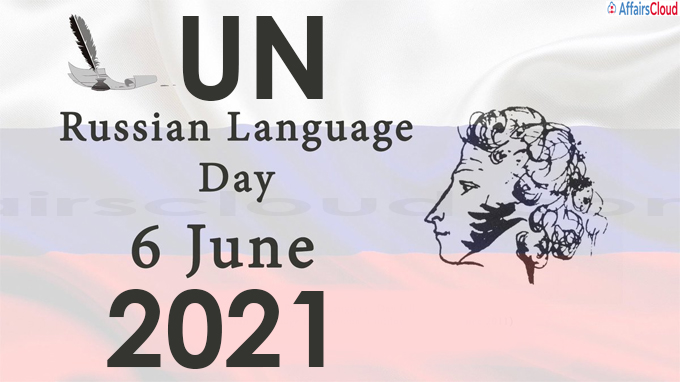 The United Nations(UN)’s Russian Language Day is annually observed across the globe on 6th June to create awareness about the history, culture and development of the Russian language. The UN Language Days promote multilingualism and the development of all the 6 official languages of the UN – Arabic, Chinese, English, French, Russian and Spanish.

i.The decision to designate the Language days was made by the United Nations Department of Public Information(DPI)(now known as the Department of Global Communications) on International Mother Language Day, annually celebrated on February 21.

June 6th marks the birth anniversary of the great Russian poet Alexander Pushkin, the father of modern Russian literature, who was born on 6th June 1799.

The United Nations conducts a series of virtual events in New York, Geneva and Vienna, including a poetry reading, a literature recital, theatrical performances and discussions about the Russian language.

About UN Department of Global Communications: