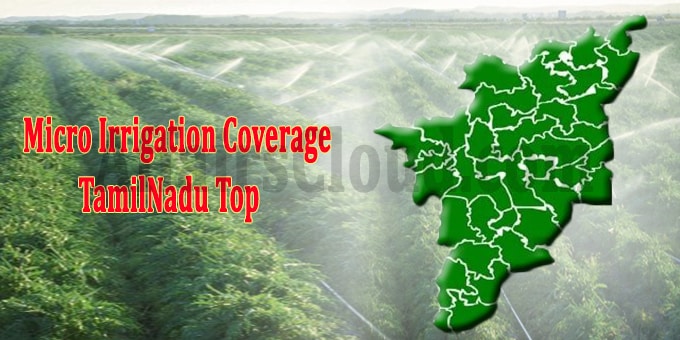 How MI cover increased in TN?
During the inaugural year of the MI programme (2015-16), Tamil Nadu had just 32,290 hectares under micro-irrigation. After that the State government had started providing additional subsidy to what was provided by the Centre to small and marginal farmers and big farmers through a website “Micro Irrigation Management Information System” (MIMIS). They have also removed 12% goods and services tax (GST) on MI components.The state has provided options to farmers for the purchase of MI components by identifying 45 firms.

About Pradhan MantriKrishiSinchayeeYojana (PMKSY)
Initiated in 2015, with an outlay of Rs.50,000 crore in five years, PMKSY aimed at improving on-farm water use efficiency through a number of measures such as MI.This programme promotes the“more crop per drop” concept by focussing on water-saving technologies with an objective of “HarKhetkoPani”.