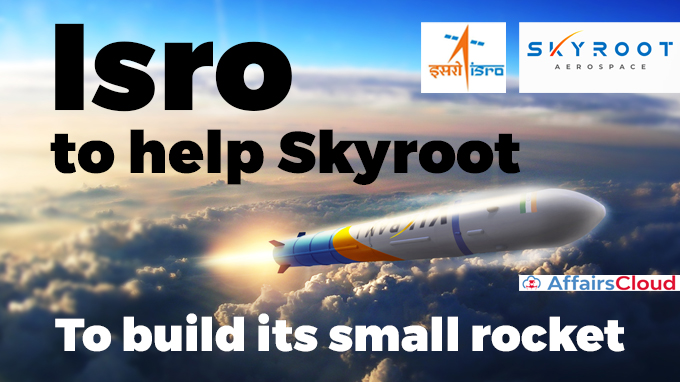 Skyroot Aerospace has signed a Non-Disclosure Agreement (NDA) with Indian Space Research Organisation (ISRO) on behalf of Department of Space (DoS), through which Skyroot Aerospace can use the facilities & technical expertise in ISRO centers for development of their Launch Vehicle Development Program.

The agreement was signed by R Umamaheswaran, Scientific Secretary of ISRO on behalf of DoS & Pawan Chandana, Chief Executive Officer (CEO) on behalf of the company.

i.On December 3, 2020, the Department of Space (DoS) signed the first one of its kind Non-Disclosure Agreement (NDA) with Agnikul Cosmos Pvt. Ltd under which the latter can access the facilities and technical expertise ISRO for its launch vehicle development programme.