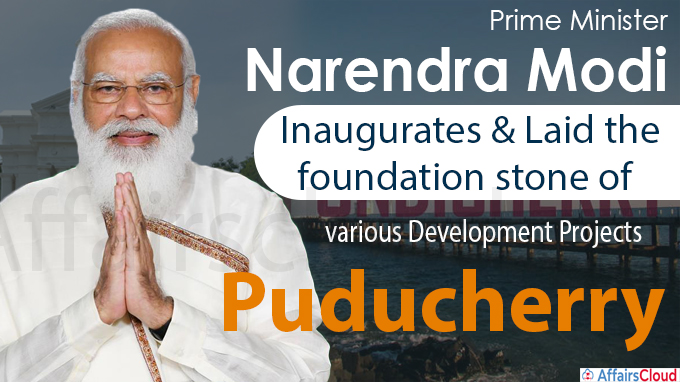 PM Narendra Modi visited Pondicherry on February 25. During the visit he inaugurated & laid the foundation stone for various projects in the Union Territory.

Projects for which Foundation Stone was laid

During his visit to Coimbatore, PM Inaugurated & laid the foundation stone for multiple infrastructure projects in Coimbatore worth INR 12400 Crores.

He inaugurated the Neyveli New Thermal Power Project (lignite based power plant) which has a power generation capacity of 1000 MegaWatts (MW).

Projects for which Foundation Stone was laid

Development of ICCC in 9 Smart Cities