Pia Alonzo Wurtzbach aka Mindanao & Pia Romero, a Filipina-German actress, model and beauty queen has been crowned with Miss Universe 2015. 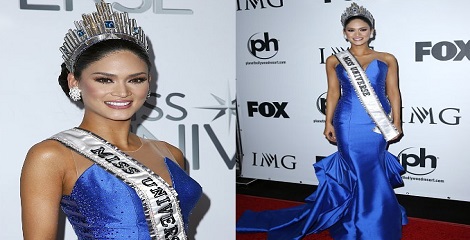