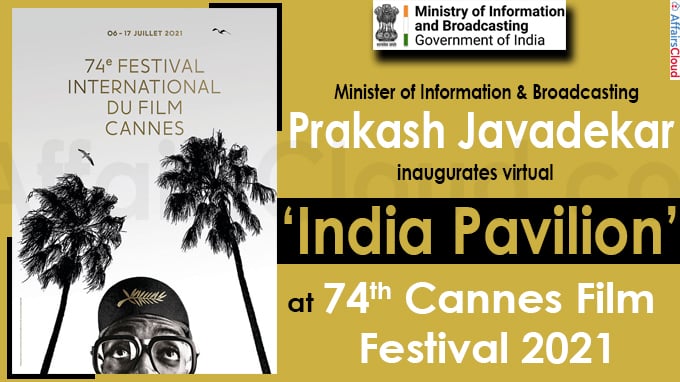 ii.French Actress Doria Dillier was the host of the 74th Cannes Film Festival.

iii.‘Night of Knowing Nothing’ directed by India’s Payal Kapadia won the Oeil d’or (Golden Eye) award for best documentary at the Film Festival.