2019 International Shooting Sports Federation (ISSF) World Cup Rifle / Pistol event was held in Rio de Janeiro, Brazil from August 26-September 3, 2019. It was an annual edition of the ISSF World Cup in the Olympic Shooting events and governed by ISSF. India finished the tournament at the top spot with 5 Gold, 2 Silver & 2 Bronze medals, with 9 medals altogether. 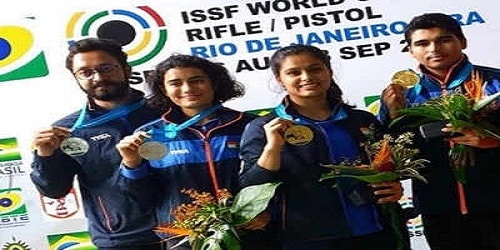