According to a notification in the Gazette of India the Modi government has notified introduction of new Rs 200 notes on 23rd August 2017.

i.The Reserve Bank of India has launched the Rs 200 notes from 25th August from select RBI offices and some banks.

ii.The move is widely expected to ease the shortage of lower-denomination currency bills.

iii.The notes will be in the Mahatma Gandhi (New) Series, bearing signature of Governor Urjit Patel. 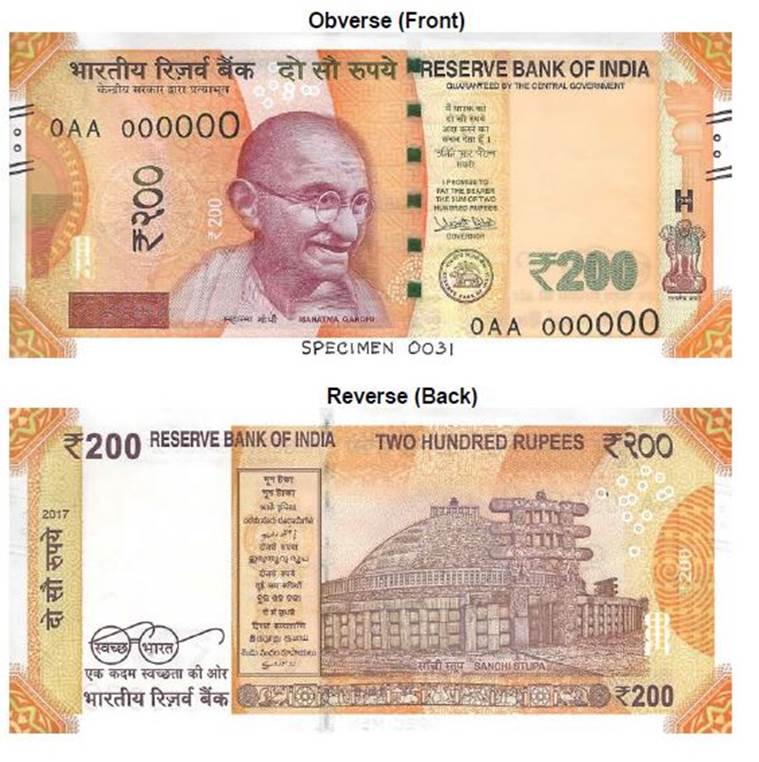 Key Specifications of the Note, as detailed by the RBI:

(a) Intaglio or raised printing of Mahatma Gandhi portrait, Ashoka Pillar emblem, raised Identification mark H with micro-text Rs 200, four angular bleed lines with two circles in between the lines both on the right and left sides.

On the reverse side

(a) Year of printing of the note on the left.

(b) Swachh Bharat logo with slogan