Union Defence Minister, Manohar Parrikar has commissioned the latest establishment of Indian Navy, INS Vajrakosh  at Karwar in Karnataka. It will serve as missile storage, handling and also the maintenance facilities for warships in western coast.

INS Vajrakosh is the third naval establishment commissioned in Karwar.INS Vajrakosh  along with INS Kadamba is now World’s largest naval base east of the Suez Canal. INS Vajrakosh alone occupies an area over 600 acre. 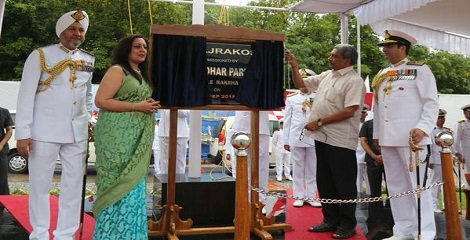 Suez Canal: An artificial sea-level waterway in Egypt which connects the Mediterranean Sea to the Red Sea.