The 6th Chief Minister of Jammu and Kashmir Mufti Mohammad Sayeed passed away at All India Institute of Medical Sciences (AIIMS) in New Delhi due to multiple organ failure. Sayeed (79) was survived by his wife, three daughters including PDP President Mehbooba Mufti and a son. 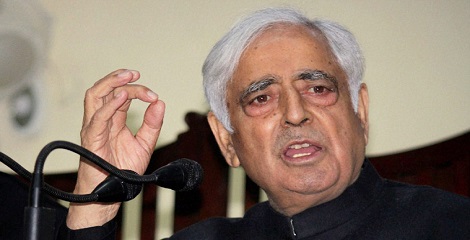 Political graph of Mufti Mohammad Sayeed
1936 born Sayeed joined the Democratic National Conference (DNC) of G M Sadiq in the late 1950s where he appointed as the District Convenor of the party & later as Deputy Minister of state.

In 1989, within few days of taking office as the Union Minister for Home Affairs, his third daughter Rubaiya was kidnapped by terrorists. She was released in exchange for the release of five militants.