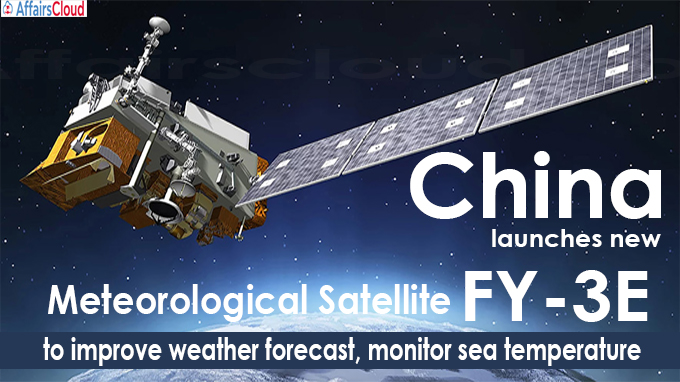 What is a Dawn-to-Dusk Orbit?

A dawn-to-dusk orbit is a sun-synchronous orbit in which the satellite tracks but never moves into the Earth’s shadow.

Functions of the Satellite

ii.FY-3E will monitor solar and space environments and their effects on Earth. Additionally, it will also help in collecting ionospheric data to meet the needs of space weather forecasts and supporting services.

iii.The observation data of FY-3E will be made available to the whole world in future to improve the accuracy and efficiency of global numerical weather prediction.