On November 13, 2019, the Supreme Court(SC) announced office of the Chief Justice of India (CJI) as a public authority under the transparency law, the Right to Information (RTI) Act 2005. The judgement in this regard was made by a 5 judge constitution bench headed by CJI Ranjan Gogoi. 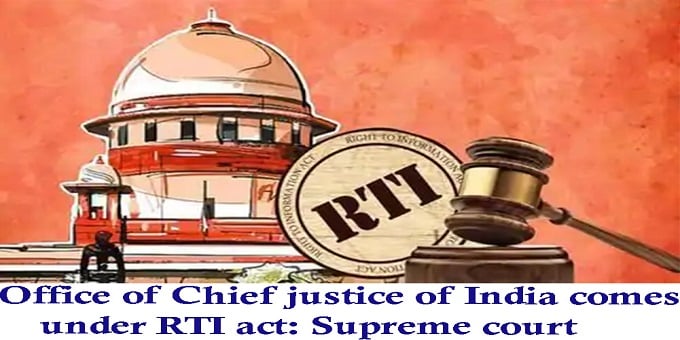 About Supreme Court:
Established-1 October 1937.
Location- New Delhi.
Motto- Yato Dharmastato Jayaḥ (Where there is righteousness, there is victory).
Next CJI: SA Bobde has been appointed as the next/47th CJI with effect from November 18, 2019.