In a move to attract foreign firms to invest more in the country the Government announced that Income-Tax (I-T) Act would be amended with effect to exempt overseas companies which do not have a permanent establishment in India from paying MAT. 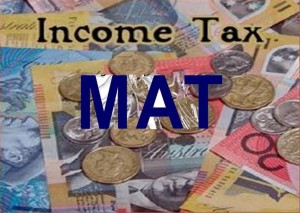 PROVISIONS
Under these sections, firms are exempted from registration Minimum alternate Tax in India:

Earlier government had exempted foreign institutional and portfolio investors from payment of MAT on the capital gains made by them before April 1, 2015. Through the amendment the government will clarify that MAT provisions will not be applicable to FIIs/FPIs not having a place of business/permanent establishment in India, for the period prior to April 1

MAT to be waived off for FIIs