Vietnam has taken the top spot at the fifth Asian Beach Games that concluded in Da Nang, however local experts are more concerned than thrilled as it gave little indication about the development of the country’s high performance sports stars.

The Fifth Asian Beach Games was held in Danang, Vietnam. It was the second time for Vietnam to host an Asia level multi-sports event, after Hanoi held Asian Indoor Games (2009) and Southeast Asian Games (2003). However, this was the first time that an event not be held in Hanoi.

India added another medal in the 5th Asian Beach Games with Harish Banghel winning a silver in the men’s middleweight Muay.

India bagged their first gold medal at the 5th Asian Beach Games with the women’s beach kabaddi team winning the title for the record fifth time in succession in Danang, Vietnam. 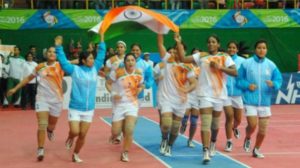 US Eases Ban on Lethal Arms Sales to Vietnam