On September 3, 2019, Joint India- New Development Bank (NDB) workshop on Enhancing NDB’s engagement with the Indian private and public sector was held for a day in New Delhi. It was co-organized by NDB and the Department of Economic Affairs (DEA), Ministry of Finance of the Government of India. 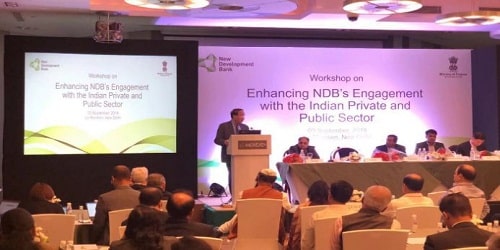