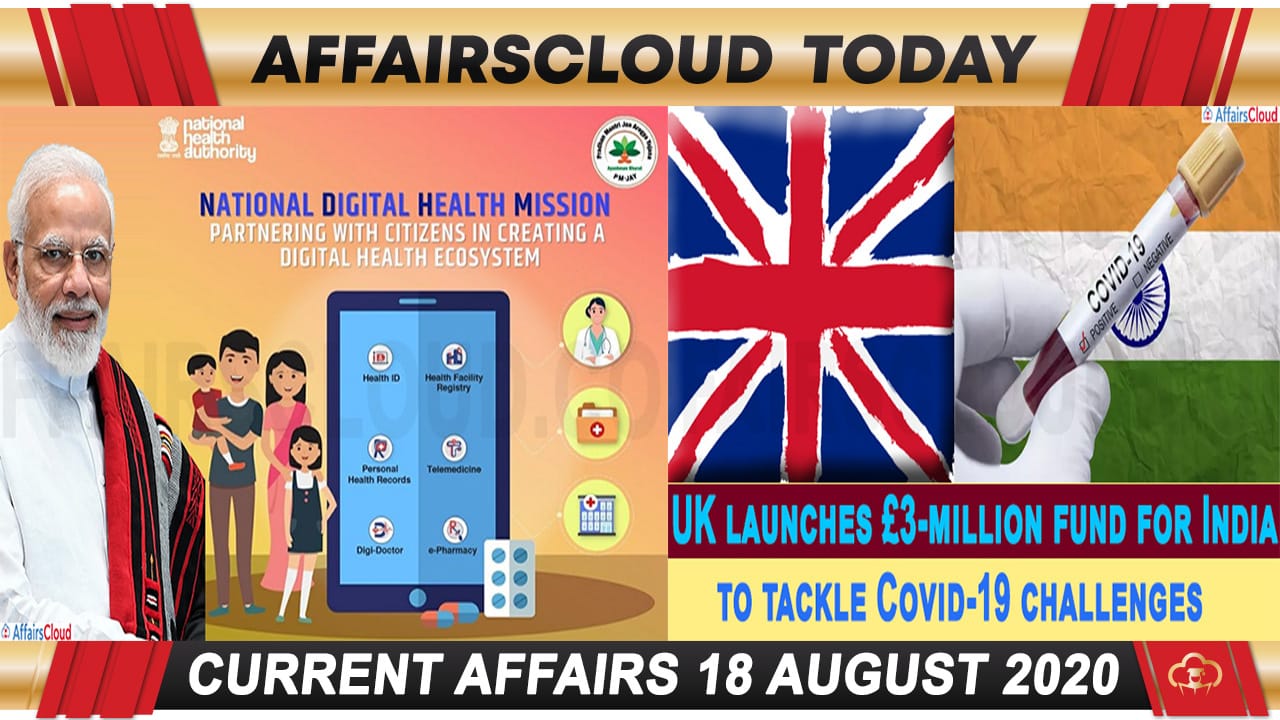 We are here for you to provide the important Recent and Latest Current Affairs 18 August 2020, which have unique updates of Latest Current Affairs 2020 events from all newspapers such as The Hindu, The Economic Times, PIB, Times of India, PTI, Indian Express, Business Standard and all Government official websites. 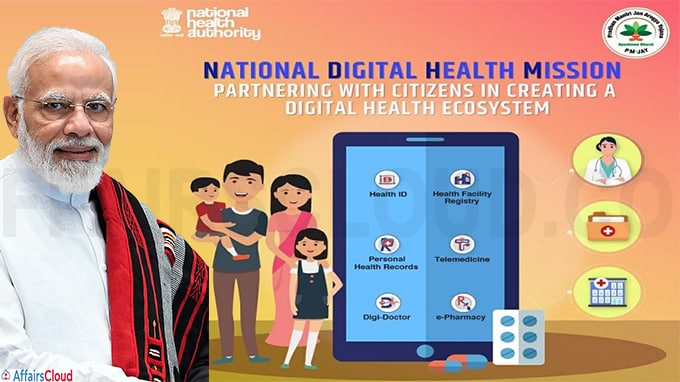 On August 15, 2020, Prime Minister (PM) Narendra Modi announced new projects in his 86 minutes speech (1 hour 26 minutes) during the 74th Independence Day from Red Fort, New Delhi. It was his 7th consecutive Independence Day speech and focused on the themes of “Aatma Nirbhar Bharat (self-reliant India)”, “Vocal for local” and “Make in India to Make for World”. The announcements are as follows: 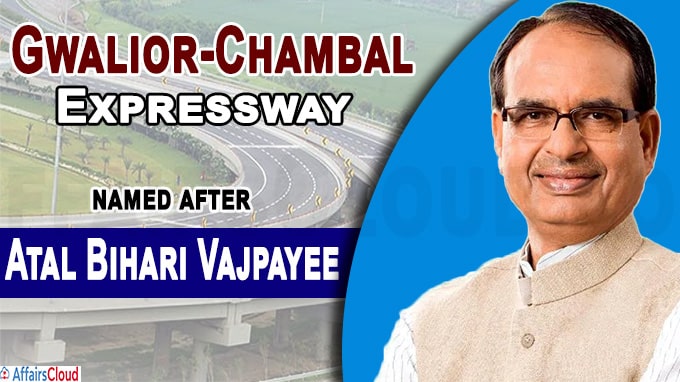 i.As a part of 111 kilometre-long Jiribam-Tupul-Imphal line project, Indian Railways’ North East Frontier Railway zone is constructing world’s tallest pier bridge, having height of 141 metres, across river Ijai in Manipur with an outlay of Rs 280 crore. After completion, it will surpass the existing height record of 139 meters of the Mala – Rijeka Viaduct, Montenegro in Europe.
ii.The 703 meters long bridge is located at the hilly terrain of Marangching village in Noney district, about 65 km west of Imphal, Manipur.
iii.The project will be completed in March 2022.
<<Read Full News>> i.On August 15, 2020, the State Governments and the 272 District Collectors launched a seven-month-long anti-drugs campaign namely “Nasha Mukt Bharat” or “Drug-Free India” by the Ministry of Social Justice and Empowerment (SJE) which will run till March 31, 2021.
ii.In order to give impetus to this launch, Union Minister of SJE Thaawarchand Gehlot addressed 272 district collectors, 31 State Secretaries as well as doctors, NGOs (non-government organizations) and Narcotics Control Bureau (NCB) officers through videoconferencing.
iii.Notably, the financial allocation of Rs. 43 crore in 2017 has been enhanced to Rs. 260 crore in 2020 to curb drug abuse and illicit trafficking.
<<Read Full News>>

i.On August 17, 2020, the government of United Kingdom (UK) launched a £3 million “Innovation Challenge Fund 2020” in India to support scientists in academia and industry to tackle the COVID-19 pandemic and climate change.
ii.In this regard, tech innovators with connections to the AI-Data cluster in Karnataka and the future mobility cluster in Maharashtra will submit research and development proposals for tackling COVID-19 or which promote a greener planet till August 31, 2020.
iii.At least 6 grants up to £250,000 are expected to be awarded for projects lasting 12 months, with a proposed start in January 2021.
About United Kingdom:
Prime Minister– Alexander Boris de Pfeffel Johnson
Capital– London
<<Read Full News>> 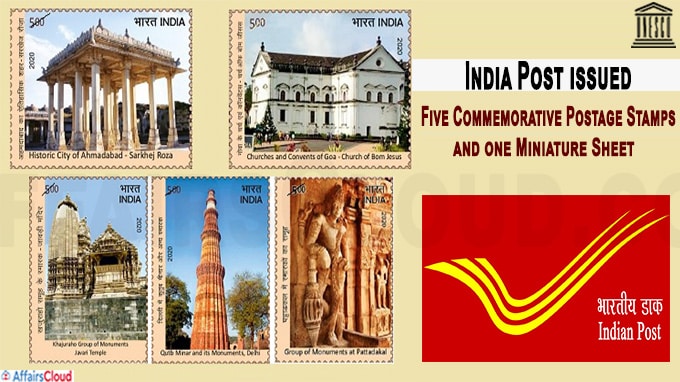 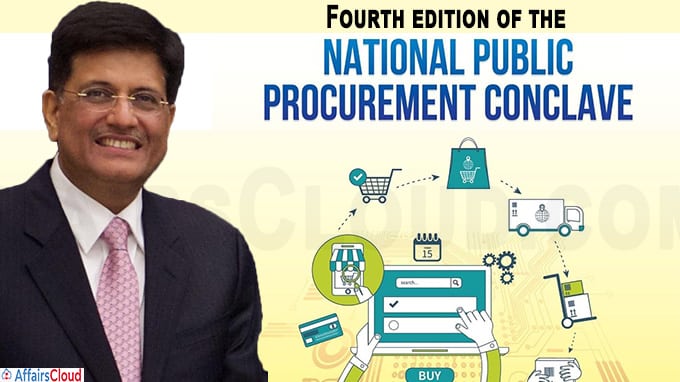 Key People
Shri Chandrajit Banerjee, Director General of CII and Talleen Kumar, CEO of  GeM  spoke on the occasion among others.
Key Features of 4th edition of NPPC
i.It includes a detailed overview of the enhanced version of GeM – GeM 4.0, virtual panel sessions on the role of MSMEs, Startups, Women Entrepreneurs, Weavers & Artisans, Information Technology, Defense and Railways in Public Procurement.
ii.In Addition to this it also includes the following: 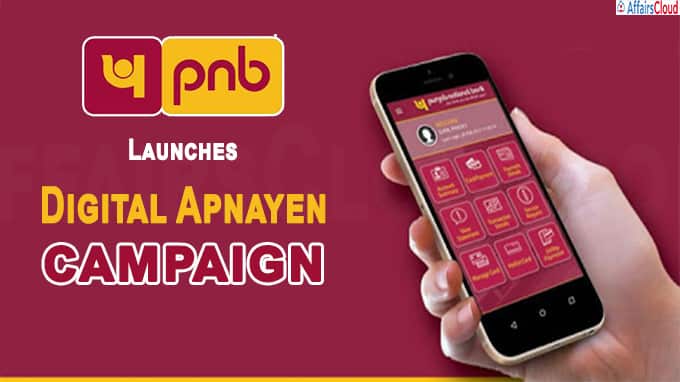 On August 15, 2020 S S Mallikarjuna Rao, Managing Director and Chief Executive Officer of Punjab National Bank(PNB) launched a campaign, ‘DIGITAL APNAYEN’ to encourage customers to use digital banking channels and participate in the noble cause of donating to PM CARES Fund for COVID-19.

Key Info
i.The DIGITAL APNAYEN campaign is in line with the campaign introduced by the Mission Office, Dept. of Financial Services, Ministry of Finance, Govt. of India.
ii.Under this campaign during the period from 15.08.2020 to 31.10.2020 each branch shall on-board at least 100 Merchants and Financial Inclusion (FI) segment customers on digital payment mode and extend handholding support to customers for on-boarding for digital payments to develop the habit of making digital transactions.
About PNB:
Headquarters– New Delhi
Tagline– The name you can bank upon.

Google Partners with CWC of India for Flood Forecasting Initiatives On 15th August 2020, on the occasion of 74th Independence Day, The All India Football Federation(AIFF) and the Sports Authority of India(SAI), jointly launched the E-Pathshala, a web platform to recognise creativity of the children and to develop their interest in football.
Key People:
Subrata Dutta. senior vice-president of AIFF, Isac Doru, technical director, Abhishek Yadav, national team director Savio Medeira represented AIFF in the webinar along with Dr. G. Kishore, Principal and Regional Director, SAI, LNCPE, Trivandrum and Dr. Pradip Dutta, Associate Professor, SAI, LNCPE Trivandrum.
E-Pathshala:
i.E-Pathshala is designed to engage the footballers across the nation and connect them with SAI and AIFF.
ii.The platform develops the children’s interest through cognitive approaches like painting, skills, building blocks and others.
iii.The Platform is an Athlete Coaching Program for footballers at the grassroot and intermediate levels.It has been divided into three parts: My Football Culture, My Skills and My Training.
Note:
Cerebral Palsy Sports Federations of Bangladesh, Sri Lanka, Maldives, Afghanistan, Nepal, Bhutan and several other South Asian countries are under the framework of E-Pathshala.
Web Platform- http://saiaiffepathshala.in/
About AIFF:
President– Praful Patel
Headquarters– New Delhi
About Sports Authority of India(SAI):
Director General– Sandip Pradhan
Executive Director– Anjan Kumar Mishra
Head Office– Jawaharlal Nehru Stadium, Delhi

Astronomers Found SPT0418-47, a Look-alike of the Milky Way at 12 Billion Light Years Away

The Astronomers at the Max Planck Institute of Astrophysics found a baby galaxy called “SPT0418-47” a look-alike of the Milky galaxy at 12 billion light-years away using the Atacama Large Millimeter/sub-millimeter Array(ALMA) Telescope.
Research:
i.The team utilised gravitational lensing, an effect of using a nearby galaxy as a powerful magnifying glass, to overcome the difficulties due to the distance, this allowed ALMA to see into the distant past the unprecedented detail.
ii.The galaxy appears as a near-perfect ring of light like the “Einstein Ring”.
iii.The research published in the Journal Nature was led by Francesca Rizzo, PhD student from the Max Planck Institute for Astrophysics, Germany.
Findings about SPT0418-47:
i.SPT0418-47 does not have any spiral arms like the Milky Way but has a rotating disc and a bulge which are similar to the Milky Way.
ii.This is the first time to find a bulge this early in the history of the universe, which makes SPT0418-47 as the most distant Milky way look-alike.
iii.Despite forming stars at a high rate, and therefore being the site of highly energetic processes, SPT0418-47 is the most well-ordered galaxy disc ever observed by astronomers in the Universe.
iv.The astronomers expect the galaxy to evolve into an elliptical galaxy rather than a spiral galaxy like Milky Way. 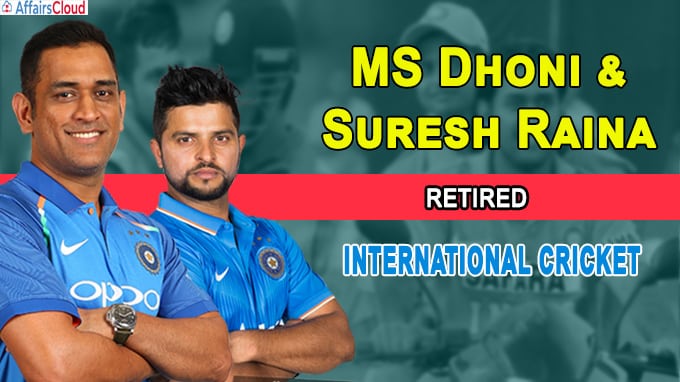 Arjuna awardee, UP Cabinet Minister and  Former Indian Cricketer Chetan Chauhan Passed Away at 73 Due to COVID-19 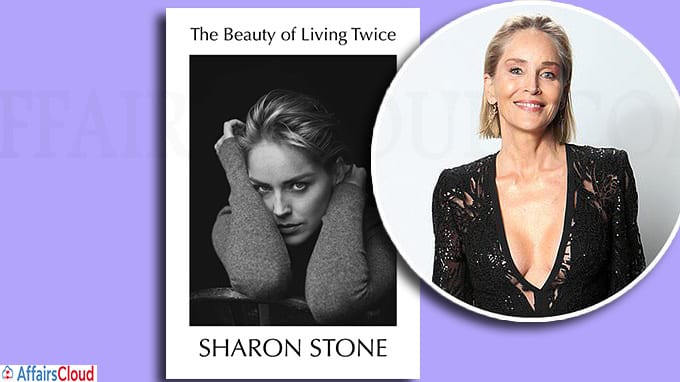 On 12th August, 2020 Hollywood Actor Sharon Stone announced the release of her Memoir “The Beauty of Living Twice” in March 2021. She unveiled the cover of the book on Twitter.
i.The Book will reflect on her journey from painful childhood in Pennsylvania to her experience in acting in films like Martin Scorsese’s mobster epic ‘Casino’ which earned her an Academy Award nomination and a Golden Globe award.
ii.Additionally she will be writing about her two marriages, her near-fatal stroke and humanitarian work on behalf of AIDS research and other causes.
iii.The book is set to be published by Alfred A Knopf, and is set to release both in hardcover and ebook. 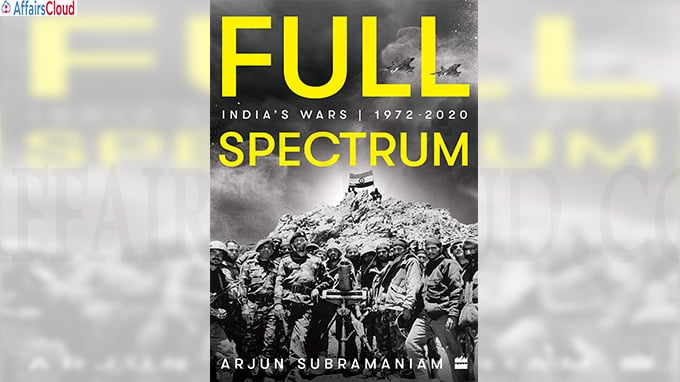 Retired Air Vice Marshal Arjun Subramaniam has authored a new book titled, “Full Spectrum: India’s Wars, 1972-2020″. The book portrays the comprehensive account of war and conﬂict in contemporary India over the past ﬁve decades next month. It will be  published by HarperCollins Publishers India Pvt. Ltd.

Essence of the Book
The book includes all major operation that the armed forces have participated in, including the Kargil conﬂict of 1999, insurgencies in the Northeast, terrorism and proxy wars in Jammu and Kashmir, separatist violence in Punjab, the Indian Peace Keeping Force (IPKF) intervention in Sri Lanka, and the continued stress along the Line of Control( LoC)and the Line of Actual Control(LAC).
Note– Arjun Subramaniam is an accomplished ﬁghter pilot who ﬂew MiG-21s and Mirage-2000s in his career.
Key Info
Arjun Subramaniam stated that the book is a tribute to the soldier, an ode to the unsung helicopter and transport pilots & a salute to the sailors who help their captain on the bridge.
About HarperCollins Publishers India Pvt. Ltd.
Headquarters– Noida, Uttar Pradesh
Chief Executive Officer– Ananth Padmanabhan i.Chhattisgarh Chief Minister Bhupesh Baghel launched the ‘Padhai Tuhar Para’ scheme  to enable school students to learn from their respective localities as the classes are being suspended due to the outbreak of the coronavirus.
ii.He informed that a Bluetooth-based programme ‘Bultu Ke Bol’, ‘Mukhyamantri Slum Swasthya Yojana’, ‘Radhabai Diagnostic Centre Scheme’ will also be introduced and committees will be set up for new appointments and promotions in the state.
About Chhattisgarh
Capital– Raipur
Governor– Anusuiya Uikey
National Park– Indravati National Park, Kanger Ghati National Park
<<Read Full News>> 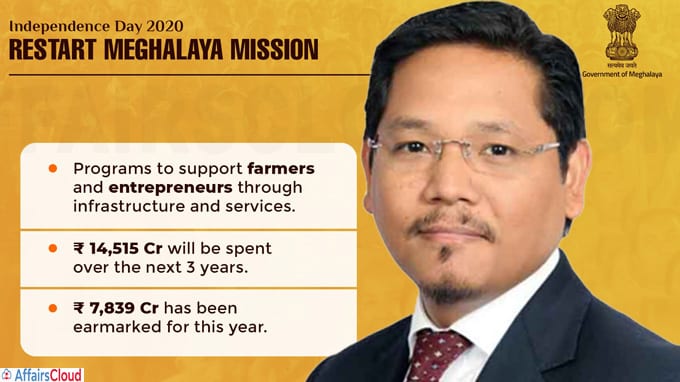 i.On 15th August 2020, on the occasion of the 74th Independence day, Conrad K Sangma, Chief Minister of Meghalaya launched the restart Meghalaya Mission worth Rs. 14,515 crores to revive the development activities which were stalled due to the COVID-19 pandemic.
ii.This mission was based on the recommendations on the short, medium and long term measures to revive the state’s economy, by the Chief Minister’s Task Force on Economy.
iii.The Mission consists of a series of programmes to support the farmers and entrepreneurs of the state to build a growth promoting basic infrastructure.
About Meghalaya:
Shillong of Meghalaya is also known as the Scotland of East.
Wildlife Sanctuary:Nokrek National Park (Biosphere Reserve), Balpakram National Park, Baghmara Reserve Forest, Siju Bird Sanctuary, Nongkhyllem Wildlife Sanctuary.
<<Read Full News>>

To enhance immunity and prevent any disease, The Ministry of AYUSH (Ayurveda, Yoga & Naturopathy, Unani, Siddha and Homoeopathy) has launched a three-month campaign on “Ayush for Immunity” through webinar on Ayush Virtual Convention Centre (AVCC),which aims to increase awareness about affordable and easy practices to boost immunity. 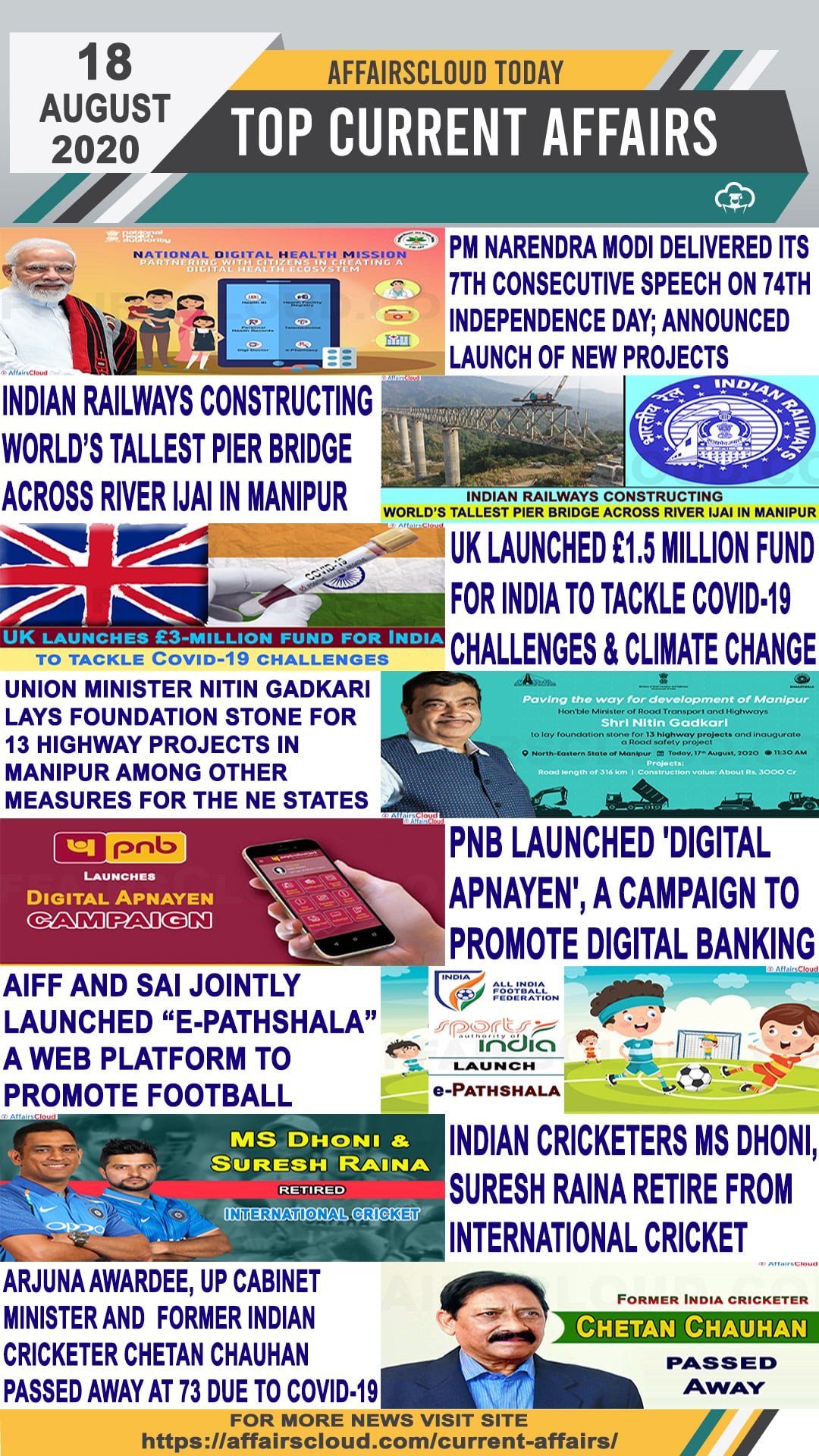