Sikkim has been awarded as the cleanest state by NSSO Sanitation Survey
♦ Sikkim has been awarded the cleanest state in the list depend on the condition of sanitation in rural areas of 26 states in which Prime Minister Narendra Modi’s home state Gujarat is ranked 14th and Jharkhand comes last.
NSSO Sanitation Survey:
i. The survey carried out last year by National Sample Survey Office (NSSO) under the words of Union Rural Development Minister Narendra Singh Tomar has listed the top 10 as follows,
ii. Sikkim, Kerala, Mizoram, Himachal Pradesh, Nagaland,  Haryana, Punjab, Uttarakhand, Manipur and Meghalaya
iii. The NSSO conducted the survey in May-June 2015 covering 73,176 households in 3,788 villages across the country. The ranking was given on the basis of the percentage of households having toilets, either household or community toilets. 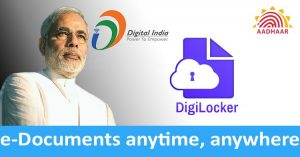 iii. This platform is a major step forward towards ensuring greater transparency and cutting down corruption and red-tapism. He said the move will benefit a large number of people by facilitating ease of access to the documents.
iv. The digital copies of driving license and registration certificate can also be shared with other departments for verification purpose.
v. In order to access the digital RC and DL a person needs to first sign up for a DigiLocker and then needs to download the DigiLocker Android App from Google PlayStore. In the Mobile App he will have to select the Issued Documents section and then the DL/RC. Field staff like the Traffic Police can do offline verification of RC/DL using QR Code.
vi. Apart from the mobile view version, digitally signed documents can also be accessed electronically, and these will be at par with the physical issued documents as per IT Act 2000.

State of Jammu & Kashmir and Himachal Pradesh to get government Helicopter Services
i. The Government has given its approval for operation of helicopter services in the State of Jammu and Kashmir and Himachal Pradesh on a pilot basis in 10 sectors, as per the stipulation that the most inaccessible destination points should be chosen.
ii. The scheme can be extended to other/additional sectors at a later date depending upon the assessment of the justifiable needs of the local population.
iii.Under the scheme, in J&K  –Srinagar-Kargil,  Srinagar-Drass, Kargil-Padum-Leh, Leh-Lingshed and Srinagar-Leh are the five probable sectors where the government plans to operate the helicopter services.
iv. The Centre’s portion of subsidy would be limited only to 75 per cent of the operational cost after deducting flat 20 per cent on account of passenger recovery or actual recovery, whichever was more.
v. The operator of the services will be selected by open tender process by the State Government. The operation of helicopter services in the State will continue till March, 2017 or expiry of contract, whichever is earlier.

HP government signs MoU with Singapore Government for a Smart Township Project
i. Himachal Pradesh government signed a preliminary Memorandum of Understanding (MoU) with Singapore government for developing a smart integrated township in Jathiadevi near Shimla airport.
ii. The MoU was signed between Himachal Pradesh Housing and Urban Development Authority (HIMUDA) and Asian Pacific Singapore Enterprise in the presence of Urban Development and Town and Country Planning and Housing minister Sudhir Sharma
iii. The preliminary MoU has been signed today for this project which will be expanded soon after detailed discussions between the two governments and the  state is also looking forward to explore possibilities for expanding this MoU for more housing projects in the state as well.
iv. The township would be developed as per the expectations of the state government and taking into consideration the topography and other conditions of this hilly state.
v. It is noted that a working group has been constituted with representatives from both the governments to chalk out plan, exchange of ideas and working on key factors for this new township, adding in order to enhance quality of life of the citizens and ensure social inclusion, boosting economic and environmental impact, the state government was working for developing smart integrated townships with futuristic planning. 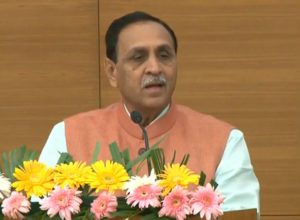 i. Gujarat Chief Minister Vijay Rupani has dedicated 2 mbps download and 512 kbps upload digital connectivity to 6,000 villages.
ii. The state government’s ultimate goal is to serve all 18,000 villages through an optical fiber network and it is noted that 20 kbps speed has jumped to 2,000 kbps in 6 thousand villages.
iii. Under the E-gram programme launched in 2006-07 total 14,000 villages are connected to internet through V-SAT technology which offers hardly 19-20 kbps speed. When many E-gram centers login at same time, connectivity reduces further and making the operations very slow or sometime impossible.
iv. Now 6,000 villages out of 14,000 are given 2 mbps connectivity through BSNL network. As these villages are out of the V-SAT platform, the rest of the villages served by V-SAT will also get faster connectivity.
v. It is noted that Gujarat Government has set the target to achieve 100 percent village connectivity through optical fiber network 2nd October next year. 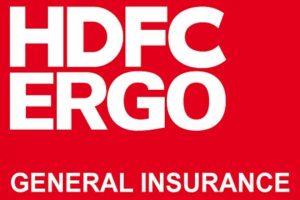 i. HDFC ERGO, a leading Private sector non-life insurer has implemented Weather Based Crop Insurance Scheme (WBCIS) in Assam, Uttarakhand and Madhya Pradesh.
ii. The company has been allotted clusters in Gujarat, Maharashtra, Madhya Pradesh, Odisha and Goa for implementation of the Pradhan Mantri Fasal Bima Yojana (PMFBY).
iii. HDFC ERGO is implementing Weather Based Crop Insurance Scheme, wherein we are allotted nine districts in Assam, two districts in Uttarakhand and 31 districts of Madhya Pradesh for insurance of horticulture crops.
iv. HDFC ERGO – Headquartered in Mumbai, India, HDFC ERGO General Insurance Company Limited is a joint venture between HDFC Ltd. and ERGO International AG, a Germany-based company.
v. It is noted that PMFBY was launched in January and is being implemented in the ongoing
kharif season. The Centre aims to bring 4 crore farmers under the scheme. 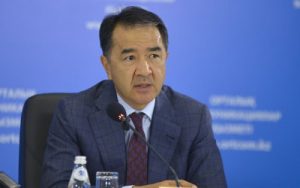 NASA set to launch first asteroid dust-retrieval mission
i. NASA set to launch of its first ever mission to collect dust from an asteroid that may have delivered life-giving materials to Earth billions of years ago.
ii. This $800 million solar-powered spacecraft mission will travel for two years on a journey to Bennu, a near-Earth asteroid about the size of a small mountain.
iii. The unmanned spacecraft, known as OSIRIS-REx’s main goal is to gather dirt and debris from the surface of the asteroid and return it to Earth by 2023 for further study.

UP becomes first state to roll out ‘Twitter Seva’
i. Uttar Pradesh became the first state in the country to launch the ambitious “Twitter Seva” project, when in one go 122 Twitter handles were unveiled in the state capital.
ii. Aim: To “provide the UP police, among other things, strengthening of its primary relationship with the citizens by providing fast, efficient and real time response to complaints and SoS’s raised by the 220 plus million population in the state.
iii. According to Director General of UP police Javeed Ahmad, this service would be integrated with the “Dial-100” project which is slated to be launched in October.

Union Ministers commissioned ICGS Sarathi into the force in Goa
i. Union Home Minister Rajnath Singh and Defence Minister Manohar Parrikar commissioned the 105 metre vessel ICGS Sarathi into the force in Goa.
ii. The vessel, which would be commissioned in the presence of Coast Guard Director General Rajendra Singh, is the third vessel of the Sarathi Class vessels being designed and built indigenously by Vasco-based Goa Shipyard Limited. 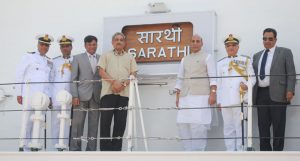 iii. This vessel is fitted with most advanced, state-of-the-art technology, navigation and communication equipment, sensors and machinery.
iv. It is noted that Indian Coast Guard is the Central Pillar of India’s coastal security architecture with two other important pillars of Navy and Marine Police.
v. The ship is designed to carry one twin-engine light helicopter and five high speed boats and has pollution response equipment to contain oil spill at sea and the ship draws 2,450 tons propelled by two 9100KW diesel engines to attain a maximum speed of 23 knots and has an endurance of 6000nm at economical speed.

Regional News Unit’s Facebook page “Chhattisgarh Newsonair” was officially released by Raman Singh
i. The AIR Regional News Unit (RNU)’sFacebook page “Chhattisgarh Newsonair” was officially released by Chhattisgarh Chief Minister Raman Singh.
ii. The Facebook page will display an array of photographs and videos on the social life and the happenings in Chhattisgarh, besides the daily regional news from the state.
iii. Dr.Singh appreciated RNUs step towards engaging the youth and the social media users. Speaking to the media, he appreciated the move as apart from news, this will make people aware about the natural and cultural beauty of Chhattisgarh around the country and the globe.A booklet titled Swacch Bharati was also unveiled by the Chief Minister on the occasion.
iv. It highlights the achievements of the state regarding the implementation of Prime Minister Narendra Modis ambitious Swacch Bharat Mission. The booklet also contains articles written by RNU Raipurs Newsreaders and correspondents.

New reptile species from 212 million years ago identified
i. Scientific Researchers have identified a new species of extinct reptiles that lived 212 million years ago in US.
ii. The fossils of the reptile named Vivaron haydeni was found in Ghost Ranch of New Mexico during an excavation in 2009, co-led by Sterling Nesbitt, who was at University of Texas at Austin in the US during the research.
iii. Vivaron haydeni is named for a famed, 30 feet long monstrous snake of Ghost Ranch lore, a story passed around campfires more than a century ago.
iv. Vivaron itself measured 12 to 18 feet long, and walked on four legs.

Anjum Chopra – First Indian woman cricketer for honorary life membership of the Marylebone Cricket Club (MCC)
i. Anjum Chopra becomes the first woman cricketer from India to be awarded an honorary life membership of the Marylebone Cricket Club (MCC).
ii. Anjum Chopra is an Indian Women Cricketer. She was born in New Delhi. A sports girl from the start, the first time she stepped on to the ground was at the age of 9.
iii. Played her first friendly match with college girls team at the inter college level scoring 20 runs and taking 2 wickets. Later the same year she was selected to play for New Delhi in the under −15 tournament

Television Journalist Sachin Kheda Dies in Faridabad
i. Television journalist Sachin Kheda died at a private hospital in Faridabad.
ii. He was being treated by Dr Amit Miglani and he was replaced by another doctor who diagnosed Sachin with chikungunya.
ii. Kheda’s Relatives are alleging that the doctors either gave him wrong medicine or overdose of some medicine leading to his death.

Shatrughan biography ‘Anything but Khamosh’ launched in Nepal 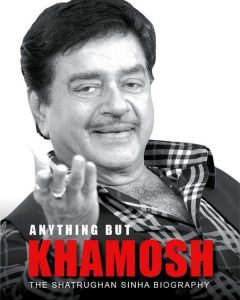 i. The biography of Bollywoodactor and politician Shatrughan Sinha titled ‘Anything but Khamosh’ was launched in Nepal.
ii. Vice President of Nepal, Nanda Kishor Pun was the chief guest at the function.
iii. The book on Sinha written by journalist Bharti Pradhan highlights life and struggle of the actor-turned BJP MP in the field of film as well politics.
iv. In Delhi, the book was launched by veteran BJP leader L K Advani.