We are here for you to provide the important current affairs January 18 2018 which have unique updates of all daily events from all newspapers such as The Hindu, The Economic Times, PIB, Times of India, India Today, Indian Express, Business Standard, all Government official websites. Our complete current affairs helps you to get more marks in Banking, insurance, UPSC, SSC, CLAT, Railway and all other competitive Exams. 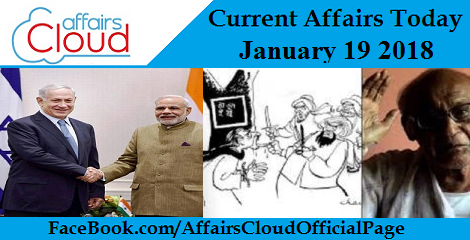 About Pradhan Mantri Surakshit Matritva Abhiyan (PMSMA):
i.PMSMA programme was launched in 2016 with an objective to ensure comprehensive and quality antenatal checkups to pregnant women across India.
ii.Under this programme,  quality antenatal checkups are provided to pregnant women on the 9th of every month at PMSAM sites. On this day, pregnant women visiting the sites are appropriately examined and investigated by an obstetrician/physician.
iii.PMSMA has been successful in reaching out to the difficult and remote areas of India, as out of the 1 crore checkups, more than 25 lakh check-ups were conducted in high priority districts identified by the Union Health Ministry for focussed attention.

Odisha plans to complete disaster alert project by March 2018
The Odisha government has planned to commission Early Warning Dissemination System (EWDS) in coastal areas of 6 districts by March 2018.
Early Warning Dissemination System (EWDS):
i.This project aims to provide foolproof communication system for providing information to the local people about disasters like cyclone and tsunami.
ii.This is a part of World Bank-supported National Cyclone Risk Mitigation Project (NCRMP).
iii.This will provide last mile connectivity in 22 blocks of six coastal districts namely Balasore, Bhadrak, Jagatsinghpur, Kendrapara, Puri and Ganjam.
iv.Total cost of the project is Rs 75 crore. Out of this Rs 67 crore will be provided by NCRMP. Remaining amount will be provided by Odisha government under State Disaster Response Fund.
v.This system will send disaster warning messages to all mobile phone subscribers in the area that is to be affected by a disaster. This alert system will cover 122 locations in total.
About World Bank:
♦ Headquarters – Washington, D.C., U.S.
♦ President – Jim Yong Kim
♦ Motto – Working for a World Free of Poverty 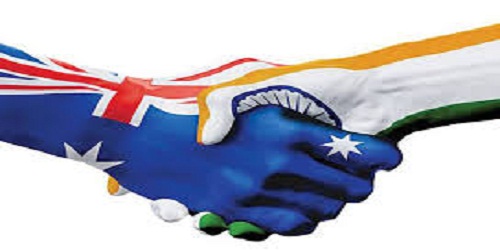 India’s entry into Australia Group:
i.Australia Group is a cooperative and voluntary group comprising countries that are working to prevent the spread of materials, equipment and technologies that could be used to develop or acquire chemical and biological weapons (CBW).
ii.As Australia had initiated to establish such group, the group has been named as ‘Australia Group’.
iii.It was established in year 1985. Secretariat of Australia Group is managed by Australia.
iv.By joining Australia Group, India is now a member of three out of four non proliferation groups. India joined the Missile Technology Control Regime (MTCR) in 2016 and the Wassenaar Arrangement (WA) in 2017.
v.Despite intense diplomatic efforts India has not been able to join Nuclear Suppliers Group (NSG) owing to China’s objection. 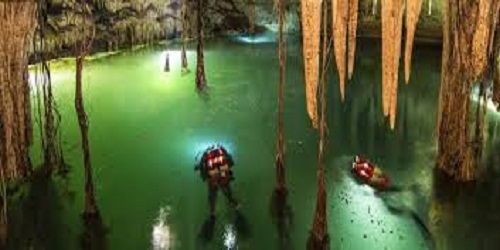 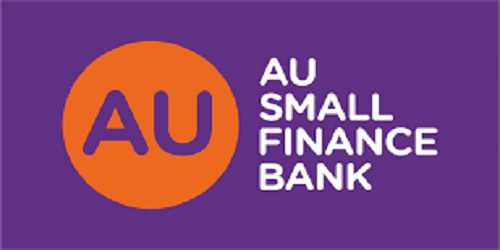 AU Small Finance Bank – MoU with LIC to offer PMJJBY:
i.As per the MoU, LIC will provide a life cover of Rs 2 lakh in case of death to the customer at a premium of Rs 330 per annum.
ii.AU Small Finance Bank’s MD and CEO Sanjay Agarwal, said that, the bank aims to provide services to its customers under a single roof.
About Life Insurance Corporation of India (LIC):
♦ Headquarters – Mumbai
♦ Chairman – V.K. Sharma 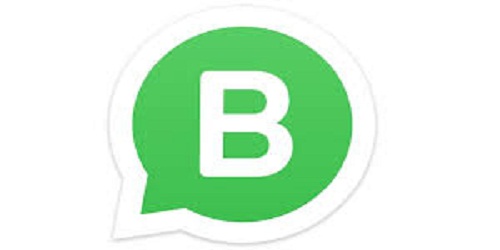 WhatsApp Business app:
i.The WhatsApp Business app has been launched for Android systems. It has been released in Indonesia, Italy, Mexico, the UK and the US.
ii.It is expected to release soon in India. Currently the WhatsApp Business app is free of cost.
iii.A small enterprise owner can create a Business Profile containing details like business description, email or store addresses, and website with the app. This will be highlighted to regular users on WhatsApp.
iv.The app provides features like quick replies, etc. to help provide fast answers to frequently asked questions (FAQs). Also, there will be greeting messages and away messages for customers.
v.Business owners can view messaging statistics and review what messages have been read. Using WhatsApp Web, messages can be sent and received with WhatsApp Business on the computer.
About WhatsApp:
♦ CEO – Jan Koum
♦ Headquarters – California, US Mangalajodi Ecotourism Trust – “Innovation in Tourism Enterprise” award:
i.Mangalajodi Ecotourism Trust is promoted by RBS Foundation India and Indian Grameen Services. It is a community owned and run entity. It is located on the banks of Chilika Lake in Odisha.
ii.Earlier, the villagers of Mangalajodi were involved in poaching of birds. Now they have transformed into defenders of wildlife, owing to the efforts of the trust.
iii.The ‘Innovation in Tourism Enterprise’ was awarded based on the principles of community ownership and Eco Tourism.
iv.UNWTO stated that Mangalajodi Ecotourism Trust’s business model is economically feasible and contributes to environment sustainability.
About UNWTO (United Nations World Tourism Organisation):
♦ Headquarters – Madrid, Spain
♦ Head – Zurab Pololikashvili 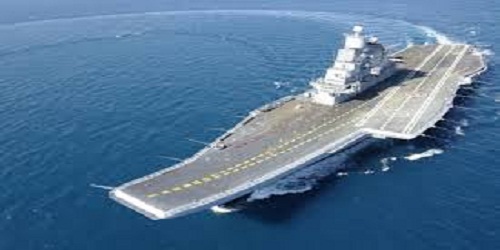 INS Vikramaditya’s Affiliation:
i.Bihar Regiment is a highly decorated Infantry Unit of the Indian Army. No. 6 Squadron of the Indian Air Force specializes in maritime strike operations and operates the Jaguar fighter aircraft.
ii.Rear Admiral RB Pandit, the Flag Officer Commanding Western Fleet stated that the idea behind the affiliation was to foster a feeling of mutual pride and friendship between the three units that would enhance synergy and jointmanship between the three services.
iii.The affiliation ceremony was held onboard INS Vikramaditya at the Karwar Naval Base, Karnataka.
iv.The affiliation motto is ‘Victory through Jointness’.

India rises 3 places to occupy 102nd spot in FIFA rankings
On 18th January 2018, India climbed up 3 places to secure 102nd spot in the first FIFA rankings of 2018.
India – 102nd spot in FIFA rankings:
i.India has secured a total of 333 points. Indian team remained unbeaten in 2017 and had won seven of nine matches conducted by FIFA.
ii.The top 14 positions remained unchanged. Germany secured 1st spot. It is followed by Brazil, Portugal, Argentina and Belgium.
iii.India is followed by Qatar at 103rd position. Iran is the top ranked Asian team at the 34th position.
About FIFA (International Federation of Association Football):
♦ Moto – For the Game. For the World.
♦ Headquarters – Zurich, Switzerland
♦ President – Gianni Infantino 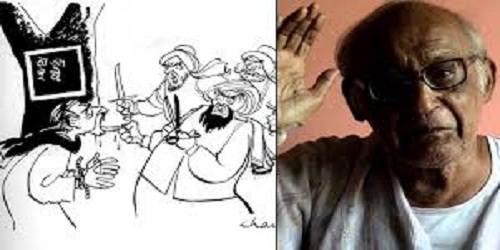 Death of Chandi Lahiri:
i.Chandi Lahiri was 86 years old. He is survived by his wife and a daughter. He started his a career as a journalist.
ii.His cartoons were published in several English and Bengali newspapers and magazines. He was also called the creator of ‘pocket cartoons’ in Bengal.
iii.He also authored books like “Catoon er itibritto (the history of cartoons)” and “Scene’s Freedom: a history in cartoons 1947-1993”.
Some stadiums in West Bengal:
♦ Cooch Behar Stadium – Cooch Behar
♦ Eastern Railway Divisional Stadium – Asansol
♦ Gangarampur Stadium – Gangarampur 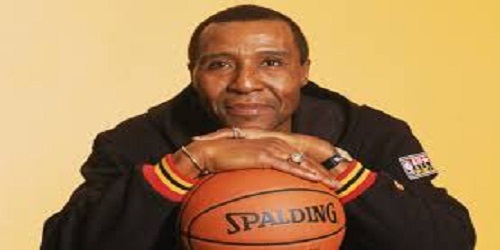 Death of Jo Jo White:
i.No details regarding Jo Jo Whites’ death has been revealed. He had underwent a surgery for brain tumor in 2010.
ii.He was 71 years old. He was a basketball Hall of Famer. He played for the team Boston Celtics. He had won NBA champion twice. He was inducted into the Naismith Memorial Basketball Hall of Fame in 2015.
About Boston Celtics:
♦ American professional basket ball team
♦ Founded – 1946
♦ President – Rich Gotham 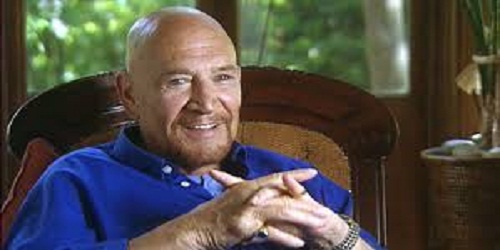 Death of Peter Wyngarde:
i.Peter Wyngarde was 90 years old. He was popularly known for his role in ‘Department S’ television series.
ii.He had acted in various shows and movies like ‘The Avengers’, ‘The Saint,’ ‘Flash Gordon’ etc.
About Peter Wyngarde:
♦ Occupation – Actor
♦ Born – 23 August 1927 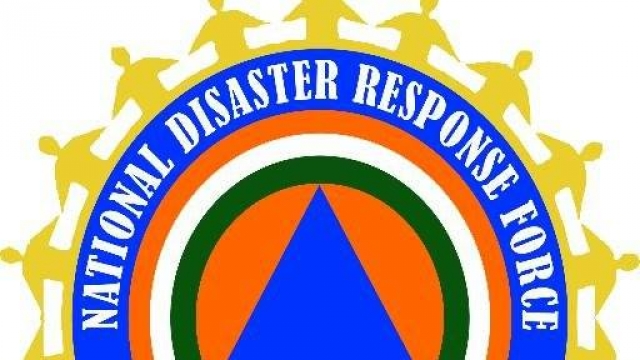