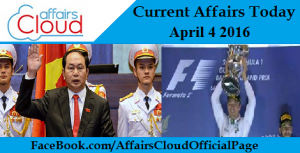 Ministry of Human Resource Development released the first ever domestic ranking “India Rankings 2016″ which has been made by National Institutional Ranking Framework (NIRF).

Tirmbakeshwar Temple Trust bars entry for all men and women 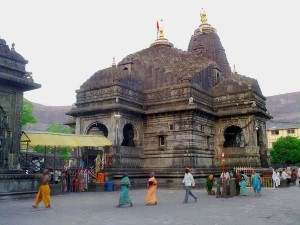 traditional and hereditary priests from entering the sanctum till the next decision.

Tslc Pte Ltd, a fin-tech company announced the launch of its all new mobile-only lending platform CASHe, This new application is very helpful and provides users a personalized experience to borrow cash anytime, anywhere within minutes for their needs.

In accordance with the study by Aon Hewitt, the global talent, retirement and health solutions business, the Reliance Asset Management Company has been listed among the best employer brands.

The world’s largest crude exporter with crude reserves of about 265 billion barrels Company Aramco is planning to make a major investment in India’s petroleum sector.

Talwandi Sabo Power Limited (TSPL), a subsidiary of Vedanta Limited has formally set the Guinness World Record for at the same time planting 208,751 saplings at a solitary area in under 60 minutes. 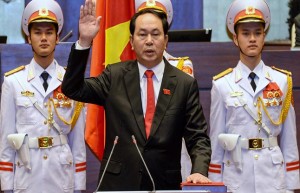 Vietnam’s Public Security Minister and Police Chief Tran Dai Quang has been sworn in as the communist country’s president. Quang from Communist Party of Vietnam.

Alaska Air Group is all set to acquire Virgin America in a friendly takeover worth around $4 billion including debt to create the US’s fifth-largest airline.

Private equity firm Blackstone India has entered into an agreement with Hewlett Packard Enterprise (HPE) to buy a majority stake in Mphasis Limited in a deal valued between $825 million and $1.1 billion.

Researchers expect that ballast water carried by ships is giving a vehicle to get non-native intrusive species over the Indian Coast.

America based space Company Blue Origin successfully accomplished the third launch and vertical landing of its reusable New Shepard rocket, the BE-3 engine used to land the Rocket back at the company’s testing site in Texas.

Team of Scientists from Institute of Advance Study in Science & Technology in Assam have developed an eco-friendly nano technology for water-softening applications.

Provisions in the Rules:

Items Banned in the Rules:

In the Sixth Edition of the ICC T20 Tournament West Indies clinched for the second occasion when West Indies men’s team have won the prestigious event as they were champion in 2012.

Kenya’s Visiline Jepkesho and Cyprian Kotut were dominant winners at the 40th edition of the Paris Marathon.

Italian football manager and player, Cesare Maldini has died on April 3. He was 84.

Former Mumbai Ranji Trophy player RanjanBaindoor died on April 4 due to a fatal heart attack at his residence in Mumbai.

International Day for Mine Awareness and Assistance in Mine Action

United Nations (UN) General Assembly declared that April 4 of each year would be officially proclaimed and observed as International Day for Mine Awareness and Assistance in Mine Action. It was first observed on April 4, 2006.

2016 Theme: Mine Action is Humanitarian Action