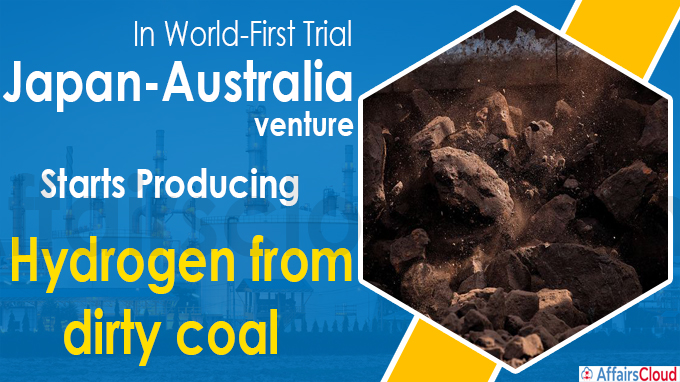 In a World-first trial, a Japan-Australia venture has started to produce Hydrogen from Brown Coal.  The production is taking place at the Hydrogen Energy Supply Chain (HESC) coal-to-hydrogen plant in Brown Coal Reserves in the state of Victoria, Australia.

Aim of the Project