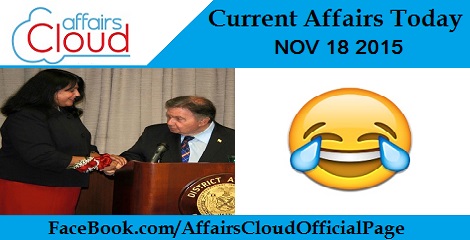 During a Nasscom event at New Delhi, Govt has brought forward the deadline for making 52.5 lakh people digitally literate under National Digital Literacy Mission by a year to 2016. It was earlier fixed by the end of 2017.

Kerala government will organise International Skill Summit and Skill Fiesta to project the competency standards and global employability of youth in the state to the employers worldwide said by Minister for Labour and Skills Shibu Baby John.

Environment Minister Prakash Javadekar announced to set up a committee that will conduct a detailed study on the issue of forest ownership in Northeast region where vast areas of forests are privately.

To ensuring protection to forests and benefits to communities besides sustainable development.

India and China arbitrated to deepen bilateral defence ties and maintain peace and tranquillity at the Line of Actual Control (LAC).

Decision has been taken during the meeting between 26 -member delegation led by General Fan Changlong, Vice-Chairman of China’s powerful Central Military Commission (CMC) and the Indian side, was headed by Defence Minister Manohar Parrikar at New Delhi.

Oxford Dictionary’s Word of the Year 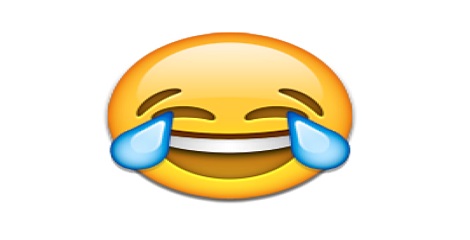 Oxford Dictionaries announced emoji, commonly known as “Face with Tears of Joy” as its “Word of the Year for 2015”.

Every year, the Oxford Dictionaries team review candidates for word of the year and then debates their merits. This year Oxford University Press partnered with mobile technology business SwiftKey to explore frequency and usage statistics for some of the most popular emoji across the world.

Brazilian government have declared a state of emergency for 180 days in more than 200 towns affected by a deadly mining waste spill.

Such conduct was found to have resulted in indirectly determining the rates of air cargo transport and thereby contravening Section 3 of the Competition Act. This section pertains to anti-competitive agreements.

Australian High Commissioner, Patrick Suckling had entered the Australia-India Nuclear Cooperation Agreement into force. Through this agreement it is possible for Australian companies to export uranium to India on a commercial basis.

Syria based journalist Zaina Erhaim has been awarded the Reporters without Borders Prize in France for her defence of press freedom. She lives and works in the war-ravaged city of Aleppo. Her uncle accepted the prize on her behalf at a ceremony in the Strasbourg, France. 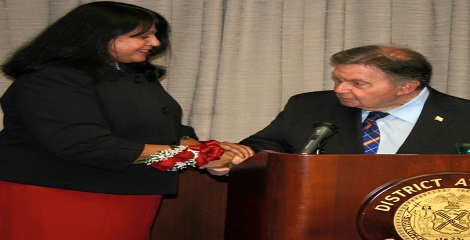 An Indian-American woman judge Ushir Pandit-Durant has become the first recipient of a US public service award in recognition of her contributions in the field of law.

46th edition of the Biannual Top500 list of supercomputers has crowned the China’s Tianhe-2 supercomputer as the world’s most powerful system for the sixth consecutive time. It has held the title since June 2013.

Russia successfully launched the first satellite for its newest early warning system EKS at the Plesetsk Cosmodrome, located in Northern Russia .The satellite was delivered into a highly elliptical geosynchronous orbit or Tundra orbit. Five new species of wasps have been discovered in parts of India by researchers Veenakumari Kamalanathan, Prashanth Mohanraj and F.R. Khan of the National Bureau of Agricultural Insect Resources

Name of the five species : adikeshavus.

The Sanskrit word means first one to have long hairs.

Here are five key facts you need to know about the new wasp species:

The Czech Republic defended their Fed Cup title victory over Russia.Karolina Pliskova won her singles match and then returned to secure victory in the deciding doubles.

About Fed Cup :
Fed Cup is the premier international team competition in women’s tennis, launched in 1963 to celebrate the 50th Anniversary of the International Tennis Federation (ITF). The competition was known as the Federation Cup until 1995. Former All Blacks player Jonah Lomu, who revolutionised wing play to become rugby union’s first global superstar passed away in Auckland at the age of 40.He was suffering from a serious kidney condition called Nephrotic syndrome.