KERALA government Imposes “FAT TAX” on Junk Foods
i. The new government of Kerala is planning to boost up the tax revenue this year by 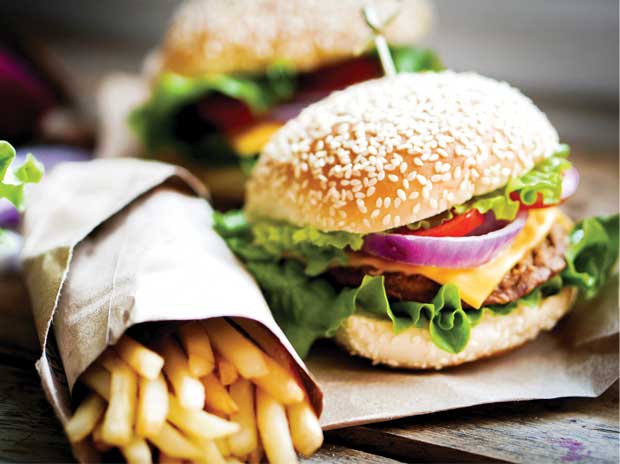 imposing a ‘fat tax’ of 14.5 % on food such as  burgers, pizzas, donuts, sandwiches and pasta, sold through branded restaurants.
ii. It is a first-of-its-kind move in the country, The newly-elected LDF government imposed 14.5% tax on selling items like tacos, pizzas, burgers, sandwiches, among others.
iii. This tax is supposed to add about Rs 10 crore to the tax revenue of state per year.
iv. The “fat tax” is concerned with issues related to public health more than revenue generation. The introduction of fat tax, as a measure to curb the consumption of junk food among people, has been a matter of global debate. Some countries like Denmark and Hungary even implemented it. Denmark, however, scrapped it later.
v. This tax may certainly be a disincentive to the massive change in lifestyles of those suffering from obesity, but it may also be uncomfortable for those who are healthy and occasionally consume fast food.

Centre constitutes cyber cell to check online abuse
i. Union government has constituted a cyber-cell to check the online abuse and harassment of women and children on social media platforms.
ii. Women and Child Development Ministry has taken the decision as it has got several complaints from women informed the Minister Maneka Gandhi in New Delhi.
iii. In the aftermath of the meeting with the Team of twitter India it was decided that the complaints received which are of a grave nature, will be reported to twitter for necessary action.
iv. In the meeting range of issues been discussed about the empowerment of women and children to deal with abuse, harassment and hateful conduct on social media.

KERALA Government announces Rs 12,000 crore anti-recession package
i. Kerala Government today announced a Rs 12,000-crore rescue package for the state in view of the Gulf crisis and recessionary trends in the state.
ii. Presenting the first budget of the Pinarayi Vijayan-led LDF Government, Finance Minister Thomas Isaac said out of this package, around Rs 2,500 crore will be used this financial year.
iii. The state is facing serious financial crisis after the previous government failed to collect around Rs 23,900 crore as tax during the past three years
iv. A special commission will be entrusted with the task. The government aims to bring in legislative amendment for the purpose and attract investment from the public.
v. Rs 500 crore to expedite development of Azhikkal port. It has also ensured availability of money for development of Vizhinjam International Cargo Shipment Port, Thiruvananthapuram.

Controversial “BIG BROTHER LAW” signed by Vladimir Putin in RUSSIA
i. Russian President Vladimir Putin signed the controversial “anti-terrorist” legislation adopted by the lower and upper houses of parliament in late June, despite the flurry of criticism from opposition-minded circles and the serious concerns expressed by Russian telecom and internet companies on July 7 in Russia.
ii. The measures, posted online Thursday by the government, boost the surveillance powers for the security services by requiring communication providers to store users’ calls, messages, photographs and videos for six months, as well as metadata for up to three years.
iii. The laws include increasing government powers of surveillance, strengthening the punishment for inciting or justifying terrorism online and increasing the number of crimes with which children between the ages of 14 and 17 can be charged.
iv. The passage of the bills through Russia’s lower and upper houses of parliament sent shockwaves through the internet and telecoms industries.
v. The laws, which come into force on July 20, were developed by ultra-conservative United Russia lawmaker Irina Yarovaya and Federation Council member Viktor Ozerov.

China completes Asia’s longest single cave,double track tunnel
i. China has successfully completed Asia’s longest 16-km single tunnel that has double tracks for high-speed trains in northwest Shaanxi province of the country.
ii. The tunnel cuts through the Qinling Mountains, It is part of a high-speed rail line that links Xi’an, the provincial capital and Chengdu in China’s southwest Sichuan province.
iii. The 643-km long line has a running speed of 250 km per hour, will slash the travel time between the two cities from 16 hours to just three hours.

Nitin Gadkari visits US to attract billions of dollars in FDI
i. Union Road Transport and Highways Minister Nitin Gadkari will pay a week­long visit to Unites States to at attracting billions of dollars in Foreign Direct Investment. This is his maiden visit to the US in his capacity as Union Minister.
ii. The visit aimed at consolidation and expanding India’s relations with the US by improving bilateral cooperation in infrastructure sector.
iii. The minister will envisage investment opportunities in the Indian maritime sector and invite US investments in building ports, port-led industrialisation, coastal economic zones, and construction of new berths/terminals.

Bilateral Meeting between Commerce & Industry Minister and Secretary of State for Business, Innovation and Skills, UK

i. Union Commerce and Industry Minister Nirmala Sitharaman, held a bilateral meeting with Sajid Javid, Secretary of State for Business, Innovation and Skills, UK, in New Delhi.
ii. Post Brexit, FTA with UK will be a fresh exercise & work on FTA with EU will continue with a re-calibrated approach the minister conveyed.
iii. During the meeting both sides conveyed hope to take proactive steps to deepen their ties and engagement in near future. In the meeting range of issues had been discussed.

To help village retailers access B2B ecommerce Rajasthan ties up with Applicate IT Solutions
i. The Rajasthan government has joined hands with business-to-business (B2B) ecommerce firm Applicate IT Solutions to enable 35,000 e-mitra kiosks in the state for traders and retailers to procure products directly from manufacturers.
ii. The e-mitra kiosks launched in 2011 by the state government allows villagers to access government services such as licenses and passport services.
iii. As per the agreement entered between Rajasthan government’s RajCOMP Info Services (RISL) and Bengaluru-based Applicate IT Solutions, ‘Trade GINI’, a proprietary platform of the company will be added to the e-mitra kiosks that will enable traders and retailers in towns, cities and villages to access products directly from the manufacturers and at best rates.
iv. Out of the 35,000 plus kiosks, nearly 18,000 are located in smaller villages in Rajasthan and now they could access FMCG or any other products via these kiosks.

Kerala’s Radhika Menon: First Woman in the World to Bag Bravery Award at Sea
Radhika Menon, who became the first woman in the world to receive the Award for Exceptional Bravery at Sea from the International Maritime Organsiation (IMO)
Radhika Menon: She was at the helm of oil tanker ‘Sampurna Swarajya’ of Shipping Corporation of India.
This is not the first time Radhika has proved her mettle. Five years ago, she became the first woman to captain a ship of the Indian Merchant Navy.
Bravery Award at Sea: This annual Award was established by IMO to provide international recognition for those who, at the risk of losing their own life, perform acts of exceptional bravery, displaying outstanding courage in attempting to save life at sea or in attempting to prevent or mitigate damage to the marine environment.
♦ Headquarters‎: ‎London, United Kingdom
♦ Secretary – General: Ki Tack Lim
♦ IMO has 171 Member States and 3 Associate Members

Phiroz Vandrevala steps down as TCS director
i. Country’s largest IT major Tata Consultancy Services (TCS) has announced that its Non-Executive Director Phiroz Vandrevala resigned from the company with immediate effect. ii. He had been a director on the TCS board since September 2007.
iii. However, Vandrevala will continue with this role as the Vice-Chairman and MD of Diligenta which is TCS subsidiary.
Tata Consultancy Services
♦ Headquarters: Mumbai.
♦ CEO: Natarajan Chandrasekaran

Microsoft COO B. Kevin Turner to join Citadel to run market-making business
i. The former Walmart executive Kevin Turner is all set to leave his COO post at Microsoft after an 11-year stint with Microsoft to join Citadel Securities as the Chief Executive Officer.
ii. Citadel Securities is a Chicago-based investment company where Kevin likely to join in the job in September.
iii. Turner had led a team of more than 51,000 employees in 191 countries in Microsoft. He was the key behind the sales and marketing efforts of Office 365 and the extensive customer adoption of Azure cloud.

HD 131399Ab – A Strange Planet Found by the Astronomers 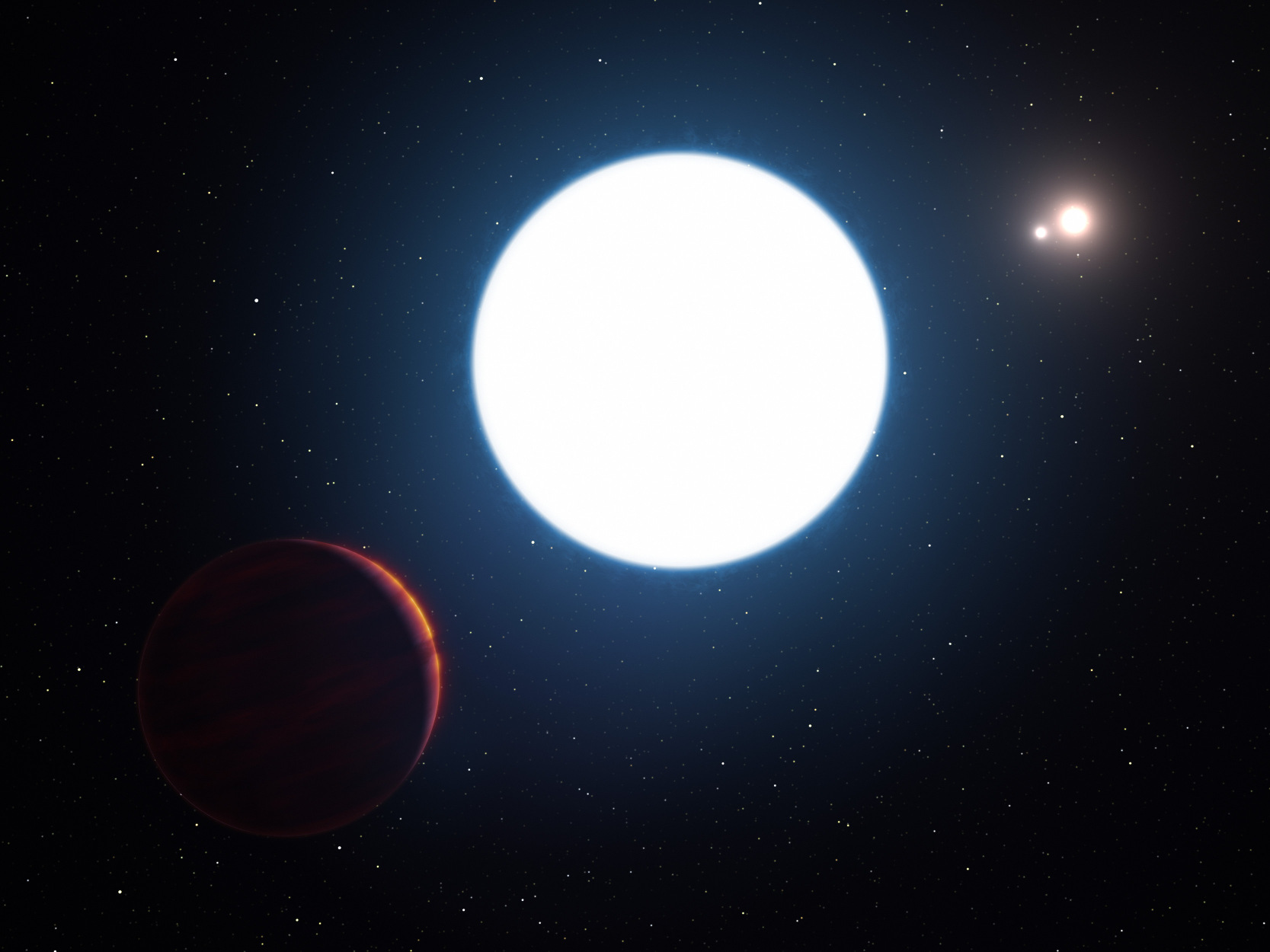 i. An international team of astronomers have announced the discovery of a strange planet in a faraway solar system that contains not just only one sun, but three.
ii. The distant planet, named HD 131399Ab, by far the widest known orbit within a multi-star system. The discovery is published online by the journal Science.
iii. Located about 340 light years from Earth in the constellation Centaurs, HD 131399Ab is believed to be about 16 million years old.
iv. Having a temperature of 850 Kelvin (about 1,070 degrees Fahrenheit or 580 degrees Celsius) and weighing in at an estimated four Jupiter masses, it is also one of the coldest and least massive directly imaged exoplanets.
v. The Scientists used SPHERE instrument on ESO’s Very Large Telescope to image the first planet ever found in a wide orbit inside a triple-star system.

Bornean Orangutan Now ‘Critically Endangered’: IUCN
i. The Bornean Orangutan (Pongo pygmaeus) has been declared as the critically endangered according to the International Union for Conservation of Nature (IUCN). This change means that both species of orangutan now face an exceptionally high risk of extinction in the wild.
ii. The species has declared Endangered as a reason of deforestation, palm oil plantations and hunting posing a serious threat to its continued existence.
Bornean orangutan:
These Species share approximately 97% of their DNA with humans.
Bornean females only reproduce once every six to eight years, as it is the longest birth interval of any land mammal and orangutan numbers are slow to rebound in the wake of meaningful improvements.
International Union for Conservation of Nature
♦ Headquarters: Gland, Switzerland
♦ Founded: 1948
♦ CEO: Inger Andersen

i. Top Indian squash player Joshna Chinappa rose to a career high 10th position in the latest PSA world rankings, becoming the second Indian to break the top-10 barrier after longtime India teammate Dipika Pallikal.
ii. Meanwhile Dipika stays put at 19th this month and Sachika Ingale of India has dropped one place to be 82nd.
iii. The newly-crowned Egyptian women’s world champion has replaced England’s Laura Massaro from the pinnacle to become the second-youngest World No. 1. 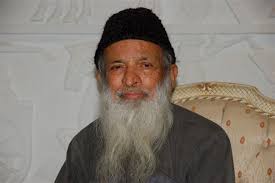 at the age of 88.
ii. Edhi was born in Gujarat in British India, Edhi and his Muslim family moved to Pakistan in 1947 during partition.
iii. The Edhi foundation was at the lead of the response last year when a devastating heat wave struck Karachi, a city of about 20 million people.
iv. The Foundation provides a several of free social services, including ambulances, orphanages and support for the elderly and disabled.