We are here for you to provide the important current affairs july 27 2017 which have unique updates of all daily events from all newspapers such as The Hindu, The Economic Times, PIB, Times of India, India Today, Indian Express, Business Standard, all Government official websites. Our complete current affairs helps you to get more marks in Banking, insurance, UPSC, SSC, CLAT, Railway and all other competitive Exams. 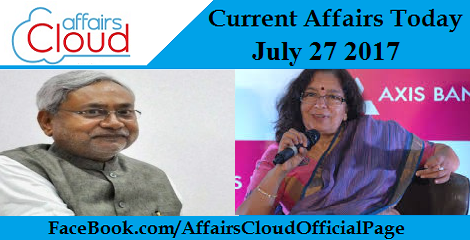 i. The memorial has been designed and built by the Defence Research and Development Organisation (DRDO). It has been build at a cost of 20 crore and blends Mughal and Indian architecture.
ii. PM Modi also distributed sanction letters to the beneficiaries of long liner trawlers under the ‘Blue Revolution’ scheme and also flagged off a new express train from Ayodhya to Rameswaram .Later PM Modi released a synopsis of the ‘Green Rameswaram’ project.

Mumbai Metro launches India’s first mobile ticketing system
The Mumbai Metro One Private Limited has announced the launch of India’s first Mobile Ticketing System ‘OnGo’on 26th of July 2017.
Key Points:
i. It will help commuters to buy their tickets on their mobile phones.
ii. Commuters will also be able to book tickets for future journeys up to seven days in advance using the system.
iii. The system is currently at an advanced stage of testing and is set to be launched by mid-August.
iv. Through ‘OnGo’, commuters can purchase tickets on the Mumbai Metro app and 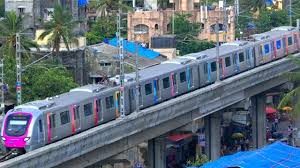 other partner apps like Ridlr.
v. Commuters can use the app to buy single and return tickets along with trip and store value passes.
vi.Commuters can purchase up to six tickets at a time and purchase both tickets and passes through the same app.
vii. A QR code will be generated that will have to be displayed before a non-protruding glass at the Automatic Fare Collection (AFC) gates.
About Mumbai Heritage Sites:
♦ Haji Ali: The Haji Ali Dargah is Mumbai’s most popular mosque and tomb, located on an islet 500 metres off the coast of Worli in South Mumbai.
♦ The Gateway of India: The Gateway of India is symbolic of Mumbai.
♦Taj Mahal Palace and Tower: This majestic hotel located in South Mumbai.

Australia sends its first uranium shipment to India
Australia has sent its first uranium shipment to India for testing purposes ahead of possible commercial sales.
Key Points:
i. It comes after India and Australia signed an agreement for civil nuclear cooperation in 2014 to meet India’s growing energy needs.
ii. Australian uranium has played a reliable long-term role in supplying India’s growing energy needs.
iii. The transfer is part of ongoing commercial negotiations between Australian uranium 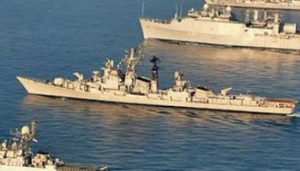 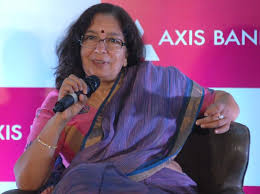 Axis Bank to buy FreeCharge from Snapdeal for Rs 385 crore
Axis Bank has announced that it has agreed to buy mobile payments wallet provider FreeCharge from e-commerce company Snapdeal for Rs 385 crore.
Key Points:
i. By acquiring Freecharges business would give Axis Bank access to about 52 million mobile wallet holders of Freecharge as well as about 150 to 200 professionals.
ii. The acquisition will double the customer base of the bank. Freecharge presently has revenue of about Rs 80 crore.
iii. Axis Bank offers key payment modes — mobile banking, credit cards, debit cards, forex cards and UPI payments.
iv. The bank has been driving digital acceptance and has established the second largest merchant network with over 4,33,000 PoS (point of sale) machines.
v. Axis Bank has been actively participating in market leading payment innovations through partnerships with Samsung Pay, Kochi Metro and BMTC.
About Axis Bank
♦ HQ: Mumbai, Maharashtra
♦ Founded: 1993
♦ MD&CEO: Shikha Sharma

NASA will chase total solar eclipse in jets to make it last longer
This rare eclipse will be the first in 99 years, when the Earth will cross the shadow of the moon, creating a total solar eclipse. The event will occur on 21st August 2017.
Key Points:
i. During the eclipse, the moon will pass between the Sun and Earth, blocking the face of the sun and leaving only its outer atmosphere, or corona, visible in the sky.
ii. NASA will fly”eclipse jets” to make totality when the moon blocks out the sun last nearly three times as long.
iii. The jets will use telescopes to study the sun’s corona, or outer atmosphere.
iv. A partial eclipse will be visible in every state, a total eclipse will be visible only across 14 states in the continental US along a 112-kilometer-wide swath of the country.
How to chase a total solar eclipse
Each WB-57F research aircraft, as eclipse jets are officially called, will take off from Ellington Field, which is located near NASA’s Johnson Space Center in Houston, Texas.
♦ Once they reach about 50,000 feet, they’ll make their way over Missouri, Illinois, and Tennessee as they chase the umbra.
♦ Each aircraft has a suite of sensitive instruments mounted on its nose.
♦ A pair of telescopes, which the institute’s researchers will point at the sun to record what may be the clearest photos of the sun’s corona, or outer atmosphere.
♦ The images of the corona will allow the team to search for a hypothesized family of asteroids called vulcanoids.
♦ If discovered, vulcanoids give scientists an insight into how Mercury and other rocky planets may have formed.

DNA of human embryos edited for 1st time in US
Scientists in the US for the first time have successfully used gene-editing tools on human embryos to correct defective DNA that cause inherited diseases. This study may open gates to Designer Babies.
Key Points:
i. According to the ‘MIT Technology Review’ the experiments are a milestone in journey towards the birth of the first genetically modified humans. 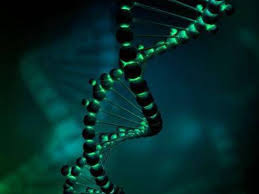 ii. It involved changing the DNA of a large number of one-cell embryos with the controversial gene-editing technique CRISPR.
iii. Scientists wanted to show that they can eradicate or correct genes that cause inherited disease, like thalassemia.
iv. The genetically modified child would then pass the changes on to subsequent generations.
v. According to Jun Wu from the Salk Institute in the USthis will be the first study reported in the US.

National Centre for Seismology launches ‘India Quake’ – An App for Earthquake Parameter Dissemination
On the occasion of Foundation Day of Ministry of Earth Sciences in New Delhi Union Minister of Science & Technology, Earth Sciences and Environment, Forests & Climate Change, Dr. Harsh Vardhan has launched an app“India Quake”on 27th of July 2017.
Key Points:
i. National Centre for Seismology (NCS) operates national seismological network with 84 stations.
ii. These stations are connected to NCS headquarter through VSAT for real time data communication.
iii. To overcome this, a Mobile App has been developed by the NCS for automatic dissemination of earthquake parameter (location, time and magnitude) after the occurrence of earthquakes.
iv. The App will make information dissemination faster with no restrictions on the number of recipients.
v. Any citizen can download this App and get the real time earthquake location information on his/her mobile.
vi. There are two categories of events such as scrutinized and unscrutinized.
vii. Unscrutinized events are the earthquake whose parameters have been estimated automatically by the software using the incoming waveform data from remote stations.
viii. These solutions are scrutinized and confirmed by the NCS, which form the category of scrutinized events.

Uttarakhand records second highest tiger count in India
As per the announcement by Trivendra Singh Rawat, Chief Minister of Uttarakhand the count of tigers in Uttarakhand shot up 242 with an increase of 63 big cats in the year 2017.
Key Points:
i. In addition, 11 cubs were also found in the two tiger reserves, the Corbett Tiger Reserve and the Rajaji Tiger Reserve, in the state. 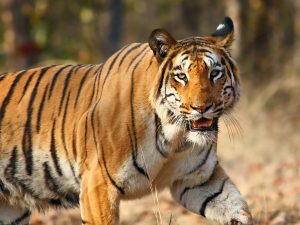 ii. Around 535 cameras installed in Corbett Tiger Reserve played a key role in collecting the recent data.
iii. Uttarakhand is the second state in terms of tiger count behind Karnataka, which has 400 big cats.
iv. According to the latest statistics, at least 208 tigers have been identified in Jim Corbett Tiger Reserve, up from last year’s 163. Also six cubs were identified there.
v. At least 34 tigers have been identified in Rajaji Tiger Reserve in 2016-17, up from previous year’s 16. Five cubs were also found there.
vi. On the other hand, 562 cameras were put at strategic locations in core areas of the Rajaji Tiger Reserve in collaboration with the Indian Wildlife Institute and World Nature Fund (WWF).
About Jim Corbett Tiger Reserve
♦ Established in 1936 as Hailey National Park to protect the endangered Bengal tiger.
Located in Nainital district of Uttarakhand.
About Rajaji Tiger Reserve
♦ Rajaji National Park is an Indian national park and tiger reserve.The Park has been named after C. Rajagopalachari, the second and last Governor-General of independent India.
♦ In 1983, three wildlife sanctuaries in the area namely, Chilla, Motichur and Rajaji sanctuaries were merged into one.

Glow-in-the-dark shark discovered in the Pacific
Scientists have discovered a new species of glow-in-the-dark shark in the Pacific Ocean.
Key Facts:
i. It has an unusually large nose, weighs a little less than a kilo and measures less than a foot.
ii. They are not easily visible or accessible like so many other sharks.
iii. It lives 1,000 feet below the Pacific Ocean off the coast of the northwestern Hawaiian Islands.
iv. The new species, a member of the lanternshark family, has been named Etmopteruslailae.
v. It has a strange head shape and an unusually large and bulgy snout where its nostrils and olfactory organs are located.
vi. These creatures are living in a deep sea environment with almost no light so they need to have a big sniffer to find food.
vii. It has other distinctive features like flank markings that go forward and backward on their bellies and a naked patch without scales on the underside of its snout. 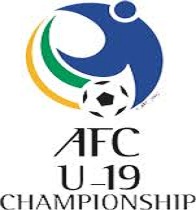 Key Points:
i. The AFC U-19 championship is scheduled to be held from 18 October to 4 November 2018.
ii. The committee felt that Indonesia was regarded as the most favourable among the bidders.
About Indonesia
♦ Capital: Jakarta
♦ Currency: Indonesian Rupiah
♦ President: Joko Widodo

ii. He was born in 1936 at Nelogi village in Kalaburgi district.He also served as Member of Parliament in LokSabha.
iii. He won seven straight Assembly election terms from the Jewargi constituency in Karnataka.