We are here for you to provide the important current affairs July 24 2018 which have unique updates of all daily events from all newspapers such as The Hindu, The Economic Times, PIB, Times of India, India Today, Indian Express, Business Standard, all Government official websites. Our complete current affairs helps you to get more marks in Banking, insurance, UPSC, SSC, CLAT, Railway and all other competitive Exams. Lok Sabha passes National Council for Teacher Education (Amendment) Bill, 2017
On 23rd July 2018, the Lok Sabha passed the National Council for Teacher Education (Amendment) Bill 2017 to grant retrospective recognition to Central/State institutions that are conducting teacher education courses without NCTE approval.
National Council for Teacher Education (Amendment) Bill, 2017:
i. This has been done as a one-time measure so that, the future of students studying in these institutions is not affected.
ii. All institutions running teacher education courses, like B.Ed and D.El.Ed have should obtain recognition from NCTE (National Council for Teacher Education) under section 14 of the NCTE Act.
iii. The NCTE Act, 1993, came into act in 1995. It applies to all parts of India, except Jammu and Kashmir.
iv. This one-time measure introduced by the bill will apply to 20 public institutions that are running teacher education courses without the UGC approval.
v. This information was provided by Minister of Human Resource Development Prakash Javadekar.
vi. He said that, to make sure that institutes providing B.Ed courses maintain quality, they have been asked to submit affidavits recording the facilities they offer.
vii. Out of the 18,600 institutes, 8,700 institutes have submitted affidavits. He said that, show-cause notices were issued to 10,000 institutes, of which 3,700 submitted affidavits.
viii. Overall around 12,000 institutes have submitted affidavits. He added that, there will be an induction programme for new recruits to enhance the quality of teachers.
Some important lakes in India:
♦ Chapanala Lake – Assam
♦ Haflong Lake – Assam
♦ Son Beel Lake – Assam

A four-member committee headed by Union Home Secretary Rajiv Gauba to curb mob violence
On July 24, 2018, The Government set up a four-member committee headed by Home Secretary Shri Rajiv Gauba.
Objective:
To suggest measures and legal framework to effectively deal with incidents of mob violence
Key Points:
i. The other members of the committee are : secretaries of the justice, legal affairs, legislative, and social justice and empowerment departments.
ii. The committee will submit its recommendations to the Group of Ministers (GoM) committee of the government within four weeks.
Apart from this, another high level committee of Group of Ministers (GoM) has been constituted
i. It will be headed by Home Minister Singh Shri Rajnath Singh.
ii. The members of this committee are: External Affairs Minister Sushma Swaraj, Road Transport Minister Nitin Gadkari, Law Minister Ravi Shankar Prasad and Social Justice and Empowerment Minister Thawar Chand Gehlot.
iii. The GoM will submit its recommendations to Prime Minister Narendra Modi.
Background:
The move came after the recent Supreme Court direction to the central government on the issue of mob violence and lynching.

Key Points:
i. To invite people to share images of the Childline 1098 logo that they can spot and send it with a tagline.
ii. This is a part of the steps taken to address trafficking and sexual abuse of children.
Other steps taken by the MCD for this are:
i. Ministry signed an MoU with the Ministry of Railways to rescue and rehabilitate runaway, abandoned, kidnapped and trafficked children via Railways.
ii. Popularised it through the National Council Of Education Research and Training (NCERT) publications and screening of educational films.
iii. Dreafting and approval of Draft Trafficking of Persons (Prevention, Protection & Rehabilitation) Bill, 2018, in February 2018.
About CHILDLINE:
♦ CHILDLINE is India’s first 24-hour, free, emergency phone service for children in need of aid and assistance. The number is ‘1098’.
♦ At present, it is operational at 450 locations.

3 states UP, Jharkhand and Maharashtra launched Swachh Survekshan Grameen 2018
On July 24, 2018, 3 states namely, UP, Jharkhand and Maharashtra launched the Swachh Survekshan Grameen 2018 (SSG 2018) announced by the Ministry of Drinking Water and Sanitation on July 13th, 2018.
Key Points:
i. In UP, it was launched by Chief Minister of Uttar Pradesh, Yogi Adityanath in Lucknow .
ii. In Jharkhand , it was launched by Chief Minister of Jharkhand, Shri Raghubar Das.
iii. In Maharashtra, it was launched by Cabinet Minister, Water Supply and Sanitation Department, Government of Maharashtra Shri Babanrao Lonikar.
iv. In Maharashtra, one million Varkaris gathered at Pandharpur on the occasion of Aashadhi Ekadashi to participate in this launch.
v. The objective of SSG 2018 is to undertake a ranking of States and Districts on the basis of their performance on SBM-G parameters.
About Swachh Survekshan Grameen 2018 (SSG-18):
i. An independent survey agency will conduct the survey in all districts from 1st to 31st August 2018, and the results will be announced in the form of a ranking of all districts and States.
ii. The top performing States and Districts are expected to be awarded on 2nd October 2018.
iii. As a part of this survey: 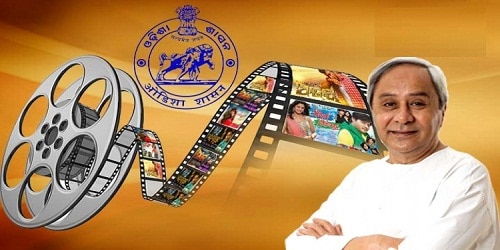 Key Points:
i. Other members of the committee include: Micro, Small and Medium Enterprises Minister Prafulla Samal and Industries Minister Ananta Das.
ii. Principal Secretary, Industries Department, Sanjeev Chopra will be Convener of the committee.
iii. It would suggest the steps to be taken to revive the film industry and also for renovation of the Kalinga Studio, located on the outskirts of Bhubaneswar.
iv. It has been asked to submit its report within a month.
Background:
i. According to the Eastern India Motion Pictures Association (EIMPA) estimates, only seven were hits from 37-odd films released in 2013. Around 34 Odia films were released in 2017.
ii. The industry had incurred total loss to be around Rs 10 crore.
Odisha:
♦ Capital: Bhubaneswar.
♦ Chief Minister: Naveen Patnaik.
♦ Governor: Ganeshi Lal.
Nicknames:

National Diary Plan:
♦ The Government of India has approved National Dairy Plan Phase- I (NDP-I) with an outlay of Rs. 2,242 Crore for implementation during 2011-12 to 2018-19 as a Central Sector Scheme.
♦ The Scheme is implemented through National Dairy Development Board.
♦ NDP-I is being implemented in the 18 major milk producing States constituting 90% of the milk production.
♦ Launch Year: 2011

Safeguarding the Intangible Cultural Heritage and Diverse Cultural Traditions of India:
i. Objective of the scheme: reinvigorating and revitalizing several institutions, groups, individuals, identified non-MoC institutions, non-government organisations, researchers and scholars in order to help them involve in activities or projects for strengthening, protecting, preserving and promoting the rich intangible cultural heritage of India.
ii. The Scheme is implemented through: Sangeet Natak Akademi. It is an autonomous organisation under the Ministry of Culture.
iii. Various proposals related to safeguarding of intangible cultural heritages received from Madhya Pradesh have been approved under the scheme.
iv. On 24th July 2018, Dr. Mahesh Sharma, Ministry of state (independent charge) for Culture and Minister of State for Environmnet, Forest and Climate change provided this information.
Some important museums in India:
♦ Teen Murti Bhavan – New Delhi
♦ Sanskriti Kendra Museum – Delhi
♦ Shankar’s International Dolls Museum – Delhi 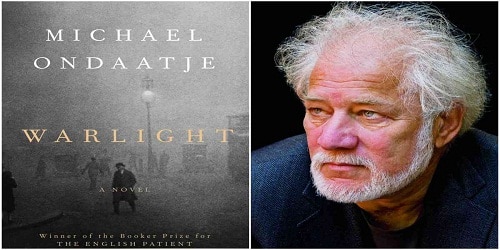 i. “Warlight” tells the story of two orphans in London in the immediate aftermath of World War II.
Key Points:
i. 13 books has been announced chosen from 171 submissions this year which is  the highest number of titles in the award’s 50 years history.
ii. This year’s Man Booker Prize includes six U.K. writers, three from the United States, and two each from Canada and Ireland.
iii. It includes four debut novels and one from American novelist Rachel Kushner.
iv. The list will be pared to six finalists in September and the winner will be announced on Oct. 16 at a black-tie dinner at London’s Guildhall.
v. To mark Man Booker’s 50th anniversary, a special award to Ondaatje’s “The English Patient,” which won the Booker in 1992, was named winner of the Golden Man Booker winner on July 8.
About Man Booker’s Prize:
♦ The prize was originally open to British, Irish and Commonwealth writers. Americans have been eligible since 2014.
♦ The winner receives 50,000 pounds (USD 65,000). 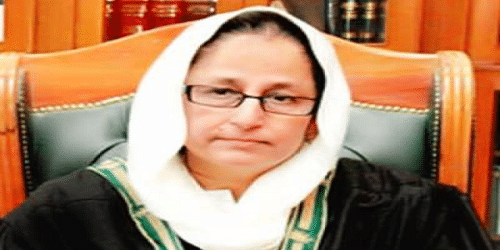 13th launch of SpaceX Falcon 9 Sets New Record of launching heaviest satellite ever
SpaceX conducted their 13th launch of the year with a Falcon 9 rocket launching the Telstar 19V communications satellite for Canada’s Telesat.
i. It has set a record as the heaviest payload that a Falcon 9 has ever carried to a GTO.
ii. The satellite weights over 7000 kg.
iii. Telstar 19 VANTAGE will offer coverage across the Americas and the Atlantic.
iv. The satellite has been produced by Space Systems Loral (SSL).
v. The goal is to provide high-throughput broadcast and internet services from Brazil to the northernmost regions of Canada.
SpaceX:
♦ Headquarters: California , USA.
♦ CEO: Elon Musk. 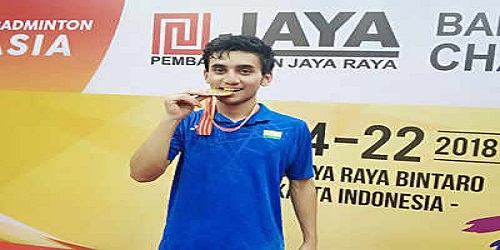 i. The tournament was played in a mixed team format and individual format. From 14th to 17th July 2018. The individual events were played from 18th to 22nd July 2018.
Lakshaya Sen won gold medal:
i. On 22nd July 2018, Indian badminton player Lakshaya Sen defeated Indonesia’s Kunlavut Vitidsaran 21-19, 21-18 in the finals and won gold medal in the Badminton Asia Junior Championship.
ii. Lakshaya Sen has won a gold medal for India at the Badminton Asia Junior Championship after a gap of 6 years. He is 16 years old.
About Badminton Association of India:
♦ President – Himanta Biswa Sarma
♦ Headquarters – New Delhi