We are here for you to provide the important Current Affairs March 19 2019, which have unique updates of all daily events from all newspapers such as The Hindu, The Economic Times, PIB, Times of India, PTI, Indian Express, Business Standard and all Government official websites. 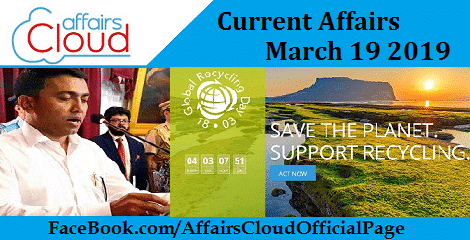 i. Ice Stupa team of Himalayan Institute of Alternatives, Ladakh (HIAL) with support from Leh-Phodo society and Army, has built an Ice Stupa at Gangles with an aim to reduce shortage of water in Leh.
ii. The team plans to build more such artificial glaciers (Ice Stupas) in Leh, so that problem related to water supply, faced by Ladakhi farmers due to receding of glaciers, can be reduced.
iii. About 12 villages across Ladakh have built Ice Stupas on experimental basis and on 22nd March, ‘World Water Day’ will be celebrated at Ice Stupa at Shara, where teams from other villages, who have built Ice Stupas, will be felicitated.
iv. Climate change in Ladakh has shrunk glaciers and made rainfall and temperature unpredictable. Water is required to irrigate fields of barley, apples and other crops during spring but glaciers do not melt till summer.
v. Engineer Sonam Wangchuk (recipient of Rolex Award 2016 and Ramon Magsaysay 2018), to help farmers from dry-spell and barren yield, has invented a way to bring irrigation to people in the form of glacier grafting technique that creates artificial glacier, used for sharing winter water (which otherwise goes waste) in the form of conical shaped Ice Stupa.

International Workshop on Disaster Resilient Infrastructure (IWDRI)2019 held in New Delhi
International Workshop on Disaster Resilient Infrastructure (IWDRI), a two-day workshop organised by National Disaster Management Authority (NDMA) in collaboration with United Nations Office for Disaster Risk Reduction (UNISDR), and in partnership with the Global Commission on Adaptation, United Nations Development Programme and the World Bank was held at New Delhi.
i. The objectives of the workshop were to:
♦ Identify good practices of disaster risk management in key infrastructure sectors.
♦ Identify specific areas and pathways for collaborative research on DRI (Transport, Energy, Telecom and Water).
♦ Discuss and co-create the broad contours of the Coalition for Disaster Resilient Infrastructure (CDRI) as well as a notional roll-out plan for the next three years.
♦ Build a forum for members to work on areas of common interest and make specific commitments.
ii. Besides reducing infrastructure losses, disaster resilient infrastructure will also help achieve targets pertaining to reduction in mortality, number of affected people and economic losses due to disasters.
iii. The first IWDRI was held in January 2018 and IWDRI 2019 built upon some of the ideas generated at the IWDRI 2018 as a crucial milestone towards the establishment of the Coalition for Disaster Resilient Infrastructure (CDRI).
iv. The CDRI is envisaged as a knowledge exchange and capacity development partnership and India had announced the creation of a CDRI soon after the Asian Ministerial Conference on Disaster Risk Reduction, which was held in New Delhi in 2016. 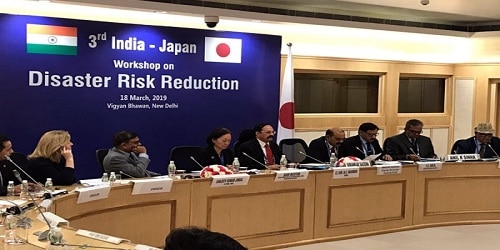 i.The objective behind this meet was to enhance collaboration between research institutes, cities and the private sector in the field of DRR.
ii.The workshop was attended by about 140 delegates from India and Japan including experts from premier research institutes, city administers and specialized Disaster Management agencies.
ii. In September 2017, India and Japan signed Memorandum of Cooperation (MoC) in the field of DRR.

Centre approved the name change of a Nagaland village Old Mangkhi to Mungankhun
The Union Home Ministry has approved the changing of name of the Old Mangkhi village in Tuensang of Nagaland to Mungankhun village.
i. The central government has given its ‘no-objection’ to renaming of 22 villages, towns and railway stations across the country since December 2017.
ii. About 10 proposals received from the state governments for change of names of villages are pending in the home ministry.
iii. The 22 cleared proposals are follows:

External Affairs Minister Sushma Swaraj 2-day visit to Maldives
External Affairs Minister Sushma Swaraj held a 2-day joint ministerial meeting for 17th and 18th March 2019, with her Maldivian counterpart Abdullah Shahid, where the latter has assured to remain sensitive towards India’s security and strategic concerns.
i. Both the representatives have discussed steps to continue the upward trajectory in bilateral relationship
ii. This visit has availed both India and Maldives to exchange approved agreement on visa facilitation for diplomatic and official passport holders, development cooperation, and renewable energy to benefit both the countries……………………Click Here to Read More

U.K. government to remove any limit on the number of PhD-level work visas
U.K. Chancellor Philip Hammond announced in a Budget update, referred to as the annual Spring Statement, that from Autumn 2019, PhD-level occupations will be exempt from the Tier 2 (General) cap, and at the same time the government will update the immigration rules on 180-day absences so that researchers conducting fieldwork overseas are not penalised if they apply to settle in the U.K. 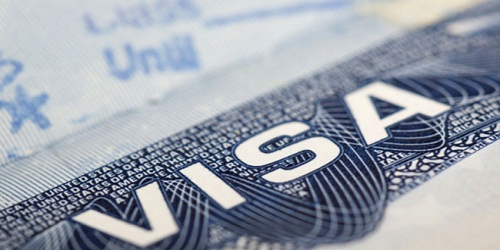 i. Indians are among the largest group of professionals set to benefit from this decision, as they form the largest chunk of highly-skilled professionals within the Tier 2 (General) category of work visas, accounting for 54% of all such visas granted in 2018.
ii. Indian nationals also marked the largest increase in the grant of Tier 2 visas last year, upby 6% at 3,023 more visas compared to the previous year.
About UK
♦ Capital – London
♦ Currency – Pound Sterling
♦ Prime Minister – Theresa May

IBBI and SEBI signed an MoU for effective implementation of IBC
The Insolvency and Bankruptcy Board of India (IBBI) signed a Memorandum of Understanding (MoU) with the Securities and Exchange Board of India (SEBI) seeking effective implementation of the Insolvency and Bankruptcy Code, 2016 (Code) and its allied rules and regulations, which have redefined the debt-equity relationship and aims to promote entrepreneurship and debt market,at Mumbai. 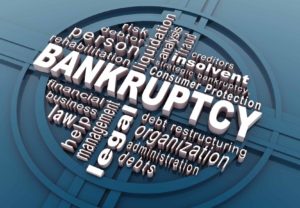 i. Under the MoU, they agreed to assist and cooperate with each other for the effective implementation of the Code, subject to limitations imposed by the applicable laws.
ii. The MoU provides for:
♦ Sharing of information between the two parties, subject to the limitations imposed by the applicable laws.
♦ Sharing of resources available with each other to the extent feasible and legally permissible.
♦ Periodic meetings to discuss matters that the parties believe would be of interest to each other in fulfilling their respective statutory obligations.
♦ Cross-training of staff in order to enhance each party’s understanding of the other’s mission for effective utilisation of collective resources.
♦ Capacity building of insolvency professionals and financial creditors.
♦ Joint efforts towards enhancing the level of awareness among financial creditors about the importance and necessity of swift insolvency resolution process of various types of borrowers in distress under the provisions of the Code, etc.

MoU signed by Ola and Telangana Govt. to strengthen traffic infrastructure in Hyderabad
A Memorandum of Understanding (MoU) was signed between Ola and the Government of Telangana to support the government’s initiative to implement smart solutions to enhance mobility experience further strengthening traffic infrastructure in Hyderabad.
i. Under the MoU, the first pilot project proposed is the dynamic mapping of riding quality of various major roads in Hyderabadthrough the network of vehicles operating on the Ola platform.
ii. The desired outcome of this pilot project is to reduce accidents causing because of potholes, monitor the construction of roads, and prioritize budget for road repair.
About Telangana
♦ Capital – Hyderabad
♦ Chief Minister – K. Chandrashekar Rao
♦ Governor – E. S. L. Narasimhan

Raghu Karnad awarded Windham-Campbell prize in the UK for his debut book
Indian journalist, author and chief of The Wire, ‘Raghu Karnad’ received the prestigious Windham- 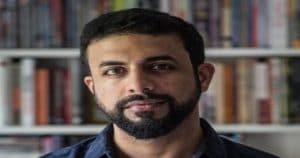 Campbell prize of USD 165,000 for his debut book, ‘Farthest Field: An Indian story of Second World War’, published in the year 2015 in non-fiction category.
i. The award was given by Yale University in the United Kingdom to 8 recipients of English language writers from around the world.
ii .The book was also awarded the Sahitya Akedemi Yuva Puraskar for a writer in English in the year in 2016, the book was shortlisted for the Hessell-Tiltman Prize.

About Kirti Chakras
This award is given for bravery and courageous action during the battle. It is the peacetime award parallel of the Maha Vir Chakra. Also the second peacetime gallantry awards in order of precedence also it comes after Ashoka Chakra and before Shaurya Chakra.
Established: 4 January 1952 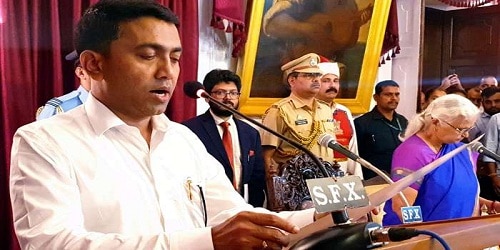 Rear Admiral Krishna Swaminathan assumed charge as the new Flag Officer Sea Training
Rear Admiral Krishna Swaminathan, VSM, has assumed charge as Flag Officer Sea Training (FOST) at Kochi on 18th March 2019.
i. He is a specialist in Communication and Electronic Warfare was commissioned into the Indian Navy on 1st July 1987, and is an alumnus of the National Defence Academy, Khadakwasla at Pune.
ii. He will succeed Rear Admiral Sanjay J Singh, who has been appointed as Flag Officer Commanding Western Fleet (FOCWF).

On 16th March 2019 American Rock Guitarist Dick Dale, popularly known as the King of the Surf Guitar was died at the age of 81due to ill health.
i. He recorded the hit song ‘Misirlou’ in the year 1962.
ii. He was born in Boston, Massachusetts, on May 4, 1937.

US Economist Alan B. Krueger passed away aged 58 years
Former White House Economist, Alan B. Krueger, who advised two presidents and helped lead economics toward a more scientific approach to research and policymaking, was found dead at his home in Princeton, New Jersey, United States after committing suicide.
i. He was born on 17th September 1960 in Livingston, New Jersey, United States and was 58 years old at the time of his death.
ii. He was an assistant secretary of the Treasury from 2009 to 2010, as President Barack Obama’s administration tried to lead the United States out of its worst recession since the Great Depression.
iii. President Obama later named him chairman of the Council of Economic Advisers, a post he held from 2011 to 2013
iv. He was the Labor Department’s chief economist under President Bill Clinton from 1994 to 1995. Global Recycling Day is held on 18th March every year, with an aim to change the mindset of governments, businesses, communities and individuals around the world, to see recyclables as resource – not waste.The theme for Global Recycling Day 2019 was “Recycling into the Future”.
i. It was created in 2018 to help recognize, and celebrate, the importance recycling plays in preserving our precious primary resources and securing the future of our planet.

Former IAS, Shah Faesal launched ‘Jammu and Kashmir People’s Movement’
On 17th March, 2019, Shah Faesal, 2010 batch civil servant who had resigned from his post this year, launched his political party ‘Jammu and Kashmir Peoples’ Movement’(JKPM) in Jammu and Kashmir.
i. The motive behind this movement is to bridge the distance between New Delhi and Islamabad in order to resolve the Kashmir dispute.
ii. This movement will curb corrupt system and work towards a peaceful resolution to the Kashmir issue.
iii. Party slogan – “Ab Hawah Badlegi’ (Now winds will change directions)”