We are here for you to provide the important Recent and Latest Current Affairs 15 October 2020, which have unique updates of Latest Current Affairs 2020 events from all newspapers such as The Hindu, The Economic Times, PIB, Times of India, PTI, Indian Express, Business Standard and all Government official websites. 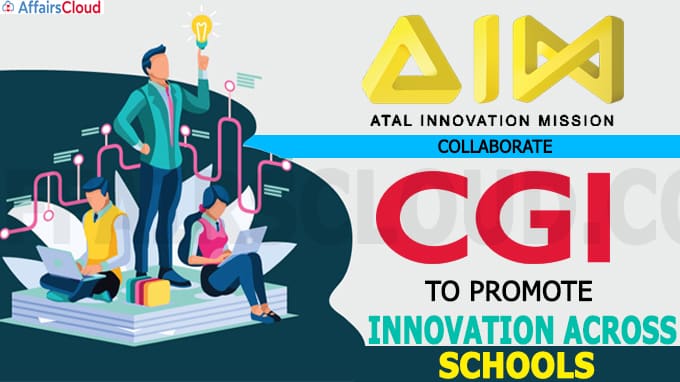 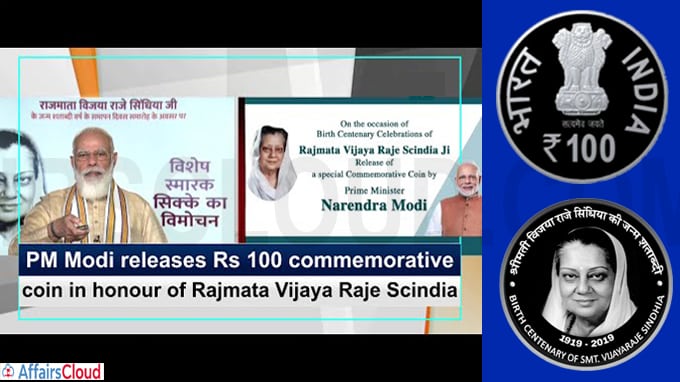 On 12th October 2020, Prime Minister(PM) Narendra Modi released the new coin of Rs.100 denominations to honour the legacy of Rajmata Vijayaraje Scindia on the occasion of her birth centenary over a virtual event. She was born on 12th October 1919.
Prahlad Singh Patel, Union Minister of Culture and the family members of Vijayaraje Scindia participated in the event.
About Vijayaraje Scindia:
i.Vijayaraje Scindia played a major role in inspiring a generation of Party Karyakartas through her courage, compassion and ideologies.
ii.She contributed to popularizing the Ram Janmabhoomi movement of BJP following the demolition of Babri Masjid in 1992.
iii.She served as a member of parliament from 1957 to 1967.
iv.She served as the vice president of BJP till she stepped down and quit electoral politics in 1998 due to health reasons.
v.She passed away in January 2001.
Books:
She penned her autobiography “The last Maharani of Gwalior” with the support of author Manohar Malgonkar. 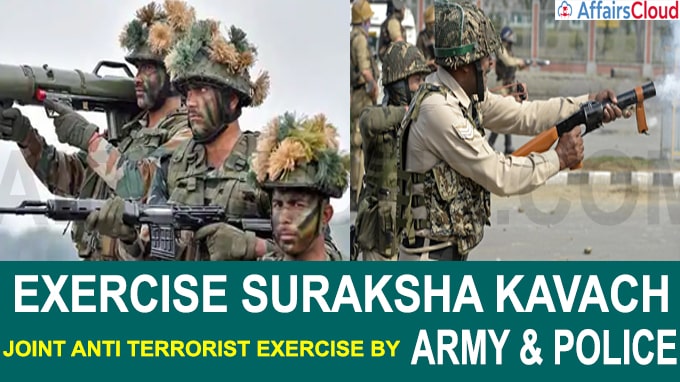 On October 9, 2020, a joint anti-terrorist exercise “Suraksha Kawach (security shield)” between Indian Army and Maharashtra Police at Lullanagar Pune (Maharashtra) was organized by Agnibaaz Division (41 Artillery Division) of Southern Command of the Indian Army, along with equipment display. It was carried out taking all safety norms of COVID-19.

About Exercise:
As a part of exercise a scene regarding the presence of terrorists in family accommodations was built up. 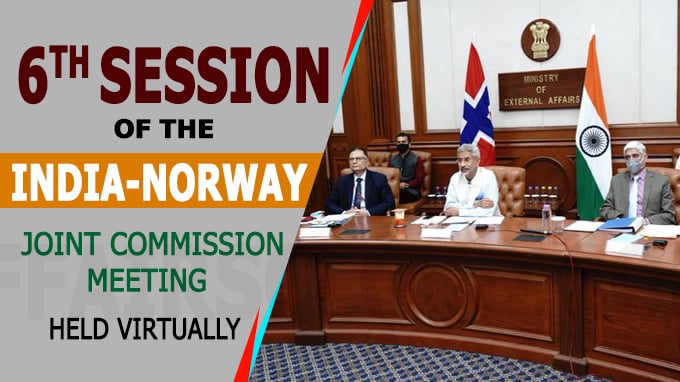 According to Arton Capital’s Passport Index 2020, India has been ranked 58th in the list of World’s Most Powerful Passports. New Zealand topped the list followed by Japan, Germany, Austria, Luxembourg, Switzerland, Ireland, South Korea and Australia in second place.

Debt Crisis has increased in Developing Countries due to Pandemic : World Bank 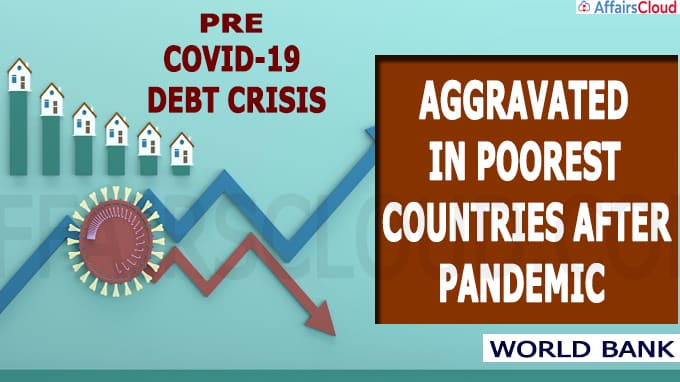 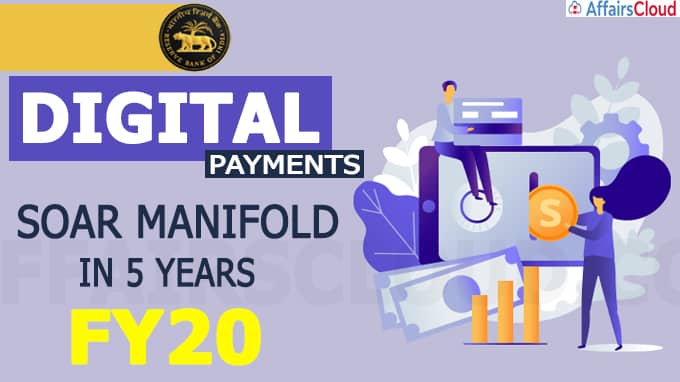 i.In accordance with the latest data of Reserve Bank of India (RBI), between 2015-16 and 2019-20, digital payments increased at a compounded annual growth rate of 55.1% from 593.61 crore in FY2015-16 to 3,434.56 crore in FY19-20.
ii.In absolute terms, this value has grown from Rs 920.38 lakh crore to Rs 1,623.05 lakh crore during this period at an annual compounded rate of 15.2%.
iii.As percent of card usage, they are being used increasingly for payments–from 20 per cent in FY16 to 45 per cent in FY20, with debit card turnover outpacing credit card values.
iv.RBI has decided to adopt Next Generation Treasury Application (NGTA) for managing India’s foreign exchange and gold reserves in order to improve its functioning.
Static points about Reserve Bank of India (RBI):
-It was established on the recommendation of the Hilton Young Commission.
-RBI is responsible only for printing the currency notes. Minting of coins is done by the Government of India.
-Dr. Manmohan Singh is the only Prime Minister to have also served as the Governor of RBI.
<<Read Full News>> 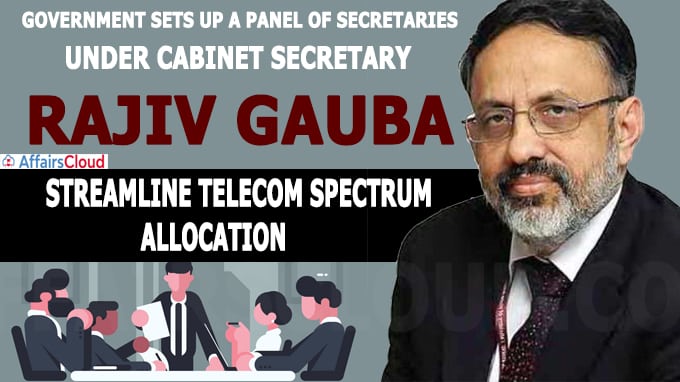 i.On October 14, 2020, the Central Government has formulated a panel of secretaries under cabinet secretary Rajiv Gauba to streamline the spectrum allocation process and examine the possibility of making the auction of spectrum an annual calendar event. The panel comprises the secretaries of home, defence, railways, telecom, Information and Broadcasting (I&B) and department of space.
ii.The decision regarding formulation of the panel has been made on the lines of telecom sector demand for the requirement of a clear road map for auctioning spectrum enabling them to plan and allocate resources efficiently.
iii.In the past 10 years, the government has auctioned spectrum six times viz. 2010, 2012, 2013, 2014, 2015 and 2016 but there is no clarity on the frequency of future airwaves sale.
About Ministry of Communication:
Union Minister– Ravi Shankar Prasad
Minister of State (MoS)– Sanjay Shamrao Dhotre
<<Read Full News>> 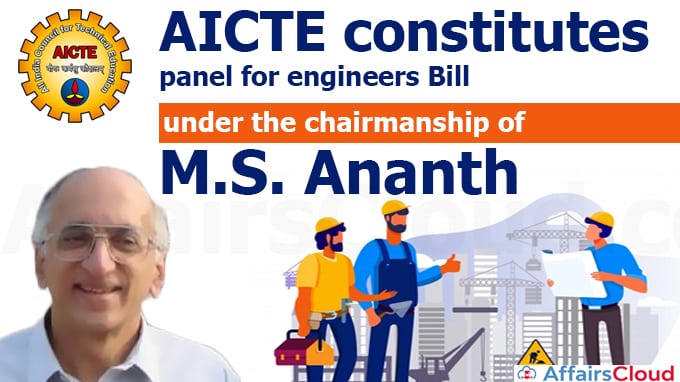 On 13th October the World Athletics named Constantina Dita, Romanian long-distance runner and the Champion of 2008 Beijing Olympics as the brand ambassador of World Athletics Half Marathon Championships 2020 which will be held on 17th October 2020 at Gdynia, Poland.
About Constantina Dita:
i.Constantina Dita won the 2004 Chicago Marathon and came second in the 2005 Chicago Marathon (major City Marathons).
ii.She made her double victory (both individual and team gold) in the 2005 Edmonton.
iii.She also made into the podium position in 3 editions of the London Marathon.
iv.She is the founder and President of the annual Bucharest International 10 kilometers(Km).
v.She completed the 2019 Berlin and New York marathons in 3.07 and 3.30 respectively.
Note:
She earned 7 medals out of the 8 editions of World Half Marathon Championships in which she had competed. 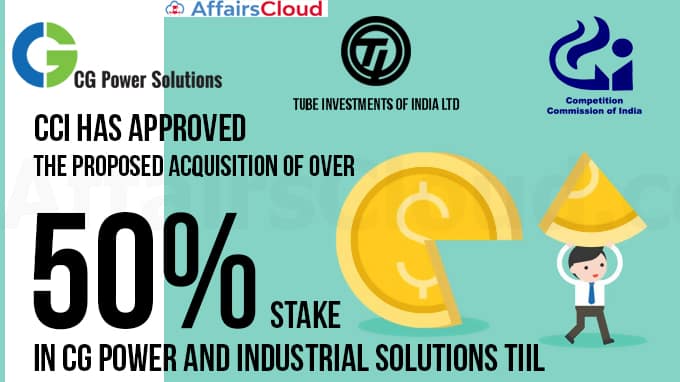 i.The National Aeronautics and Space Administration(NASA) has chosen ‘India Sat’, an indigenous experimental satellite developed by 3 students from Tamil Nadu namely, M. Adnaan of Thanthonrimalai, M. Kesavan of Nagampalli and V. Arun of Thennilai for launch in suborbital space in June, next on NASA’s sounding rocket 7.
ii.This satellite model has outnumbered many other satellites designed as part of the global competition conducted by the Cubes in Space, a programme of Idoodledu Inc in association with NASA.
About National Aeronautics and Space Administration (NASA):
Administrator– James Frederick “Jim” Bridenstine(13th administrator)
Headquarters– Washington, United States of America
<<Read Full News>> 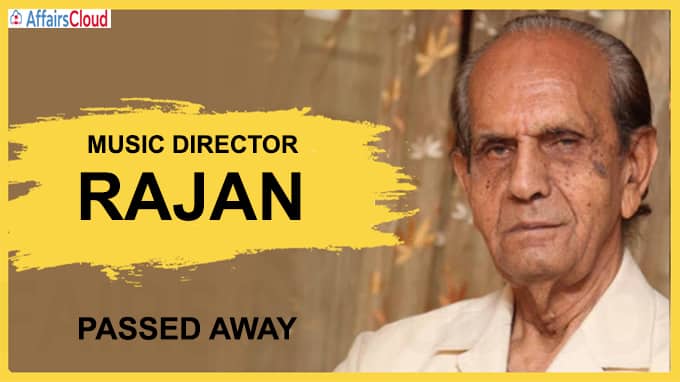 On 11th October 2020, Veteran Kannada Music Composer Rajan of the popular Rajan – Nagendra duo passed away at the age of 85 in his residence at Bengaluru, Karnataka.He was born in 1933, in Mysuru, Karnataka.
About Rajan:
i.Rajan debuted into the Kannada film industry as a music director along with his brother Nagendra through the film “Sowbhagya Lakshmi” in 1952.
ii.The duo were popularly known as the Kalyanji-Anandji of Kannada film music.
iii.For around 40 years (1952 to 1999) of this career as the Music Directors, they have composed music for around 375 films in Kannada, Telugu, Tulu, Tamil and Sinhala.
iv.Most of his songs were sung by SP Balasubramanyam and S.Janaki.
v.Some of his popular works include, Akashave beelali mele (Nyayave Devaru), Aakaashadinda Dharegilid(Chandanada Gombe) etc.
vi.After his retirement from composing music for films, Rajan started his classical music school “Sapta Swaranjal” in Bengaluru.
Awards:
The Rajan-Nagendra Duo won the Kannada State Awards for Best Music Director for Eradu Kanasu (1973-1974) and Parasangada Gendethimma (1978-1979).
Note:
Nagendara passed away in 2000 at the age of 65. 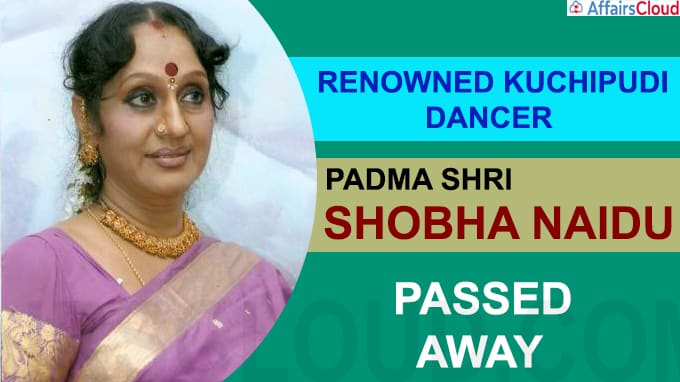 On October 14, 2020 Renowned Kuchipudi dancer Padma Shri Shobha Naidu passed away at the age of 64 in a private hospital Hyderabad, Telangana. She was a disciple of the legendary guru Vempati Chinna Satyam. She was the Principal for Kuchipudi Art Academy, Hyderabad. She was born at Anakapalli in Visakhapatnam district in 1956.
About Shobha Naidu:
i.She was among the foremost Kuchipudi dancers of India.
ii.Her portraits of Satyabhama, Padmavathi and Chandalika, are her best roles.
iii.She has choreographed about 80 solo numbers and about 15 ballets.
iv.She has also trained over 1,500 students from India and overseas.
v.She had given stage performances in the countries namely  US, UK, among others.
vi.She declined to enter the cinema field.
Awards & Honours
i.She has received the following awards, namely, Nritya Choodamani award(1982), Sangeet Natak Akademi Award(1991),  Nritya Kala Siromani award(1996)  from the Sri Krishna Gana Sabha of Madras, Late Sri N T Rama Rao award(1998), Padma Shri in 2001  for Art and Hamsa award by State Government of Andhra Pradesh among others.
ii.Visakha Music and Dance Academy (VMDA) honoured her with the title ‘Navarasa Natya Kalanidhi’ at Kalabharathi in 2013.
iii.She was awarded the title ‘Nritya Kala Siromani’ from the Nungambakkam cultural association. i.World Standards Day or International Standards day is annually celebrated on October 14 by the members of the International Electrotechnical Commission (IEC), International Organization for Standardization (ISO) and the International Telecommunication Union (ITU).
ii.It is celebrated as a way of paying tribute to the collaborative efforts of many experts globally, namely American Society of Mechanical Engineers (ASME),  Institute of Electrical and Electronics Engineers (IEEE), and Internet Engineering Task Force (IETF) who develop the voluntary technical agreements that are published as International Standards.
iii.Theme of World Standards Day 2020– “Protecting the planet with standards”.
About International Organization for Standardization (ISO):
HeadQuarters– Geneva, Switzerland
Members– 165, including India
President- Eddy Njoroge(Kenya)
<<Read Full News>> 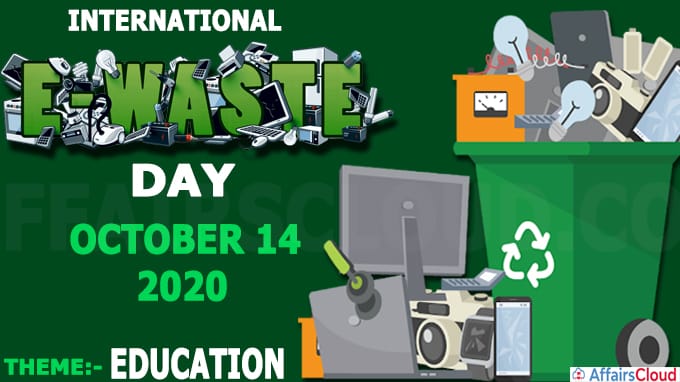 The Third International E-Waste Day was observed on 14th October, 2020. The day is observed to raise awareness about e-waste recycling and encourage consumers to recycle e-waste. It aims to sensitise the youth on E-waste.
i.International E-Waste Day has been observed since 2018 by WEEE (Waste Electrical & Electronic Equipment) Forum.
ii.This year the day will be observed on the Theme of Education.
About WEEE (Waste Electrical & Electronic Equipment):
President of WEEE Forum – Jan Vlak
Headquarters – Brussels (Belgium)
<<Read Full News>> 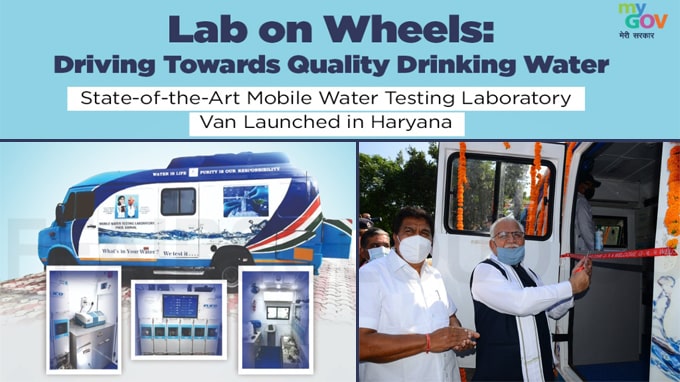