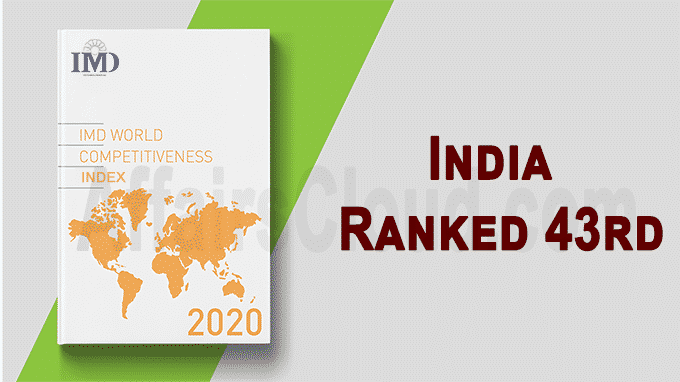 On June 16, 2020, According to the World Competitiveness Index 2020,  prepared by Switzerland-based Institute for Management and Development (IMD)’s World Competitiveness Center (WCC), the Indian economy remained at 43rd position. While Singapore continues to occupy the first place in the list due to its strong economic performance comes from robust international trade and investment, employment and labor market measures.

It includes 235 indicators and ranks among 63 countries every year.MD’s World Competitiveness Index has marked its 30th anniversary in 2019.

India in the ranking:

About World Competitiveness Ranking:
This ranking has been given every year since 1989 by business schools in Switzerland and Singapore.
It takes into account a wide range of statistics such as unemployment, GDP and government spending on health and education.