According to the Sample Registration Survey (SRS) document named “SRS Based Abridged Life Tables, 2013-17” released by the Registrar General of India, the overall life expectancy at birth in India improved to 69 years from 68.7 years in 2012-16. 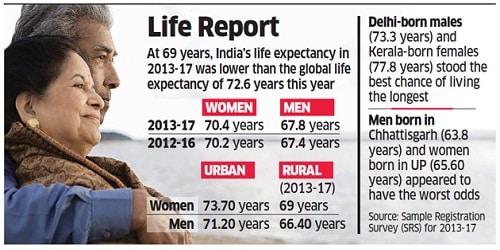