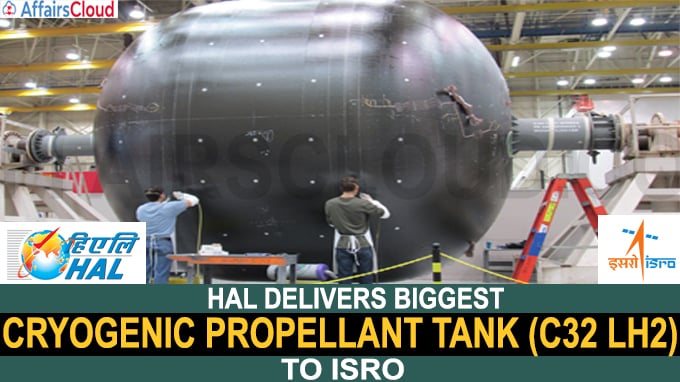 C32-LH2 is made of aluminium alloy and has been designed to improve the payload capability of GSLV (Geosynchronous Satellite Launch Vehicle) MK-III launching vehicle.

i.The 4-metre diameter tank is of 8-metres length to load around 5, 755 Kg propellant in the 89 Cubic Metre Volume.

ii.The total length of weld carried out on the tank during various stages of quality requirement is 115 metres.

iii.The welds have been done to meet 100% quality requirements on radiography, dye penetrant check and leak-proof.

Other Collaborations of HAL with ISRO:

i.On October 29, 2020, HAL signed a contract worth INR 400 Crore for a period of 9 years with Tech Mahindra for implementation of Enterprise Resource Planning (ERP) to support its ‘Project Parivarta’.