On September 4,2017, Singapore based bank DBS has got final approval to operate as a wholly-owned subsidiary (WOS) in India. 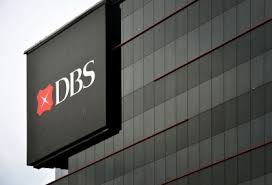 Since the 2008 global credit crisis, the RBI had been insisting that large foreign banks should convert their operations into wholly-owned subsidiaries (WOS) in the country to insulate the local operations from any difficulties which the parent bank may face in their home market. The present branch model exposes the banks to take risks if an event like the 2008 financial meltdown happens, it was felt and the regulator (RBI) has offered a strict approach and has made all the new foreign lenders and existing ones having certain size to operate as a WOS.

Piyush Gupta, chief executive of DBS said even though the approval provides for 12 months to get the final approval, the bank is confident of getting it in 6-9 months. He said the issue of capital gains tax has been sorted out and there will be no requirement for for the bank to pay the levy.

i) As a WOS, DBS wants to expand its physical network to 50-75 branches in five years and primarily target the small businesses in the country.
ii) Further, DBS is the only foreign lender offering a savings rate of 7 percent to its Digibank customers.
iii) DBS would be adding about 6 people in the key managerial positions and double its employee base from 2000 currently in the next 5 years.

DBS was the first foreign lender to apply for the new operating WOS model two years ago and its approval was delayed due to lack of precedent. The application has been pending with the finance ministry. Now as the problems got sorted out  DBS is the second bank after State Bank of Mauritius to receive the nod for its operation in India .