We are here for you to provide the important current affairs May 23 2018 which have unique updates of all daily events from all newspapers such as The Hindu, The Economic Times, PIB, Times of India, India Today, Indian Express, Business Standard, all Government official websites. Our complete current affairs helps you to get more marks in Banking, insurance, UPSC, SSC, CLAT, Railway and all other competitive Exams. 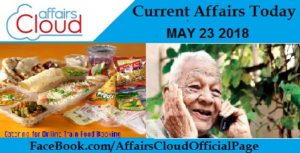 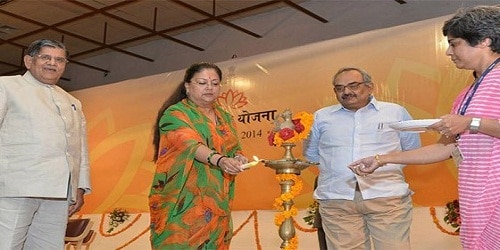 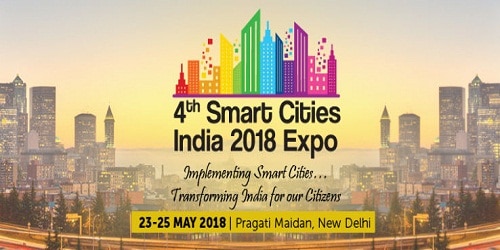 India ranks 145th among 195 countries in terms of healthcare access: Lancet Study
On May 23,2018, According to a Lancet study called “The Global Burden of Disease “ India ranked 145 among 195 countries in terms of health care access. India performed poorly in tackling cases of tuberculosis, rheumatic heart diseases, Ischaemic heart diseases, stroke, testicular cancer, colon cancer and chronic kidney disease among others. 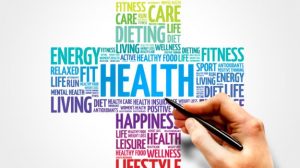 Subnational inequalities were particularly pronounced in China and India, although high-income countries, including England and the US, also saw considerable local gaps in performance.
About the Performance:
i. In 2016, India’s healthcare access and quality scored at 41.2 (up from 24.7 in 1990).
ii. India has seen improvements in healthcare access and quality on the (healthcare access and quality) HAQ index hastened from 2000 to 2016, the gap between the country’s highest and lowest scores widened (23.4–point difference in 1990, and 30.8-point difference in 2016).
iii. It said that Goa and Kerala had the highest scores in 2016, each exceeding 60 points, whereas Assam and Uttar Pradesh had the lowest, each below 40.
vi. India lags behind China (48), Sri Lanka (71), Bangladesh ( 133) and Bhutan (134) while its health index was better than those of Nepal (149), Pakistan (154) and Afghanistan (191).
v. The five countries with the highest levels of healthcare access and quality in 2016 were Iceland (97.1 points), Norway (96.6), the Netherlands (96.1), Luxembourg (96.0), and Finland and Australia (each with 95.9).
vi. The countries with the lowest scores were the Central African Republic (18.6), Somalia (19.0), Guinea-Bissau (23.4), Chad (25.4), and Afghanistan (25.9).
About the Study by Lancet:
♦ The study used an index to measure the quality and accessibility of healthcare, based on 32 causes of death which should be preventable with effective medical care.
♦ For the first time, the study also analysed healthcare access and quality between regions within seven countries: Brazil, China, England, India, Japan, Mexico, and the US.

HDFC Bank to offer Digital Loans against mutual funds
On May 23,2018, HDFC bank launched Digital Loans against Mutual Funds. This is launched in partnership with transfer agaent CAMS.
Objective:
To reach out to customers in the tier 2 and 3 markets and bring them into the digital lending fold and reducing time for the availability of loan through mutual funds .
Salient Features :
i. Customers will be able to leverage their mutual fund portfolio to avail funds for any contingencies or emergencies without liquidating their investments or stopping their regular investment plans.
ii.  The bank has a tie-up with 10 mutual companies against whose policies loans will be given
iii.  The ticket size of the loans will range from Rs 1 lakh to Rs 1 crore at an interest rate of 10.5 -11%.
vi.The bank has a mutual fund loan portfolio of Rs 10,000 crore.
About the Digital Loan offer:
Digital Loans against Mutual Fund is an industry first innovation and takes customer convenience, flexibility and access to greater heights. In emergencies, customers will not be forced to liquidate assets at less than optimal market conditions. They can instead design their own loan to tide over the cash crunch.
About HDFC:
♦ Founded – 1994
♦ CEO – Aditya Puri.
♦ Headquarters – Mumbai.
♦ TagLine – We understand your World.

DAC Approves Measures to Simplify Defence Procurement Procedure
On May 23,2018, The Defence Acquisition Council (DAC) approved measures to simplify defence procurement procedure. These amendments form part of the ongoing Business Process Re-engineering in Defence Capital procurements.
Objective:
In order to streamline defence procurement procedures and to reduce timelines to ensure timely delivery of equipment to the Armed forces.
Key Points
i. This measures will be incorporated in the DPP-16.
ii. The significant changes inter-alia include devolution of powers within the Ministry of Defence and the Service Headquarters.
iii. Concurrent running of the acquisition process instead of sequential stage clearance.
vi. Deletion of repetitive processes.
v. Aligning of various documents with revised financial guidelines.
DAC:
♦ Under the Ministry of Defence
♦ Headquarters – New Delhi
♦ Chairman – Defence Minister Nirmala Sitharaman

MoU signed between DEPwD and ALIMCO for the Financial year 2018-19
i. On May 23,2018, The Department of Empowerment of Person with Disabilities (DEPwD-Divyangjan Shashaktikaran Vibhag) and  Ministry of Social Justice & empowerment signed a Memorandum of Understanding (MoU) with Artificial Limbs Manufacturing Corporation of India (ALIMCO) for the Financial Year 2018-19.
ii. The MoU was signed by Smt Shakuntala D. Gamlin, Secretary DEPwD & Shri D.R.Sarin, CMD ALIMCO. On this occasion, Dr. Prabodh Seth, Joint Secretary, DEPwD & Smt Dolly Chakraborty, Joint Secretary, DEPwD were also present.
Objective of the MOU:
It covers major developments to be achieved in this year for the Empowerment of Divyangjan of the country.
About the MOU:
DEPwD will act as a Nodal Agency for matters pertaining to Persons with Disabilities, including ensuring effecting closer coordination among different stakeholders in the disability sector.
About the DEPwD:
The Vision of the Department is to build an all-inclusive society, in which equal opportunities are provided for the growth and development of Persons with Disabilities so that they can lead productive, safe and dignified life.
About Artificial Limbs Manufacturing Corporation of India (ALIMCO):
i. ALIMCO is a “Not For Profit” Central Public Sector Undertaking working under the administrative control of Ministry of Social Justice & Empowerment. Manufacturing various types of aids and appliances on mass scale to meet the requirements of PwDs including orthopedically, visual and hearing impaired etc.
ii. It has been serving on an average around two lakhs of disabled population every year and has supplied 42 lakhs of aids & appliances (approx.). 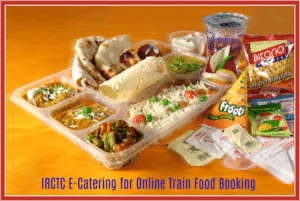 Objective:
Through e-catering service, a passenger can pick a food item from wide range of menu that is also hygienic.
Key Points of the facility:
i. The Passengers can order food of their choice from a wide range of restaurants and food chains while on the go.
ii. Vendors at stations such as Mumbai Central, Bandra Terminus, Andheri, Ahmedabad, Gandhidham, Surat, Nandurbar, Vasai Road, Maninagar, Mahesana, Palanpur, Anand, Bharuch, Vadodara, Rajkot, Dwarka, Vapi , Chittorgarh, Indore, Nimach, Ratlam, Ujjain and Nagda can easily deliver food to the passengers.
iii. Popular restaurants and food chains like Domino’s Pizza, Faasos, Havmor, Haldiram, Delhi Darbar, Comesum, McDonald’s, MFC etc. are e-catering associates of the WR.
About the E-Catering facility:
♦ The e-catering initiative was launched by the IRCTC (Indian Railway Catering and Tourism Corporation), a subsidiary of the Indian Railways, in 2015, and was extended from time to time to cover more number of trains.
♦ Minister of Railways – Piyush Goyal.

Ministry of Railways and IRCON sign an MoU for 2018-19
On 22nd May 2018, Ministry of Railways and Indian Railway Construction Company International Ltd (IRCON) signed an MoU.
Ministry of Railways and IRCON sign an MoU for 2018-19:
i. IRCON is a CPSE (Central Public Sector Enterprises) under the Ministry of Railways. It executes various Rail, Road & other construction sector projects in India and abroad.
ii. The MoU was signed by Railway Board Secretary, Ranjanesh Sahai and IRCON, Chairman and Managing Director, S.K. Chaudhary.
iii. They set both financial and physical targets for 18-19 for several major Projects.
iv. According to the MoU, IRCON has projected revenue from operations of Rs. 4200 crore and other targets for important National projects like USBRL project, Jogbani – Biratnagar Rail Link, Jainagar – Bijalpura, Shivpuri Guna and Bikaner – Phalodi Highway Project etc. 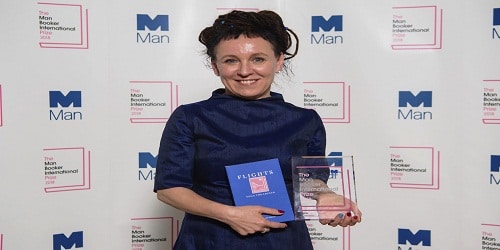 Olga Tokarczuk – Man Booker International prize:
i.Olga Tokarczuk is 56 years old. She is a bestselling author from Poland.
ii.The novel Flight talks about travels in the 21st century and human anatomy. The prize amount is 50,000 British Pounds.
iii.This award is given to the best work of translated fiction from all over the world. The prize money is equally divided between the writer and the translator.
iv.Flights was translated by Jennifer Croft. It was published by Fitzcarraldo Editions.

BRICS forum presents award to late actress Sridevi
On May 23,2018, BRICS forum awarded “BRICS Business Forum Leadership Award” for Lifetime Achievement to Late actress Sridevi.
i. Reena Marwah, sister of actor-producer Boney Kapoor, husband of late Sridevi, received the award and memento from Minister of State in the Prime Minister’s Office Dr. Jitendra Singh and Larisa Zelentsova, President of the International Alliance of BRICS (Strategic Projects) and Representative in ECOSOC UN.
ii. She was earlier posthumously honoured with the ‘Best Actress’ award for her performance in her last movie ‘Mom’, at 65th National Film Awards held in New Delhi .
About Sridevi :
♦ In 2013 the Government of India awarded Sridevi the Padma Shri, the country’s fourth highest civilian accolade for her contributions to the entertainment industry .
♦ Sridevi was also voted ‘India’s Greatest Actress in 100 Years’ in a CNN-IBN national poll conducted in 2013 on the occasion of the centenary of Indian cinema.

GRACE-FO satellites: SpaceX launches NASA satellites to track Earth’s water Cycle.
On 22nd May 2018, SpaceX launched two new Earth science satellites for NASA and five Iridium Next communications satellites into orbit.
GRACE-FO satellites:
i. This ride-share mission took off on a pre-flown Falcon 9 rocket from Vandenberg Air Force Base in California.
ii. Nearly 12 minutes after take off, the rocket’s second stage deployed twin satellites for NASA’s Gravity Recovery and Climate Experiment Follow-On (GRACE-FO) mission into a near-polar orbit.
iii. The second stage then ignited its engines one more time and went for a higher orbit to drop off the five Iridium Next satellites.
iv. NASA confirmed contact with both GRACE-FO satellites after launch through the McMurdo tracking station in Antarctica.
v. SpaceX confirmed that the five Iridium satellites deployed successfully. These satellites will join a constellation of 50 satellites of Iridium Communications company.
vi. GRACE-FO is a follow-on to the original GRACE mission. This mission mapped Earth’s water and ice by measuring changes in Earth’s gravity field from 2002 to 2017.
vii. GRACE-FO will continue studying rising sea levels, melting of glaciers and polar ice caps and other changes in the distribution of water etc.
viii. NASA is spending $430 million on the GRACE-FO mission. GRACE-FO mission is a joint project with the German Research Center for Geosciences (GFZ). GFZ has invested 77 million Euros in the mission.
ix. The two spacecrafts will measure Earth’s gravity by orbiting Earth together. One will trail behind the other at a distance of 220 km.
x. GRACE-FO’s instruments are highly sensitive. They can detect changes with a precision of about 1 micrometer. GRACE-FO is expected to map Earth’s water for the next five years.
About SpaceX:
♦ CEO – Elon Musk
♦ Headquarters – California, U.S. 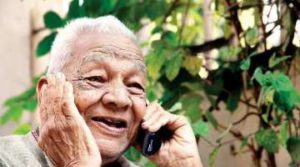 Death of Vinod Bhatt:
i. Vinod Bhatt was 80 years old. He was well known for his newspaper column ‘Mag Nu Naam Mari’
ii. He worked as a tax consultant and also continued writing. He was the president of Gujarati Sahitya Parishad from 1996 to 1997.
iii. He had also written over 45 books in various genres like satire, comedy and biography.