Delhi Government Approves Phase-IV of Delhi Metro
i. The Delhi cabinet gave its nod to the fourth phase of Delhi Metro.It will add 8.5 lakh new passengers to its network.
ii.The fourth phase will have six new routes with a total length of around 103 km, and will be completed in six years at a cost of around Rs 50,000 crore.

Aadhaar now mandatory for EPF pension scheme
i. Central government has made obtaining an Aadhaar number mandatory for 2.5 crore members of the Employees’ Pension Scheme of 1995, one of the benefits available to Employees’ Provident Fund subscribers.
ii. According to a notification from Labour Ministry,those without an Aadhaar number will have to make an application to get enrolled by January 31, 2017.
iii. The subsidy, equivalent to 1.16 per cent of the employee’s salary upto Rs. 6,500, paid by the Centre towards the EPS, will no longer be credited till the Aadhaar number is shared with the authorities.

Norway to become first country to switch off FM radio
i. The Norwegian government will become the world’s first country to shut down its FM network from January 11, 2017 to digital will save money and allow national radio stations to invest more in radio content.
ii. FM Radioes are replaced with Digital Audio Broadcasting (DAB) technology.
iii. Other countries are also considering making a similar shift, including Denmark, Switzerland and the United Kingdom.
Norway :
♦ Capital: Oslo
♦ Currency: Norwegian krone

Israel Building World’s Tallest Solar Tower
i. The world’s tallest solar tower is currently being constructed in Israel’s Negev desert.
ii. It will be 250 meters (820 feet) tall, is encircled by around 50,000 mirrors, called heliostats.
iii. Unlike the more common photovoltaic solar panels, which convert sunlight directly into power, the heliostats reflect the sunlight into the tower to heat a boiler, which will produce the steam to spin a turbine to generate electricity.
iv  The tower is just one of three power plots in Ashalim, with each plot using a different form of solar technology.
Israel :
♦ Capital: Jerusalem
♦ Currency: Israeli new shekel
♦ President: Reuven Rivlin

India’s GDP growth estimated at 7.1% this year & Per capita net national income rises by over 10%
i. According to the Central Statistical Office data India’s Gross Domestic Product (GDP) growth is estimated at 7.1 per cent in 2016-17 as compared to 7.6 per cent in 2015-16.
ii. The CSO’s projection on the per capita net national income during 2016-17 is projected to be 1 lakh three thousand seven rupees displaying an increase of 10.4 per cent as compared to 93 thousand two hundred ninety three during 2015-16 with the growth rate of 7.4 percent.
iii. The agriculture, forestry and fishing sector and manufacturing sector are likely to show a growth of 4.1 per cent and 7.4 percent respectively during 2016-17, as against the previous year’s growth rate of 1.2 per cent and 9.3 percent in 2015-16.
iv. The wholesale price index (WPI), of food articles has risen by 6.9 per cent,and the consumer price index has shown a rise of 5.0 per cent during April-November, 2016-17.
v. The CSO also clarified that this projections did not use bank deposits and credit data for November in estimates because demonetization led to high degree of unpredictability.

SEBI eases rules for foreign fund managers & Sebi relaxes rules for angel funds to boost start-up funding
i.The Market Watchdog SEBI has released rules allowing foreign fund managers to act as Portfolio Managers under a relaxed regulatory regime.
ii.This new rule will make it easier for foreign fund managers to enter India also provides significance of taxation incentives for the offshore fund managers willing to relocate to India.
iii. In another development the market regulator also relaxed its rules for investment by angel funds, including permitting them to invest in up to five-year old entities which will boost startup funding.
iv.Consequently the lock-in condition has been cut down from 3 years to 1 year for angel funds and their minimum investment threshold has been slashed from Rs. 50 lakh to Rs. 25 lakh.
v. Angel funds are permitted to invest in overseas venture capital undertakings up to 25 per cent of their investible corpus in agreement with other Alternative Investment Funds.

RBI to provide rupees 1 billion in Rs 100 notes to Nepal Rashtra Bank
i. India’s central Bank RBI has decided to provide Rs 1 billion in Rs 100 denomination notes to Nepal Rastra Bank (NRB) to ease the acute shortage of Rs 100 notes faced by the landlocked nation.
ii. In the wake of demonetization RBI has asked the NRB to wait till the situation normalizes. RBI provides Rs 6 billion exchange facility to Nepal every year.
iii. After the Indian government’s move to demonetize Rs 500 and Rs 1,000 notes the NRB had also lowered exchange limit of Indian banknotes in Nepal.
iv. The NRB provides exchange facility up to Rs. 2000 and Rs. 10, 000 to those who submit a copy of air or train ticket to travel to India. This limits is likely to extend till the 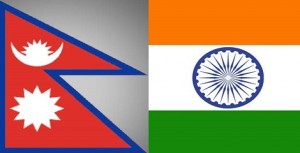 Forex reserves up by $625.5 mn to $360.296 bn : RBI
i. The Reserve Bank in its press release stated that foreign exchange reserves rose by $625.5 million to $360.296 billion in the week to December 30, 2016.
ii. The Central Bank also said that Foreign Currency Assets which us major component in the Forex Reserves surged by 612.4 million USD to 336.582 billion USD. However the Forex reserves had touched all-time high of USD 371.99 billion in September 30 last year.
iii. According to figures from the central People’s Bank of China, the country’s foreign exchange reserves fell by USD 320 billion last year. China’s forex reserves, the largest in the world, slipped to USD 3.011 trillion at the end of December.

HZL gets green nod for Rs 1,200 cr Zawar Mines expansion project
i. Vedanta Resources subsidiary firm Hindustan Zinc Limited (HZL) has received environment clearance for its Rs. 1,200 crore Zawar Mines expansion project in Rajasthan.
ii. The Jaipur based firm which is the world’s second largest zinc producer is mulling to expand the production capacity of Lead-Zinc and ore beneficiation at its Zawar Group of underground mines located in Sarada district.
iii. The Environment Ministry nod comes after careful scrutiny of the HZL’s proposal.

Tata Motors and Castrol Announce Global Strategic Partnership
i. Tata Motors and Castrol entered into three-year strategic partnership agreement for supply of Commercial Vehicle Oils to Tata Motors that will cover over 50 markets including SAARC and ASEAN region, Middle East, Africa, Russia and Latin America.
ii. The move will help Tata to expand their international footprint as Castrol with its reputable presence in these markets, will support Tata Motors.
iii. The British global brand of industrial and automotive lubricants will work closely with the Tata team to co-engineer products suited to meet specific requirements of new engine technology and environment regulations.

Single-window customs clearance extended for exporters
i. The revenue department extended the facility for customs clearance of export consignments in a bid to reduce the transaction cost.
ii. The move comes from the government after the similar interface SWIFT for imports that runs successful. This interface aimed customs clearance of shipments thereby reducing interface with government agencies, dwell time and cost of doing business.
iii. The interface has been implemented on pilot basis at Chennai, Delhi and Mumbai air cargo complexes for CITES (Convention on International Trade in Endangered Species of Wild Fauna and Flora) and wildlife items. 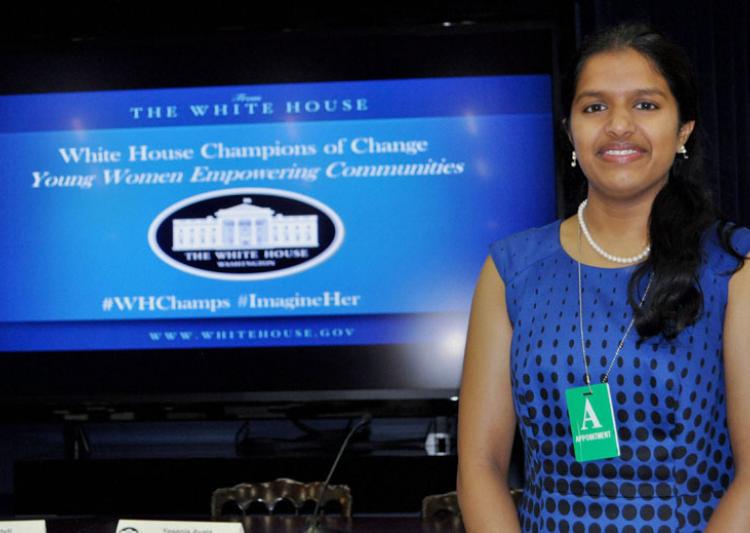 IRCTC to launch new app IRCTC Rail Connect for booking tickets faster
i. IRCTC Limited will launch a new ticketing App which will have several features added on the existing one for faster booking of tickets.
ii. Existing IRCTC Connect will now become IRCTC Rail Connect to facilitate booking of train tickets in a faster and easier way.
iii. IRCTC, which handles online train ticket bookings, will formally unveil the IRCTC Rail Connect App .
iv. The new ticketing App will be based on next generation e-ticketing system and it will be synchronised with the ticketing website also, which is missing in the current system.

NASA sending African-American astronaut to space station for the first time
i. US based aeronautics and aerospace research agency the National Aeronautics and Space 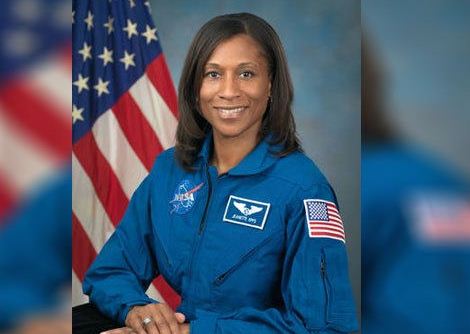 Administration (NASA) is sending African-American astronaut Jeanette Epps to the International Space Station for the first time.
ii. Epps an aerospace engineer will head to the ISS as a flight engineer in 2018. Her commander will be Andrew Feustel, a veteran astronaut.
iii. In its announcement NASA also stated that it will launch two unmanned missions to asteroids designed to study one of the earliest eras in the history of the solar system.
NASA :
♦ Headquarters : Washington, D.C.
♦ Head : Charles Bolden

Scientists: Giant Iceberg is poised to break Off Antarctica
i. Scientists say an iceberg is ready to break away from Antarctica.
ii. This is a big one – possibly the biggest on record at 3,000 square miles or a quarter the size of Wales.
iii. Professor David Vaughan, glaciologist and the director of science at the British Antarctic Survey, describes the process of it “breaking away” to the Today programme.
iv. Penguins and seals won’t be affected, in fact sometimes they even hitch a ride as icebergs glide through the water.

Black rice gains popularity in Assam
i. A variety of Black rice or purple rice, which is also known as world super food recently has gained popularity in Assam.
ii. It was recently sown by the local farmers for the first time in Barak Valley.
iii. It is known for its powerful disease-fighting antioxidants and also contains dietary fiber, anti-inflammable properties.
iv. It has the ability to help stop the development of diabetes, cancer, heart disease and even weight gain. 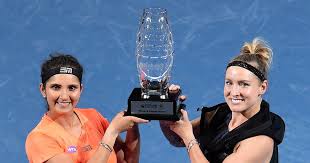 she lift the Brisbane International women’s doubles title with her American partner Bethanie Mattek-Sands.
ii. However the tennis star has lost her no. 1 ranking on the ATP charts to her partner owing to the victory.
iii. In the contest Indo-American duo triumphed 6-2, 6-3 against the second-seeded Russian team of Ekaterina Makarova and Elena Vesnina.
iv. The rank loss ended Sania’s 91-week reign as the world No.1 doubles player in the WTA rankings, Presently American Tennis star Bethanie Lynn Mattek-Sands ranked in the top spot.