We are here for you to provide the important current affairs April 14 2018 which have unique updates of all daily events from all newspapers such as The Hindu, The Economic Times, PIB, Times of India, India Today, Indian Express, Business Standard, all Government official websites. Our complete current affairs helps you to get more marks in Banking, insurance, UPSC, SSC, CLAT, Railway and all other competitive Exams. PM Modi arrives in Chhattisgarh, to launch various schemes
i. On April 14, 2018, on the occasion of Ambedkar Jayanti, Prime Minister Modi launched first of 1.5 lakh health and wellness centres, planned under the recently launched Ayushman Bharat Scheme, at Jangla village in Bijapur district of Chhattisgarh.
ii. During the course of this visit, PM Modi will be visiting Bijapur district’s Jangala Development Hub, situated in a panchayat that has emerged as a model panchayat.
iii. PM Modi has become first Indian Prime Minister to visit tribal district Bijapur, which was till now considered as one of the most backward regions of India………………………………………………………..Click here to Read More 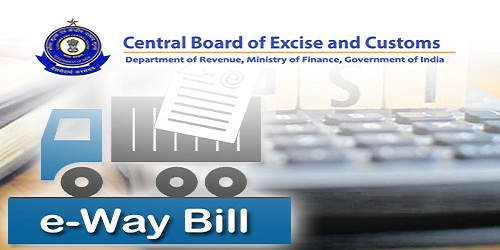 Tripura Govt sanctions Rs 50 crore for IIIT at Bodhjungnagar
On April 12, 2018, Tripura State Government approved Rs 50.67 crore to set up an Indian Institute of Information Technology (IIIT) at Bodhjungnagar, located 15 km away from Agartala.
Information related to setting up an IIIT at Bodhjungnagar:
i. Bodhjungnagar is one of North Eastern region’s biggest industrial zones.
ii. Decision to set up IIIT at Bodhjungnagar in Public Private Partnership (PPP) mode was taken in 2012. However, the project could not take off due to non clearance of funds from the previous Left Front government.
iii. The institute would be set up on 52.08 acres land and the total project cost would be Rs 128 crore.
iv. Out of Rs. 128 crore, Rs 73.60 crore will be provided by Central Government. Part of funding will also be procured from industrial partners.
v. North Eastern Electric Power Corporation Limited (NEEPCO) and ONGC have come forward to extend financial cooperation for this project.
Quick Facts about Tripura:
♦ Capital – Agartala
♦ Current Chief Minister – Biplab Kumar Deb
♦ Current Governor – Tathagata Roy
♦ Important National Park – Rajbari National Park

Andhra transforming its capital into world class city
State of Andhra Pradesh is constructing a world-class city in its de facto capital Amaravati. 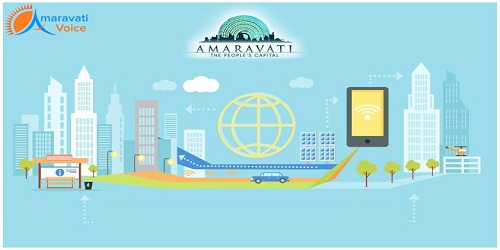 Urbanisation of Amaravati:
i. Nearly 3840 apartments in 61 towers are under construction in the Amaravati capital region.
ii. Out of 61 towers, 21 towers having 1440 apartments are being built by Shapurji Palonji. These apartments will be for Type 1, Type 2 government officers and Group D employees.
iii. 22 towers with 1968 apartments for NGOs, are being built by L&T while 18 towers having 432 apartments (for Members of Legislative Assembly, Members of Legislative Council  and All India Services Officers are being built by Nagarjuna Construction Company.
iv. Towers being built by Shapurji Palonji and L&T are at Nelapadu village while those being built by Nagarjuna Construction Company are at Rayapudi village.
v. This entire urbanisation project is being supervised by  Department of Municipal Administration and Urban Development under Minister P Narayana.
Quick facts about Andhra Pradesh:
♦ Capital – Amaravati (de facto)
♦ Current Chief Minister – N Chandrababu Naidu
♦ Current Governor – E S L Narasimhan
♦ Important National Park – Papikonda National Park

NPCIL & NSDC signed a MoU
National Skill Development Corporation (NSDC) has signed a Memorandum of Understanding (MoU) with the Nuclear Power Corporation of India Limited (NPCIL) to provide skill training to 500 youth and women at Kudankulam in Tamil Nadu.
Details about NPCIL-NSDC MoU:
i. Kudankulam Nuclear Power Project (KKNPP), situated in the Tirunelveli district of Tamil Nadu is the single largest nuclear power station in India.
ii. As per the terms of the MoU, firstly, NSDC will conduct a baseline survey in 19 villages in Tirunelveli district to assess nature and extent of talent gap and will accordingly identify job roles for the training.
iii. Thereafter, NSDC will impart training through its approved training partners near KKNPP. The objective is to provide gainful employment (wage and self-employment) to nearly 70 percent of the trained candidates post-training.
iv. Upon successful completion of the training, the trainees will be awarded a certificate which conforms to National Skills Qualification Framework (NSQF).
v.  NPCIL has committed Rs. 1.74 crore under its Corporate Social Responsibility (CSR) contributions towards this project, which is estimated to be complete in 15 months.
vi.NPCIL will monitor the progress of the implementation of the project to ensure that the objective of the project is met effectively.
Quick Facts about NPCIL:
♦ Founded in – 1987
♦ Headquarters – Mumbai, Maharashtra Salient Features of AMC’s 6th edition of Heat Action Plan:
i. The plan has been designed and will be implemented in partnership with Gandhinagar-based Indian Institute of Public Health (IIPH) and US based Natural Resources Defence Council (NRDC) along with other groups and NGOs.
ii. AMC has been implementing HAP since 2013. Ahmedabad is the first city to prepare and implement heat action plan.
iii. Key elements of this year’s HAP are expanding use of cool roofs, increasing access to drinking water, reflective paint on buildings to lower inside temperatures and training medical professionals to help protect patients during extreme heat.
iv. This year’s plan also incorporates an early warning system to be used during heat waves, inter-agency coordination to alert residents in predicted high temperature areas and a robust public education campaign about how to avoid harm from excessive heat.

25 MW waste-to-power plant to be constructed in Gurugram
A power plant worth Rs 502 crore will be set up in Bandhwari village of Gurugram district, Haryana, to produce electricity from waste under the Integrated Solid Waste Management Scheme.
25 MW waste-to-power plant to be constructed in Gurugram:
i. The plant will be set up by August 2019. It will generate 25 MW of electricity. Haryana Chief Minister Manohar Lal Khattar laid the foundation stone of the plant in Bandhwari village on 13th April 2018.
ii. He said that the plant will be set up as per the conditions of the National Green Tribunal.
iii. Urban Local Bodies Minister Kavita Jain said the plant will be installed in Gurugram and Sonipat clusters to generate electricity from waste.
Some National parks in Haryana:
♦ Sultanpur National Park
♦ Kalesar National Park 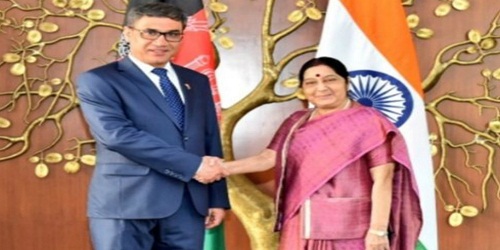 Details about Meeting:
i. During the meeting, Ms. Sushma Swaraj and Lieutenant-General Tariq Shah Bahramee pushed for efforts to combat the menace of opium cultivation and drugs trafficking which is the main source of funding terrorism against the people of Afghanistan.
ii. Ms. Swaraj assured India’s support to Afghan government and the people of Afghanistan for building a peaceful, stable, united and prosperous nation.
iii. Lieutenant-General Tariq Shah Bahramee was in India to attend 10th edition of Defence Expo 2018 in Tamil Nadu. During the course of this visit, he also met Union Defence Minister Nirmala Sitharaman.
Quick Facts about Afghanistan:
♦ Capital – Kabul
♦ Currency – Afghani
♦ Current President – Ashraf Ghani
♦ Important Rivers – Helmand River, Kunduz River India, Russia sign 7 MoU at Defence expo:
i. Earlier, at the third India-Russia Military Industrial Conference, discussions were made on improvement of after-sales support of Russian origin defence platforms used by Indian defence forces.
ii. The 7 MoUs that were signed are:

Kazakhstan, India agree to enhance energy cooperation
The state of cooperation between Kazakhstan and India in the energy sector was discussed and analysed at the 16th International Energy Forum held in New Delhi from 10th to 12th April 2018.
Kazakhstan, India agree to enhance energy cooperation:
i. A delegation from Kazakhstan, led by the Vice-Minister of Energy, M. Mirzagaliyev, held talks with the Indian delegation led by Minister for Petroleum and Natural Gas Dharmendra Pradhan.
ii. The talks were focused on “The future of global energy security – transition, technology, trade and investment”, and how Kazakhstan and India can improve cooperation in the energy sector within the framework of the IEF and the Gas Exporting Countries Forum (GECF).
About Gas Exporting Countries Forum (GECF):
♦ Secretary General – Yury Sentyurin
♦ Headquarters – Doha, Qatar

US, Britain and France launch military operation against Syria
On 13th April 2018, US President Donald Trump launched air strikes on Syria in a combined operation with France and Britain. 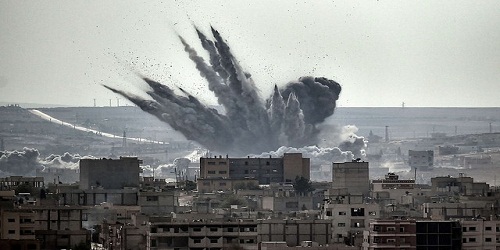 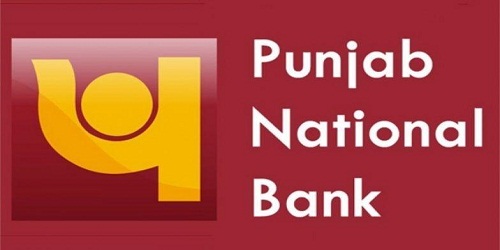 L&T, BEL ink MoU for defence products
On April 11, 2018, Larsen & Toubro (L&T), India’s multinational engineering conglomerate, and Bharat Electronics Limited (BEL), a government-owned aerospace and defence company signed a Memorandum of Understanding (MoU) to cater to the needs of evolving domestic and export markets for defence products and systems.
Details about L&T – BEL MoU:
i. The MoU envisages collaboration between L&T and BEL to fulfil growing requirements of the Indian Armed Forces.
ii.  Besides, the MoU will also leverage expertise, experience and well-developed supply chain of BEL and L&T to enhance exports in the defence sector.
iii. In the past, both organisations have collaborated and partnered on co-development and production of major sub-systems  such as Akash Missile launchers and other radar platforms for Indian Ministry of Defence orders.
Quick Facts about BEL:
♦ Founded in – 1954
♦ Headquarters – Bengaluru, Karnataka

Dedicated defence, aerospace SME fund
Indian Government will be setting up a dedicated defence and aerospace small and medium enterprises (SME) fund, registered with the Securities and Exchange Board of India (SEBI).
More Information about Dedicated defence, aerospace SME fund:
i. Objective for setting up this fund is  to channelize investments into the two defence corridors announced by Government of India in Tamil Nadu and Uttar Pradesh.
ii. Annoucement in this regard was made by Department of Defence Production Secretary, Ajay Kumar during a session organised by FICCI, ‘Offsets: Way forward towards a win-win framework’, at the DefExpo 2018 in Tamil Nadu.
iii. Although the controlling stake of the fund will be with Government of India, minority stake could be taken by investors. 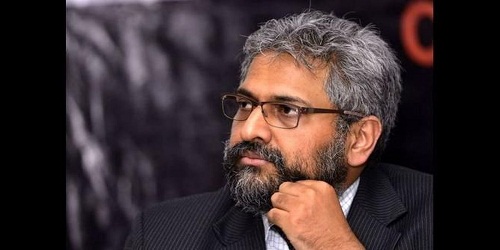 Siddharth Varadarajan – Shorenstein Journalism Award for 2017:
i. The Shorenstein Journalism Award is given every year by Stanford University’s Walter H. Shorenstein Asia-Pacific Research Center. It awards people from the West and Asia.
ii. Nayan Chanda, a member of the jury said that, Siddharth Varadarajan’s initiative in independent, web-based journalism as founding editor of The Wire, his well-researched reports, and his commentaries have attributed to his success.
Some important dams in India:
♦ Bhakra Dam – Satluj River
♦ Pakal Dul Dam – Marusudar River
♦ Sardar Sarover Gujarat Dam – Narmada River 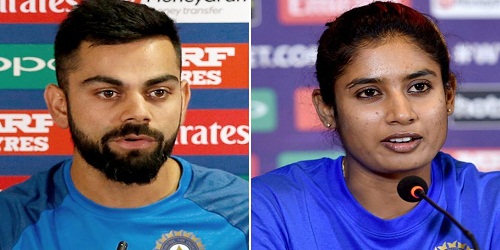 Kohli and Mithali voted world’s best:
i. Virat Kohli and Mithali Raj were named the leading men’s and women’s cricketers in the world respectively.
ii. Five cricketers were chosen for the ‘Cricketers of the Year Award’. Three of them were women cricketers.
iii. England’s women cricketers Heather Knight, Natalie Sciver and Anya Shrubsole have been selected for Wisden’s Five Cricketers of the Year.
iv. West Indies batsman Shai Hope and Essex bowler Jamie Porter were also chosen for Wisden’s Five Cricketers of the Year.
v. Stu Forster of Getty Images took a picture of English fast bowler Katherine Brunt taking a selfie at the cricket world cup final at Lord’s stadium. This has been selected as the Cricket Photograph of the Year.
About ICC (International Cricket Council):
♦ CEO – David Richardson
♦ Headquarters – Dubai, United Arab Emirates 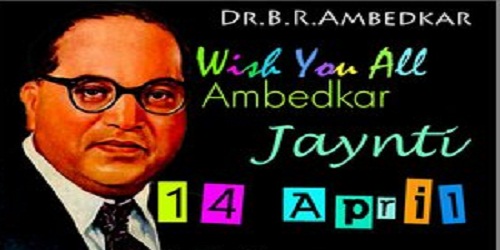 B.R.Ambedkar Remembrance Day or Ambedkar Jayanti:
i. Ambedkar Jayanti is observed every year on 14th April to commemorate the birth anniversary of B.R.Ambedkar who was born on 14 April 1891.
ii. He was the architect of Indian Constitution. He is known as the “Father of Indian Constitution.”
iii. He had dedicated his life for uplifting the deprived section of the society. He had also played a major role in India’s freedom struggle. He had received Bharat Ratna award in 1990.
Some important museums in India:
♦ Baroda Museum & Picture Gallery – Vadodara, Gujarat
♦ Calico Museum of Textiles – Ahmedabad, Gujarat
♦ Gandhi Smarak Sangrahalaya – Ahmedabad, Gujarat