We are here for you to provide the important Current Affairs October 5 2018, which have unique updates of all daily events from all newspapers such as The Hindu, The Economic Times, PIB, Times of India, India Today, Indian Express, Business Standard, all Government official websites. 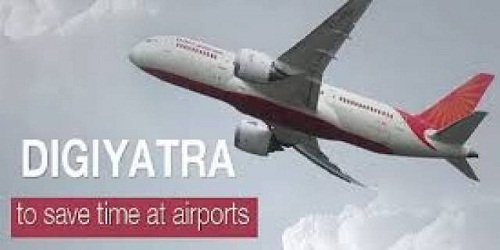 i. DigiYatra Central Platform will be operational by end of February, 2019.
ii. Bangalore & Hyderabad International Airports are the first 2 to implement it by the end of February 2019.
iii. Airport Authority of India (AAI) will roll out the programme initially at Kolkata, Varanasi, Pune & Vijayawada by April, 2019.
About Digi Yatra:
i. DigiYatra will have a centralised registration system for passengers.
ii. Passengers will get an ID by sharing minimum details like Name, e-mail ID, Mobile number and details of one approved Identity proof where Aadhar ID is not mandatory.
iii. Facial biometric will be captured and stored in the Digi Yatra ID profile of the passenger.
Ministry of Civil Aviation:
♦  Union Minister: Shri Suresh Prabhu .
♦  Minister of State: Shri Jayant Sinha.
♦  Secretary: Shri Rajiv Nayan Choubey .

Alphonso Mango from Konkan, Maharashtra got GI tagged
On October 5, 2018, Alphonso from Ratnagiri, Sindhudurg, Palghar, Thane and Raigad districts of Maharashtra, got registered as Geographical Indication (GI).
i. The king of mangoes, Alphonso, better known as ‘Hapus’ in Maharashtra.
ii. It is one of the world’s most popular fruit and is exported to various countries including Japan, Korea and Europe.
iii. Other similar GI tagged products include: Darjeeling Tea, Mahabaleshwar Strawberry, Blue Pottery of Jaipur, Banarasi Sarees and Tirupati Laddus.
About GI :
i.  A Geographical Indication or a GI is an indication used on products that have a specific geographical origin and possess qualities or a reputation that are due to that origin.
ii. The first GI tagged product of India was the Darjeeling tea in 2004.
iii. Presently, there are a total of 325 products from India that carry this indication.
Maharashtra:
♦  Capital: Mumbai.
♦  Chief Minister: Devendra Fadnavis.
♦  Governor:  C. Vidyasagar Rao.
♦  National Parks: Tadoba Andheri Tiger Reserve, Chandoli National Park, Sanjay Gandhi National Park, Navegaon National Park.

Highlights:
i. She held bilateral talks with her Kazakh counterpart and Minister of Defence and Aerospace Industry Mr. Beibut Atamkulov.
ii. She inspected a Tri-Services Guard of Honour at the Ministry of Defence.
iii. She visited the National Defence University to witness the Indian Military Art Room (IMAR) made with Indian assistance.
iv. She invited the Minister of Defence, Mr. Nurlan Yermekbayev and Minister of Defence and Aerospace Industry, Mr Beibut Atamkulov to visit India and to attend Aero India 2019 to be held in Bengaluru in February 2019.
MOUs and bilateral talks:
i. Defence Minister Nirmala  Sitharaman signed agreement on defence cooperation Including  military-technical cooperation, military education and training, joint military exercises, bilateral exchange of visits and cadet youth exchange programs.
ii. Kazakhstan contingent will join the Indian contingent at United Nations International Peacekeeping Force in Lebanon.
iii. She also discussed regional developments with the Kazakhstan Foreign Minister Mr. Kairat Abdrakhmanov.
Other News:
i. India and Kazakhstan jointly completed a company level joint military exercise ‘KAZIND-2018’ in South Kazakhstan in September 2018.
ii. The two countries had renewed the Memorandum of Cooperation on defence in January 2017. Both countries are ‘strategic partners’ since 2009.
Kazakhstan:
♦  Capital: Astana.
♦  Currency: Kazakhstani tenge.

i. Apple is valued at $1 trillion  and is followed by Google, Amazon, Microsoft and Coca Cola.
ii. Samsung ranked 6th and Facebook was ranked 9th.
iii. Spotify and Subaru made it to the global top 100 brand list for the first time.
iv. Tesla couldn’t get a spot despite being there in top 100 in the previous list of 2017.
Interbrand:
♦ Headquarters: USA.
♦ Global CEO: Charles Trevail.

Fourth Bi-monthly Monetary Policy announced; RBI keeps policy rates unchanged
On October 5, 2018, Reserve Bank of India, the central bank of India, released its 4th bi-monthly monetary policy.
The next meeting of the MPC is scheduled from December 3 to 5, 2018.
Key Points:
i.The Repo rate has been kept unchanged at 6.5%.
ii.The Reverse Repo rate is 6.25% , Marginal Standing Facility (MSF) and Bank rate is 6.75% also remaining unchanged.
iii.CRR remains at 4% and SLR at 19.5%…………………………Click here to Read more
Overview of the policy rates and reserve ratios:

CRISIL Upgrades AU Bank’s Long Term Debt Instruments Rating to AA- With Stable Outlook
On October 5, 2018, CRISIL upgraded AU Small Finance Bank’s Long Term Debt Instruments Rating to CRISIL AA– with Stable Outlook from previousCRISIL A+.
i. Thus, AU Bank’s long-term instruments have got a rating of AA- from all four rating agencies including CARE Ratings, India Ratings and ICRA Ratings.
ii. The short term ratings on its deposits programme were reaffirmed at CRISIL A1+.
iii. It was due to the recent capital infusion by Temasek Holdings that has supported the bank’s scale of operations and the sustainable above average asset quality over the past few years.
Background:
AA- rating means high degree of safety regarding timely servicing of financial obligations.
About AU Small Finance Bank:
♦  It is a Fortune India 500 Company.
♦  It became a bank in April 2017.
♦  Headquarters: Jaipur.
♦  MD & CEO: Mr. Sanjay Agarwal.

IRDAI gave final approval to Reliance Health Insurance to start operations
On October 5, 2018, IRDAI approved Reliance Health Insurance, a wholly owned subsidiary of Reliance Capital, to begin operations.
i. It will commence operations by December 2018.
ii. Ravi Viswanath has been designated as the CEO of the firm.
Background:
Health insurance in India has been amongst the fastest-growing insurance sectors, rising at 20 per cent annually and is expected to double to over Rs 1,00,000 crore by 2021. i. Dr Mukwege, a 63 year-old gynaecologist has been associated with treatment of various sexual assault victims in the Democratic Republic of Congo.
ii. In 2008, he also won the UN Human Rights prize.
iii. Ms Murad, 25, became a victim of war crimes herself and became the first UN goodwill ambassador for survivors of human trafficking. Key Points:
i. Sanjay Verma is a 1990 batch Indian Foreign Service (IFS) officer. He is currently the Additional Secretary in the Ministry of External Affairs.
ii. He has been appointed as India’s Ambassador to Spain. He will take up this assignment soon.
About Spain:
♦  Capital – Madrid
♦  Currency – Euro
♦  Official language – Spanish
♦  Prime Minister – Pedro Sánchez 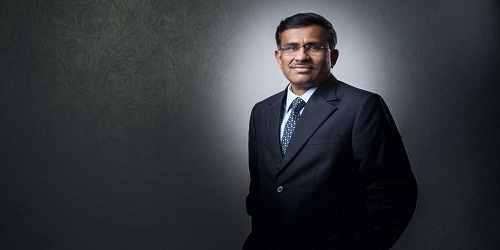 IL&FS appoints Vineet Nayyar as Vice-chairman and Managing Director
On 4th October 2018, Vineet Nayyar has been appointed as the Vice-chairman and Managing Director (MD) of the Infrastructure Leasing & Financial Services (IL&FS).
Key Points:
i. Nand Kishore was appointed as the chairman of the audit committee and GC Chaturvedi as the chairperson of the Remuneration Committee.
ii. The appointments were made by the new board of IL&FS that was formed on 1st October 2018, following allegations on the IL&FS group regarding defaults in loan payment and corporate governance issues.
iii. The control of IL&FS was given to the six-member board headed by Uday Kotak as non-executive chairman of IL&FS
About Infrastructure Leasing & Financial Services Ltd (IL&FS):
♦  Type – infrastructure development and finance company
♦  Headquarters – Mumbai

Government’s Naga talks interlocutor R N Ravi appointed Deputy National Security Advisor (internal affairs)
On 4th October 2018, government redesignated RN Ravi as Deputy National Security Advisor (internal affairs) from his post as the chief of the Joint Intelligence Committee (JIC).
Key Points:
i. R N Ravi will also continue to be the central government’s interlocutor for Nagaland.
ii. He is a 1976-batch Indian Police Service officer (retired) of the Kerala cadre. In August 2018, he was given an extension as the government’s representative for the talks with National Socialist Council of Nagaland (NSCN-IM).
iii. In 2012, he retired as the Special Director in the Intelligence Bureau. In September 2014, he was appointed as the chairman of the JIC which functions under the National Security Council Secretariat (NSCS).
Some wildlife sanctuaries in Nagaland:
♦  Puliebadze Wildlife Sanctuary
♦  Rangapahar Wildlife Sanctuary

Development trials of Astra Beyond Visual Range Air-to-Air Missile (BVR-AAM) Completed Successfully
Flight trials of Astra Beyond Visual Range Air-to-Air Missile (BVR-AAM) were conducted successfully by the Indian Air Force (IAF) between September 26 and October 3, 2018, at Integrated Test Range (ITR), Balasore, Odisha.
Key Points:
i. The trials included complex tests for engagement of pilotless target in various modes of manoeuvring, off-boresight, medium and long ranges.
ii. Astra has been tested 6 times under various launch conditions and ranges as part of the final development trial.
iii. It had active participation from IAF. Defence Research & Development Organisation (DRDO) has developed the missile and integrated the weapon on Su-30 and other air platforms.
v. Hindustan Aeronautics Limited (HAL), Nasik, played a major role in modifying Su-30 aircrafts for Astra weapon integration and support during trials.
vi. Over 50 private and public sector industries are involved in the development of sub-systems of the missile. The missile would be inducted into IAF in 2019.
About Hindustan Aeronautics Limited (HAL):
♦  Chairman and Managing Director – R Madhavan
♦  Headquarters – Bengaluru 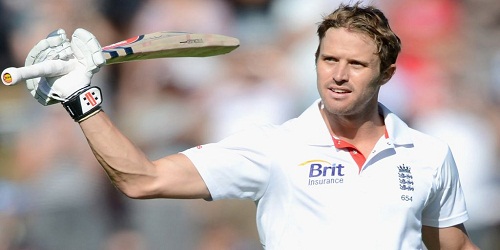 i. He made his first-class debut for Middlesex in 2004.
ii. He was a part of the series win in 2012 against India which made England win for the first time in 28 years.
iii. He has played 16 Tests for England, scoring two hundred.
iv. He is the grandson of cricket player Denis Compton.

World Animal Day 2018 – October 4
On 4th October 2018, World Animal Day was celebrated throughout the world.
World Animal Day:
i. When: World Animal Day is observed every year on October 4, which is the feast day of Francis of Assisi, the patron saint of animals.
ii. In 1925, Heinrich Zimmermann organized the first World Animal Day. In 1931, World Animal Day (October 4) was declared as a universal observation, at a congress of the International Animal Protection Congress in Florence, Italy.
ii. Why: This day focuses on animal rights and welfare. It aims to raise the status of animals, improve welfare standards and protect endangered species and natural habitat.

i. This year’s theme is: “The right to education means the right to a qualified teacher ”
ii. 2018 marks the 70th anniversary of the Universal Declaration of Human Rights (1948).
iii. To reach the 2030 Education Goals of universal primary and secondary education, the world needs to recruit almost 69 million new teachers.
iv. It was established in 1994 and commemorates the signing of 1966 UNESCO/ILO recommendation concerning status of teachers.
v. It is co-convened in partnership with UNICEF, UNDP, the International Labour Organization, and Education International.