We are here for you to provide the important Current Affairs October 29 2018, which have unique updates of all daily events from all newspapers such as The Hindu, The Economic Times, PIB, Times of India, PTI, Indian Express, Business Standard and all Government official websites. 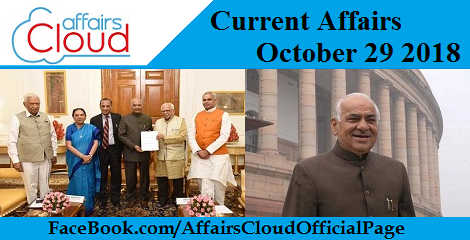 i. The committee was headed by Uttar Pradesh Governor Ram Naik.
ii. It made 21 major recommendations. Some of them being:

Incentive grant to set up special agricultural zones and

Background:
In an informal meeting of Governors held in June, a Group of Governors was constituted for formulation of recommendations on ‘Approach to Agriculture : A Holistic Overview’. i. It was signed, in presence of CM Pema Khandu, by:

ii. According to the MOU:

iii. Of the 50 faculty members:

UN decided to launch project on creating India’s intangible heritage inventory
On October 28, 2018, United Nations (UN) announced launch of a project on creating an “inventory” on intangible legacy of India.
Also the UN house has been dedicated for preserving the Indian Heritage and Culture.
About the Project:
i. This project dubbed- A snapshot inventory of intangible cultural heritage, will be launched to protect the disappearing intangible cultural heritage  of India.
ii. This will include art forms, craftsmanship and other intangible cultural heritage of the country.
iii. The “Wiki-styled project” would be executed through “crowd-sourcing”.
iv. The project would be documenting the sounds, sights, techniques, styles, though photographs or other audio-visual medium for a span of 1 year.
v. For the implementation of the project, UN with its own agencies like UNESCO and UNDP, will also collaborate with several ministries, such as the Ministry of Culture and Ministry of Textiles.
Background:
i. A total of 13 intangible cultural heritage elements from India have been inscribed till date on the UNESCO’s Representative List of the Intangible Cultural Heritage of Humanity.
ii.  Prior to this, on October 24, 2018, United Nations had dedicated its iconic campus in New Delhi. The UN House has been designed by noted American architect Joseph Allen Stein in Lodhi Estate area.
UN:
♦ Headquarters: New York.
♦ Founded: 24, October 1945

India donated USD 300,000 for UN Peacekeeping training on Issues of Conduct, Discipline
On October 28, 2018, India donated $300,000 to a training programme of commanders for UN peacekeeping.
i. This was announced by Stephane Dujarric, the spokesman for Secretary-General Antonio Guterres.
ii. India’s contribution will be used with a specific focus on issues of conduct and discipline.
iii. The name of the programme is: “Pipeline to Peacekeeping Command Programme”  and it is 3 years training programme.
iv. It will be the first of its kind with a focus on issues of conduct and sexual exploitation and abuse.
v. The amount was handed over by India’s Permanent Representative Syed Akbaruddin to Atul Khare, the Under Secretary-General for Field Support.
Other News:
i. India is also noted as the first contributor to the Trust Fund in Support of Victims of Sexual Exploitation and Abuse.
ii. It is also a signatory to the Voluntary Compact on Eliminating Sexual Exploitation and Abuse and a member of the Circle of Leadership of the Secretary-General on the prevention and response to sexual exploitation and abuse. i. This will done through purchase of government securities under open market operations for an aggregate amount of Rs. 400 billion in the month of November 2018.
ii.  This will help ease cash shortage in the system and stabilise debt market rates.
iii. Recently in October , RBI had announced to conduct Rs 36,000 crore worth of OMO purchase.
Background:
The daily liquidity deficit has been hovering between Rs 87,500 crore to Rs 1 lakh crore, according to data from India Ratings.
RBI:
♦ Founded: 1st April 1935.
♦ Headquarters: Mumbai.
♦ 24th Governor: Dr. Urjit Patel. i. It surpassed Amazon.com, that lost $65 billion of market cap and is at the 3rd position, for the first time since April.
ii. Microsoft has a m-cap of $823 billion whereas, Amazon.com has a worth of $805 billion.
iii. Apple Inc tops the list at over $1 trillion after crossing that threshold in September. 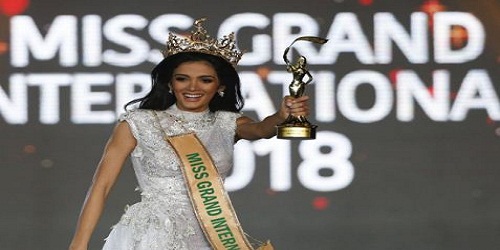 Scientists develop web-based tool to monitor fake news on Facebook, Twitter
Researchers at the University of Michigan in the United States, have developed a web-based tool to monitor fake news on social media platforms like Facebook and Twitter.
Key Points:
i. The tool uses a Platform Health Metric called the Iffy Quotient, which draws data from 2 external entities: NewsWhip and Media Bias/Fact Checker.
ii. NewsWhip is a social media engagement tracking firm. It collects URLs on various sites every day and then gathers information on which sites have engagements on Facebook and Twitter.
iii. Iffy Quotient queries NewsWhip for the top 5,000 most popular URLs on Facebook and Twitter.
iv. Then the tool checks to see if those domain names have been flagged by Media Bias/Fact Check, an independent site that classifies various sources based on their reliability and bias.

US military successfully tested ballistic missile intercept system
On October 28, 2018, the US military aboard the USS John Finn successfully detected, tracked and targeted and a medium-range ballistic missile off the west coast of Hawaii.
i. It was done by an SM-3 Block IIA missile and is the 3rd attempt so far.
ii. Previously, the US military had two failed intercept tests, in June 2017 and January 2018.
iii. The Standard Missile-3 Block IIA is a part of the US-Japan Aegis Ballistic Missile Defense system.

First indigenously overhauled Sukhoi-30 MKI handed over to IAF by 11 BRD, Ojhar
On October 28, 2018, the first indigenously overhauled Sukhoi Su-30MKI fighter jet was handed over to the IAF.
i. It was built by the 11 Base Repair Depot (BRD) of the Indian Air Force at Ojhar in Maharashtra’s Nashik district.
ii. It will be deployed with the Air Force base in Pune.
iii. It was handed over at a ceremony held at the Air Force Station Ojhar, about 200km from Mumbai:
By Air Marshal Hemant Sharma, Air Officer Commanding-in-Chief of Maintenance Command
To Air Marshal H S Arora, Air Officer Commanding-in-Chief of South Western Air Command.
About the Sukhoi-30 MKI:
♦ Sukhoi Su-30MKI is a twin-jet multi-role air superiority aircraft developed by Russia’s Sukhoi and built under licence by India’s Hindustan Aeronautics Ltd (HAL).
♦ The first Su-30MKI overhauled by 11 BRD took off on April 24.
About The 11 BRD:
♦ Established : 1974.

Vikram: lander for soft landing on the Moon successfully tested by ISRO
On October 26, 2018, the Indian Space Research Organisation (ISRO) successfully conducted crucial tests for smooth and precise landing ofVikram, the lander aboard Chandrayaan 2.
i. The Lander Actuator Performance Test (LAPT)  aimed to assess the performance of the navigational system onboard the lander.
ii. For conducting the tests, the mass had been reduced to 1/6th the actual lander.
Background:
ISRO intends to launch Chandrayaan-2 sometime in January 2019. The Mission will have an orbiter, lander and a rover.
ISRO:
♦ Headquarters: Bengaluru.
♦ Chairman: Dr. K. Sivan. Belgium occupies Top Spot in FIFA Rankings, India Stays at 97
Belgium has secured number one spot in the latest FIFA’s world rankings released on 25th October 2018.
i. Belgium and France were tied at the top spot in September 2018. Belgium, with 1,733 points, moved forward by a single point and has secured the top spot.
ii. Brazil remains in third position, followed by Croatia and England. India remains at 97th place.
iii. Gibraltar, which only became FIFA member in 2016, has reached its best ranking of 190. 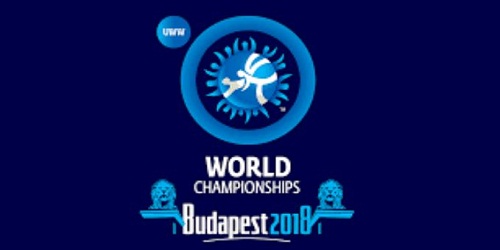 TMC founder member Pankaj Bandyopadhyay passes away
On 26th October 2018, Pankaj Bandyopadhyay, a founding member of the Trinamool Congress (TMC), died following a long term illness, in Kolkata.
i. He was 72 years old.  He was also former leader of the opposition in West Bengal assembly.
ii. He joined the Congress during late 1960s. He became an MLA from Tollygunge constituency in 1972 and 1996.
iii. He joined TMC when it was formed in 1998. He was the chairman of TMC’s policy-making body. He retired from active politics in 2006. 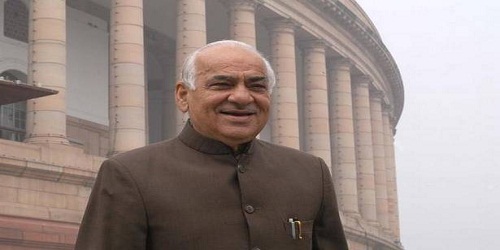 Key Points:
i. Madan Lal Khurana was 82 years old. He belonged to the BJP (Bharatiya Janata Party) party.
ii. He was the chief minister of Delhi from 1993 to 1996. He was the governor of Rajasthan in 2004.
Some museums in Delhi:
♦ Ghalib Museum
♦ National Rail Museum
♦ Children’s Museum, Siri Fort