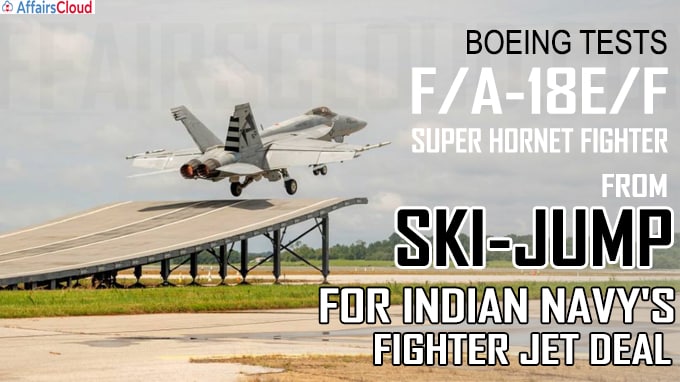 ii.Ski-jump is an upward-curved ramp which allows aircraft to take off from Aircraft Carriers.

ii.The Ability of F/A-18E Super Hornet to interface with the Navy’s P-8I as a “force multiplier” and also with other platforms under induction.

iii.As part of Boeing’s “By India, for India” sustainment program, the hornets can be serviced in partnership with the Indian Navy as well as India & US based partners throughout the lifecycle of the fighter jet.

iv.At present, Mikoyan MiG-29K is serving as  Fighter Jet of the Indian Navy.

i.STOBAR – Aircrafts use their own power using a ski-jump to assist take-off.  Indian Carriers mostly use the STOBAR system.

ii.CATOBAR – Under this technique, aircrafts launch using a catapult-assisted take-off and land on the ship using arrestor wires.

iii.STOVL – Using this technique, STOVL takes off from a short runway & or takes off vertically if it does not have a heavy payload.