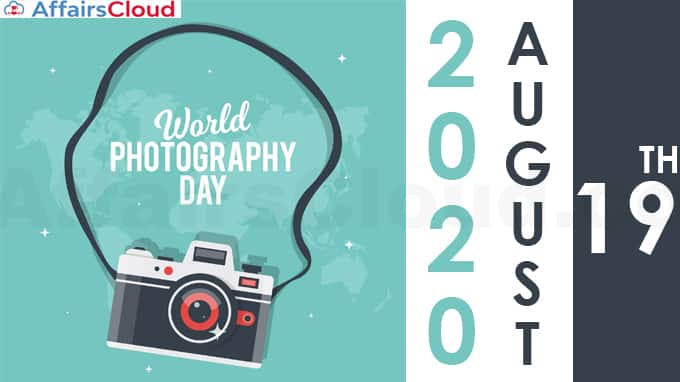 The World Photography Day also known as World Photo Day is observed annually on 19th August with an aim to inspire photographers across the globe to share a single photo with a purpose of sharing their world to the world. The day celebrates the arts, crafts, science and history of Photography.

The first official World Photo Day was marked on 19th August 2010 when the first global online gallery was hosted with around 270 photographers who shared their photographs.

iii.The French Government purchased the patent and announced the invention of the Daguerreotype process as a gift “Free to the World” on 19th August 1839.

ii.The word was derived from the greek word Phos which means “Light” and Graphe which means “drawing or writing”.

i.The first permanent photographic image which was known as “View from the Window at le Gras” was taken using the Heliography process

ii.A set of three balck and white photographs taken through Red, Green and Blue filters by Thomas Sutton in 1861 were the first durable colour photographs.