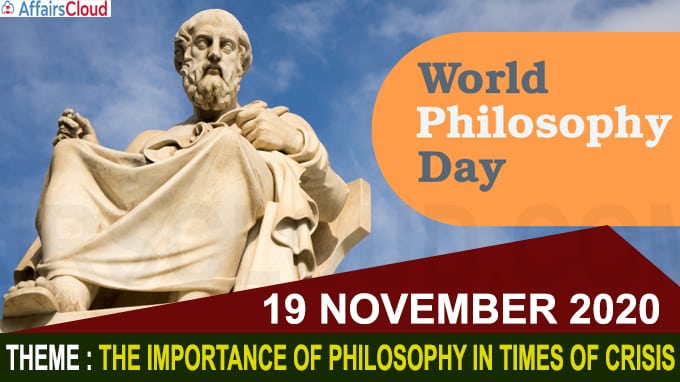 The theme of World Philosophy Day 2020 is  “The importance of philosophy in times of crisis”.

ii.The UNESCO General Assembly proclaimed that every 3rd Thursday of November as the World Philosophy Day in 2005.

ii.UNESCO Network of Women Philosophers of Latin America organised a cycle of webinars on “Philosophies in times of crisis: contingency, world and humanity” on 18th and 19th November 2020.

iii.As a part of the 2020 World Philosophy day, the 19th International Encounters on New Philosophical Practices (NPP) under the theme “The time to think; the time of thought” was conducted over a virtual platform on 19th and 20th November 2020.