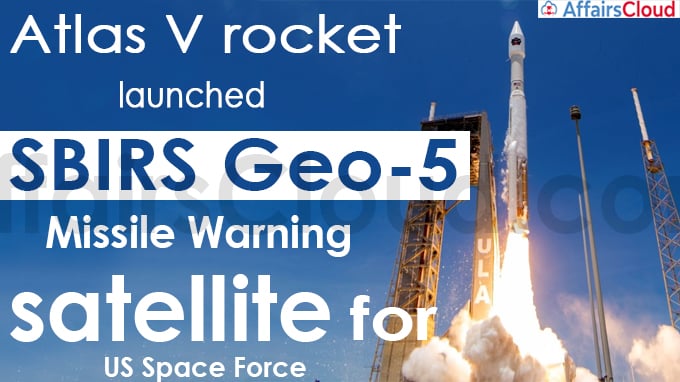 i.The satellite has been designed to detect and track plumes produced by missiles launched across the world.

ii.The Satellite weighs around 4, 850 kgs and is equipped with sophisticated infrared scanning and staring sensors which allow the military to track missiles that might threaten U.S. and its allied forces.

iv.USSF is the space service branch of the US Armed Forces. It is the world’s 1st and currently only independent space force.