NASA has conferred the Exceptional Public Service Medal to Michael A’Hearn. He is one of the world’s leading comet scientists, posthumously on 12 June 2017. 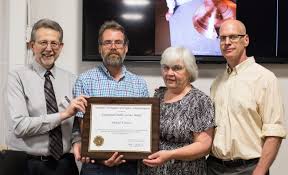 Michael was born on 17 November 1940, Michael A’Hearn was an elected fellow of the AAAS.

NASA’s Cassini spacecraft successfully travels between Saturn and its rings