Indian Army kicked off a week long Multinational Field Training Exercise (FTX) “Force 18” in Pune at headquarters of the Indian Army’s Southern Command. It will conclude on March 8, 2016. This is the maiden multinational exercise ever conducted by ground forces on Indian soil. 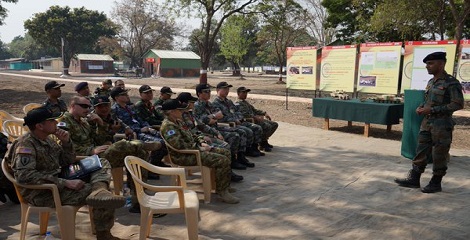 About Force 18:
The exercise has been conducted on the sidelines of Look East policy and is also the outcome of ADSOM Plus (ASEAN Defence Senior Officers’ Meeting) held in Malaysia in March 2015.

It will enable the armies of participating countries to develop a common understanding in handling any complex situation.

Key Highlight about “Force 18”
The Indian Army contingent of 40 soldiers is being led by Lt Col Sophia Qureshi, a woman Officer from the Corps of Signals.

Hand-in-Hand – A military exercise between India and China