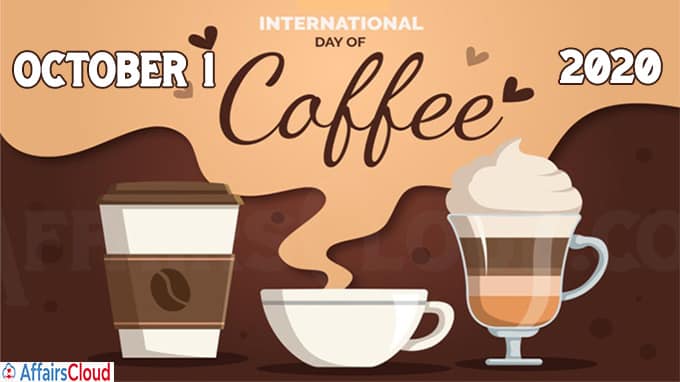 International Coffee Day is observed annually on October 1 to celebrate coffee and recognize the efforts of people who are associated with the coffee industry namely, farmers, roasters, baristas, coffee shop owners globally. The day also promotes fair trade coffee and raise awareness for the coffee growers.

i.This year’s focus is to help the next generation to realise their future in the coffee sector

ii.ICO on the occasion of the International Coffee launched  ‘Coffee’s Next Generation’, a  global initiative that targets talented and motivated young people and entrepreneurs in the coffee sector.

Many countries celebrate national coffee day on other dates, eg, National Coffee Day in the United States(US) on September 29 every year.

Coffee is a brewed drink prepared from roasted coffee beans, the seeds of berries from certain Coffea species. It is one of the most loved beverages in the world.

Among others Caffeine is a central nervous system (CNS) stimulant of the methylxanthine class. It is the world’s most widely consumed psychoactive drug.