According to the annual banking statistics report compiled by the Swiss National Bank (SNB), India has slipped to 74th place in terms of money parked by its citizens with Swiss banks by the end of 2018. While with maximum holdings, UK (United Kingdom) has remained top in the list. 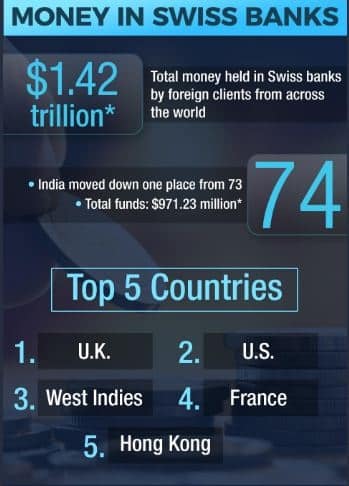 About Swiss National Bank:
It is the central bank of Switzerland, and is therefore responsible for the monetary policy of the nation of Switzerland and also for the issuing of Swiss franc banknotes
Headquarters‎: ‎Bern‎ and ‎Zurich
Chairman‎: ‎Thomas Jordan